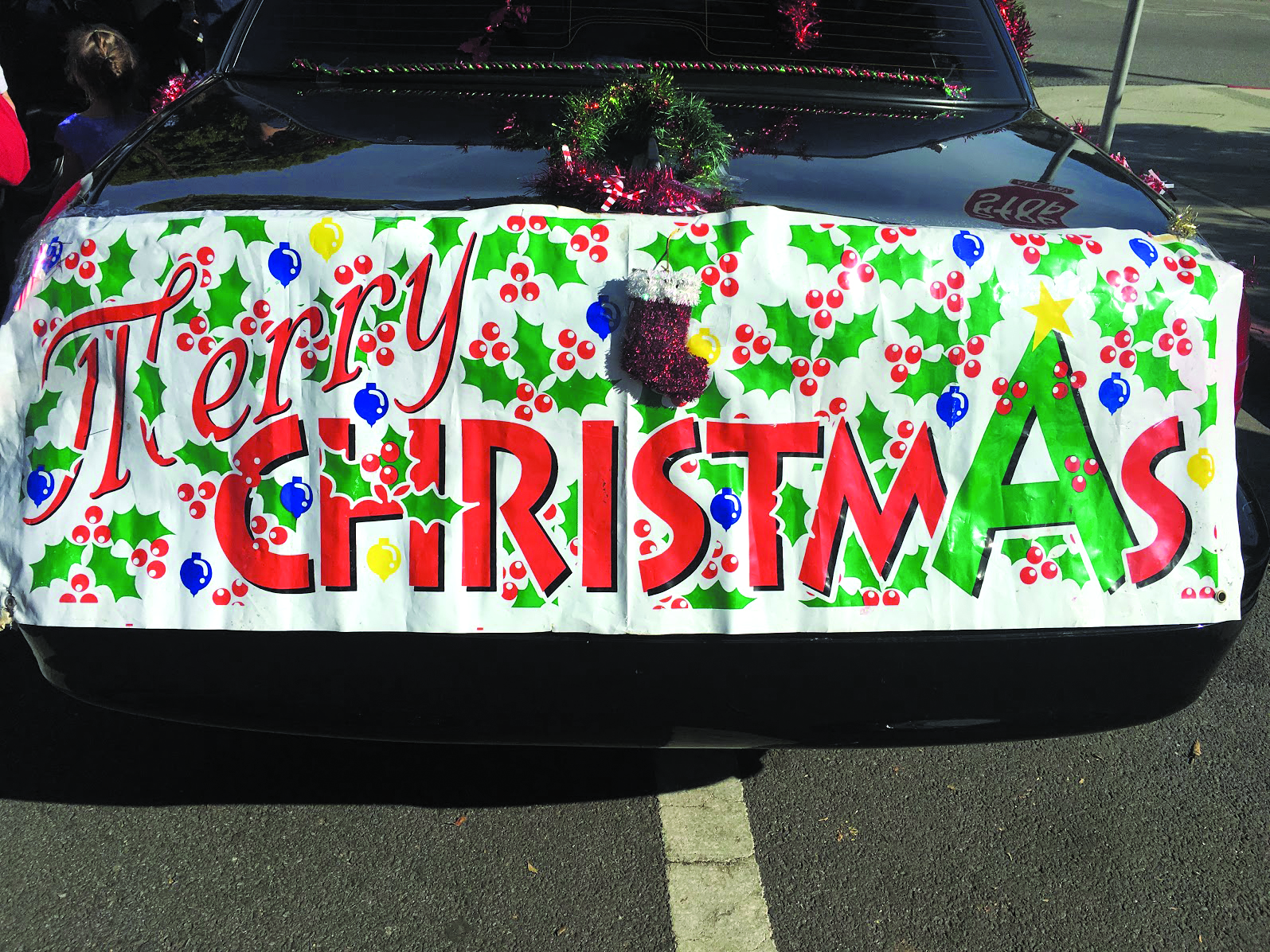 Saturday, Dec. 9 saw the Santa Monica Firefighters’ and Police Officers’ Associations co-sponsored Santa Monica’s annual Candy Cane Drive for the 25th year in a row. Vehicles from both the local fire department and police department, many of which were adorned with Christmas decorations, escort Santa Claus and a team of volunteers to parks across Santa Monica.

At each of the six locations, which included Douglas Park, Christine Reed Park, Virginia Avenue Park, Marine Park and Clover Park, kids could get their pictures taken with Santa Claus, who rode at the front of the motorcade as it arrived at each park, as well as with the decorated vehicles. Additionally, volunteers both from the fire and police departments, alongside civilian volunteers of all ages handed out candy canes to attendees of this event.

“This is Police and Fire’s way of being part of our community,” said Santa Monica Police Captain Wendell Shirley, “and to take time out to be thankful for what we have.”

As Captain Shirley was discussing the importance of engaging with the community he and his police department are sworn to protect, a child approached him and handed him a note thanking him for his service to the city, along with a small gift, wishing him a Merry Christmas.

“This is true community policing right here,” Shirley said. “The support the community gives to public safety is great.”

Captain Shirley has been a member of the Santa Monica Police Department for 24 years, and participated in the event every year since he joined.

“I’ve been doing this every year. It’s just a great event,” he said.

At its first stop, at Douglas Park, of the dozens of families, while some were walking from their cars, having driven their children to the park to get a photo alongside emergency vehicles and Santa Claus, many of those attending came from homes in the surrounding neighborhood. Each visit to each park gave members of the surrounding local areas a chance to join in on the holiday cheer.