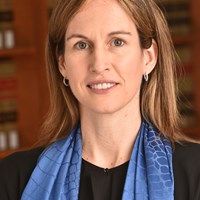 The Santa Monica City Attorney’s Office has filed a criminal complaint against Bird Rides, Inc. (“Bird”), a corporation that offers motorized scooters for rent in Santa Monica. The complaint alleges that Bird has repeatedly violated local laws by operating without a business license. Bird scooters are often found in the public right of way, including on sidewalks. The company has repeatedly refused to comply with City citations.

The City’s Code Enforcement Division, in coordination with the Santa Monica Police Department and Business Licensing Division, investigated the case after receiving complaints from the public. The investigation disclosed that Bird has been operating a scooter rental business in the City without a business license.  After refusals by Bird to cooperate, these law enforcement agencies jointly referred the case to the City Attorney’s Office for criminal prosecution.  Deputy City Attorney Eda Suh filed criminal charges against Bird on December 6, 2017.  On the same day, Los Angeles Superior Court Judge Tamara Hall, finding reasonable ground to believe that Bird had committed the offenses charged in the compliant, issued a summons to Bird requiring it to appear in court to answer the charges on February 1, 2018.

Bird employees, without required City authorization, flooded City public sidewalks with motorized scooters for rent on a daily basis.  These scooters obstructed pedestrian access to public sidewalks, and blocked driveways and ADA Ramps.  City staff repeatedly warned Bird against continuing their illegal business activities. The City also issued multiple citations directing Bird to obtain proper business licenses, to remove the scooters from the public sidewalks, and to cease storing scooters within the public right of way.  However, Bird continued to disregard the City’s warnings and even citations.

California law also prohibits the riding of motorized scooters on public sidewalks and requires anyone operating a motorized scooter to possess a valid driver’s license or instruction permit, and to wear a helmet.  See California DMV website for further information atwww.dmv.ca.gov. State law further bars riders from abandoning motorized scooters on the sidewalk or parking them in a manner that impedes pedestrian traffic.

Anyone with further information about such illegal activities should immediately contact the City’s Police Department at (310) 458-8491or Code Enforcement Division at (310) 458-4984.