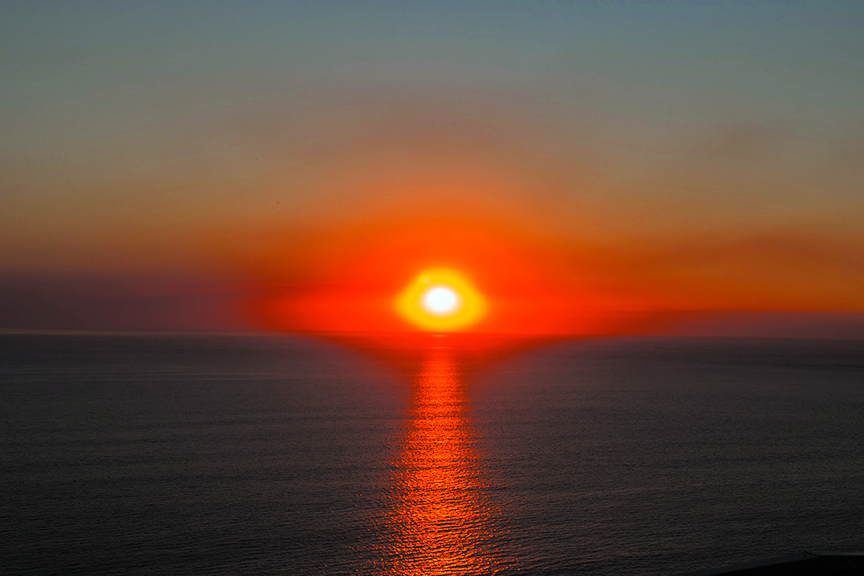 With the nearby Skirball Fire and gusty Santa Ana winds on Santa Monica’s doorstep, and Malibu flare-ups occurring, residents are being advised to be prepared in case of emergency. Santa Monica Fire Department (SMFD) is on high alert with brush-clearing prevention work Fire on the Horizon: What to Do in an Emergency Evacuatioin full force in an effort to limit damage should fire occur.

“A team of firefighters were deployed overnight until early morning on Thursday conducting a safety patrol of the Santa Monica monitoring for fire and embers with the increased winds and the uncontained Skirball Fire,” said SMFD Fire Captain Patrick Nulty. “This was a preventative measure and it’s important that residents stay vigilant and take measures to dispose of combustible material around their homes and stay alert of the current conditions.”

The City is advising all residents to be aware of changing conditions.

“We ask that residents and visitors closely monitor updates and avoid the fire areas to allow emergency responders the access they need,” Lindsay Barker, Chief Resilience Officer for the City of Santa Monica told The Mirror. “Take this time to prepare your home, build a kit of supplies, and have a plan with your friends and family.”

The fires saw L.A. City quickly implement the International Association of Fire Chiefs (IAFC)’s “Ready Set Go” action plan, and according to the City, Santa Monica would do the same.

“If there’s potential for evacuation, residents in a defined area would be put on “evacuation advisory” similar to areas west of the 405 Freeway, east of Mandeville Canyon Road, north of Sunset Blvd,” the City said, explaining the Ready Set Go plan.

Ready entails disposing of combustible material around your home and trimming trees and bushes.

Set consists of preparation measures such as putting together a “Go-Kit” (medication, documents, supplies), creating an action plan with family and neighbors, including practice exit plans, and signing up for emergency notifications and alerts via social media.

Go means go. Get your Go-Kit and leave well before the threat approaches. Stay aware of the situation and stick to your plan. Cooperate with local authorities, including the re-entry process.

To be prepared and create your own action plan head to wildlandfireRSG.org.

If there is an imminent threat to Santa Monica and evacuation is mandatory, law enforcement will notify all residents similar to the efforts seen in the current wildfire evacuations across the region, the City said.

An SMAlert will also be issued to all residents and businesses in the impacted area. This evacuation message will go out to landlines that are registered in public records as well as all cell phones and e-mail addresses that are registered with SMAlerts, Santa Monica’s mass notification system.

“Public Safety notices have currently been used throughout the wildfire incidents to notify the Santa Monica public about local cancellations, weather-related hazards, and traffic information,” the City said.

Local facilities including Westwood Rec Center have been transformed into emergency shelters with supplies and volunteers from Red Cross on hand. Should Santa Monica be evacuated, residents will be notified via SMAlerts and online of which evacuation centers are available.