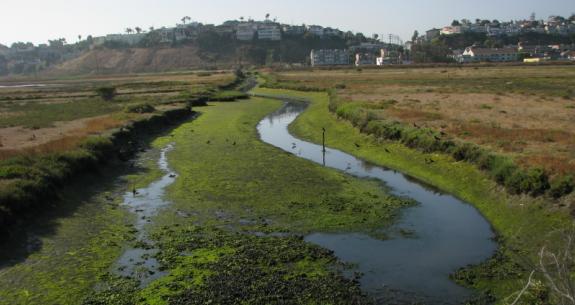 Dear Editor:
The Ballona Wetlands Land trust is encouraged that our paid advertisement finally prompted Heal the Bay to comment on the clearly incompatible land use of outside interest parking in the Ballona Wetlands Ecological Reserve. Our ad accurately noted the relationship between the existing and proposed parking facilities and the commercial businesses across the street. Our observation that Heal the Bay was tacitly supporting these parking uses stemmed from their repeated refusal to comment on this important element of the draft restoration plans for many months, despite leading an aggressive public influence campaign on the topic. Heal the Bay has been conspicuously silent on multiple issues of special interest manipulation of this public resource, even as smaller groups work tirelessly to stave off encroachment. Heal the Bay President Shelley Luce has been well aware of the proposal to construct a three-story parking structure in our public ecological reserve since 2013, when she was Executive Director of the Santa Monica Bay Restoration Commission. The details and diagrams for the proposed garage are on only a handful of pages in the draft restoration plans, so it is unclear how much more time Heal the Bay’s staff scientists will need before determining that employees of private restaurants and shops should no longer be parking in a public ecological reserve, whether in a newly constructed garage or in the existing surface parking lots. We look forward to Heal the Bay’s official comments on this matter.
Sincerely,
Walter Lamb
Ballona Wetlands Land Trust