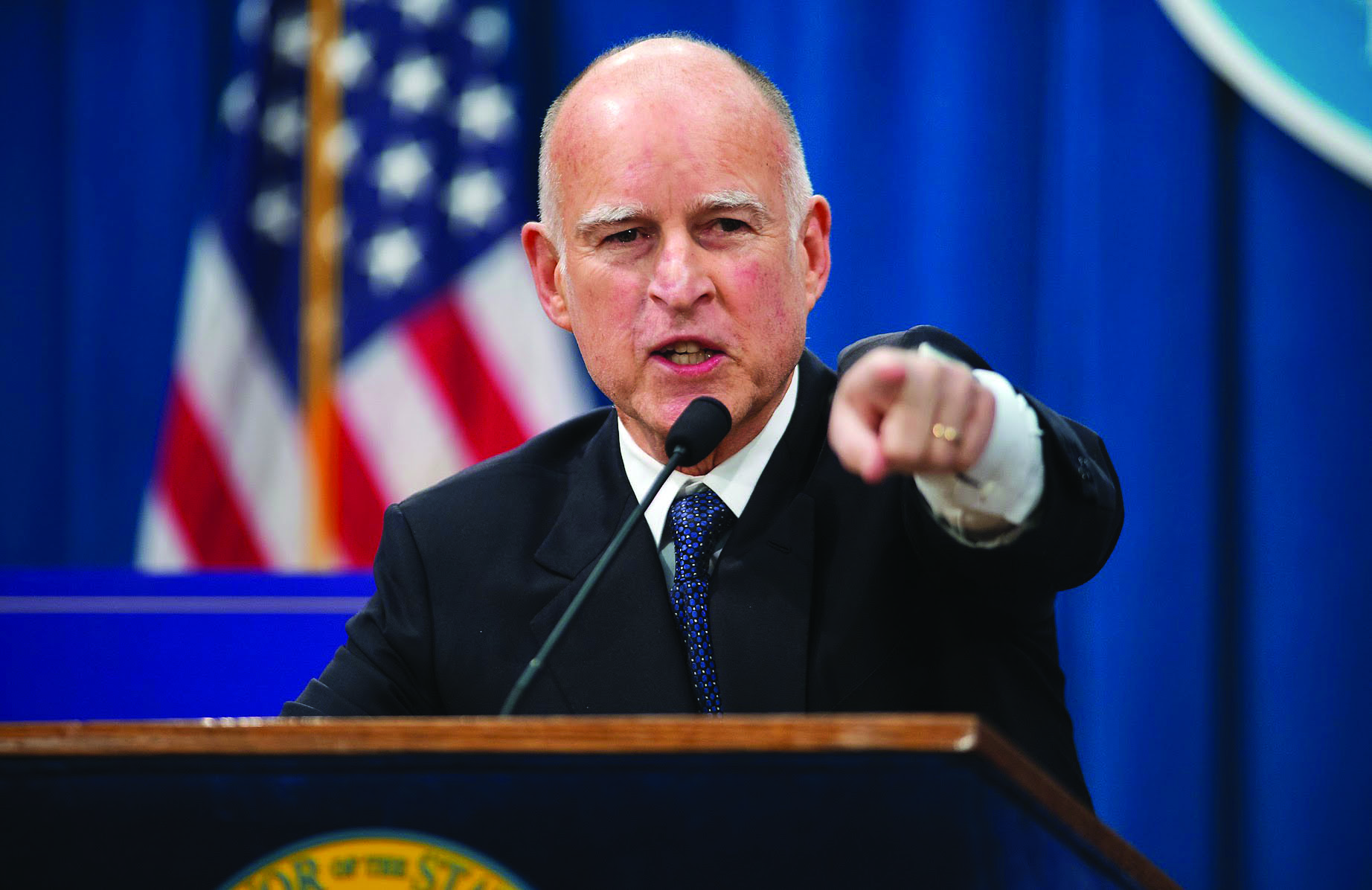 On the day Gov. Jerry Brown returned to his office after 12 days wandering around Europe preaching the ills of climate change and the current United States response to it, a Los Angeles judge unsealed the latest evidence of corruption among his appointees here at home.

The key revelation in documents made public after more than a year of secrecy once again spotlights the California Public Utilities Commission – made up primarily of trusted former Brown aides. Other problem areas also festered during Brown’s absence.

The documents show the PUC asked the Legislature for $6.045 million in early 2016 to pay private lawyers for allegedly helping it comply with subpoenas and search warrants in the state attorney general’s ongoing criminal investigation of a highly questionable settlement that now sees consumers paying about 70 percent of the cost for shutting down the San Onofre Nuclear Generating Station. The new money comes atop $5.2 million in public money the commissioners paid their lawyers since 2015.

That essence of the San Onofre settlement was reached during a secret meeting between leaders of the PUC and the Southern California Edison Co. in a luxury hotel in Warsaw, Poland almost half a decade ago.

Under pressure, the PUC has reopened its decision on that agreement, which precluded public hearings that might have spotlighted Edison’s key role in causing the plant’s shutdown.

The documents demonstrate that once the PUC got its new funds, the private law firm it hired fought the investigation, rather than cooperating with it, as the PUC had promised. Among other things, those private lawyers questioned the validity of a key search warrant and tried to assert the Warsaw meeting was legal – even though the commission had already fined Edison for not formally reporting it.

(Irony: The commission was in on the meeting, but fined other participants for not reporting. Meanwhile commissioners neither reported the meeting to the public nor fined their own participant.)

Said San Diego consumer lawyer Maria Severson, one of two attorneys who won release of the long-hidden documents, “There were sufficient facts in the (subpoenas) to lead to a strong suspicion of guilt,…nonfeasance and even malfeasance (and) probable cause (to believe) that they conspired to obstruct justice or the administration of the laws.”

Brown said nothing about the released documents, and has refused comment repeatedly about dubious PUC moves. He has yet to criticize any of his commission appointees, while they refuse repeated requests to furnish a legal justification for use of public funds to defend commissioners in a criminal investigation.

Meanwhile, the PUC issued a written statement insisting it “has cooperated with the attorney general’s office though every step of the investigation.” That’s not what the judge, William C. Ryan, concluded when he wrote that “The PUC has withheld hundreds of documents, claiming…privilege.”

State Assembly Speaker Anthony Rendon, whose house okayed the funding, added in an email that “I believe the PUC can expect vigorous examination (from lawmakers).”

As this went on, Brown also was mute about admitted interference by aides to University of California President Janet Napolitano with an audit of UC. While state auditor Elaine Howell asked UC regents to consider disciplining those who interfered with the audit, Brown said nothing, even though he has been an ex-officio regent for many years.

It’s hard to believe Napolitano didn’t know what her aides were up to. When football or basketball coaches’ assistants break rules, the head coach is usually fired. Why not Napolitano?

Nor did Brown punish Energy Commission members for handing out tens of millions of gasoline tax dollars to a company headed by a former academic who advised that commission’s staff on how to evaluate grant applications for hydrogen highway funds, then quit his university job and three months later filed a multimillion-dollar grant application that was accepted.

Instead of firing or disciplining the commission chairman who enabled this obvious conflict of interest, Brown reappointed him.

The time is long gone when Brown could plausibly deny knowing of the corruption among his appointees or others in whose choice he had a hand, like Napolitano.

It’s all part of a pattern of not merely corruption, but complete unaccountability in Brown’s administration, where top appointees usually continue in prestigious, powerful jobs no matter what misdeeds they do or okay.