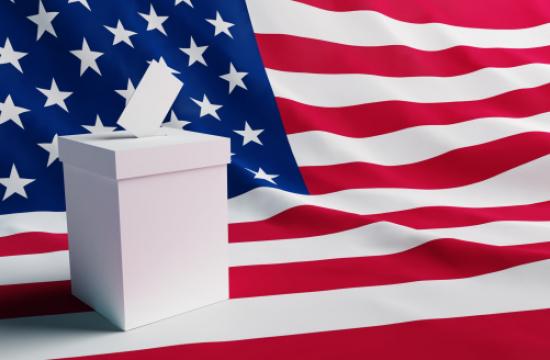 California will be exploring new ground as the impending election year builds to its climax in early November. For the first time ever, big donors to ballot proposition campaigns will not be able to hide behind phony campaign committee names like “Californians for Safe Streets” and the like when they put their money behind causes, many of which can be self-serving.

It will now be somewhat harder to keep dark money from having at least some light shined upon it.

But no one can be certain just yet how difficult it will be for real donors to hide and just how exposed they might soon be. That’s partly because of some rather vague language in the state’s new Disclose Act, quietly signed as Assembly Bill 249 by Gov. Jerry Brown, who issued no statement along with his signature, as he often does on important bills.

Advocates contend the language of the new law “will fundamentally change how campaign financing is disclosed,” as legislative sponsor Kevin Mullin, a Democratic assemblyman from San Mateo, put it.

And it might do that. The bill requires ads for ballot propositions and independent expenditure ads for and against candidates to identify their top three funders, with none able to hide behind sometimes-misleading committee names. The idea is to identify people and organizations actually trying to exert influence, possibly causing some to downsize their contributions if they don’t want to be listed publicly as leading donors.

This should let voters know exactly who is trying to influence them. From the “who,” it’s often easy to deduce the “why,” so California ballots could be cast in the most educated manner ever.

Of course, this measure might have been even better than what has now become law. It could have required that disclosures of donors be made in a print size equal to the largest anywhere else in an ad. But that was amended out of the bill as it progressed through the Legislature. Instead, disclosures must be made “clearly and prominently,” a vague phrase that will no doubt be litigated for years.

Expect some of the political consultants who conceive, write and approve the ads that will be ubiquitous as 2018 progresses to try to obfuscate matters. Their radio ads may feature the same kind of ultra-speed-reading often heard when pharmaceutical companies list drug side effects near the end of their ads.

But newspaper and television advertising will have to include printed information on true campaign funders. In the beginning, some campaigns may try to get away with small print, but that almost certainly won’t fly in the long run.

So while this law does contain some vagueness, it is far better than no law, a clear-cut case of not letting the perfect (identification in letters that match the largest elsewhere in the ad) outweigh the good.

The law’s other flaw is that it does not demand exposure of the largest direct contributors to candidates, whose donors often launder their contributions through the major political parties at both the state and country levels. But there is nevertheless plenty of improvement over the longstanding ability of big donors to remain almost completely anonymous.

Trent Lange, president of the California Clean Money Campaign, which pushed the Disclose Act for more than seven years before its final passage on a fairly bipartisan vote (five Republican assembly members from swing districts joined almost all Democrats in supporting it), called the new law “the biggest blow yet against the unlimited secret money unleashed by Citizens United.” That’s the landmark U.S. Supreme Court decision declaring that corporations are like people when it comes to political giving.

The bottom line is that even with some vague parts of the new law likely to be disputed and litigated over the next few years, there will still be more disclosure of campaign finance information than ever before seen anywhere in America.

But we will all have to wait and see how much real voters care about this and whether it really affects the way votes are cast.