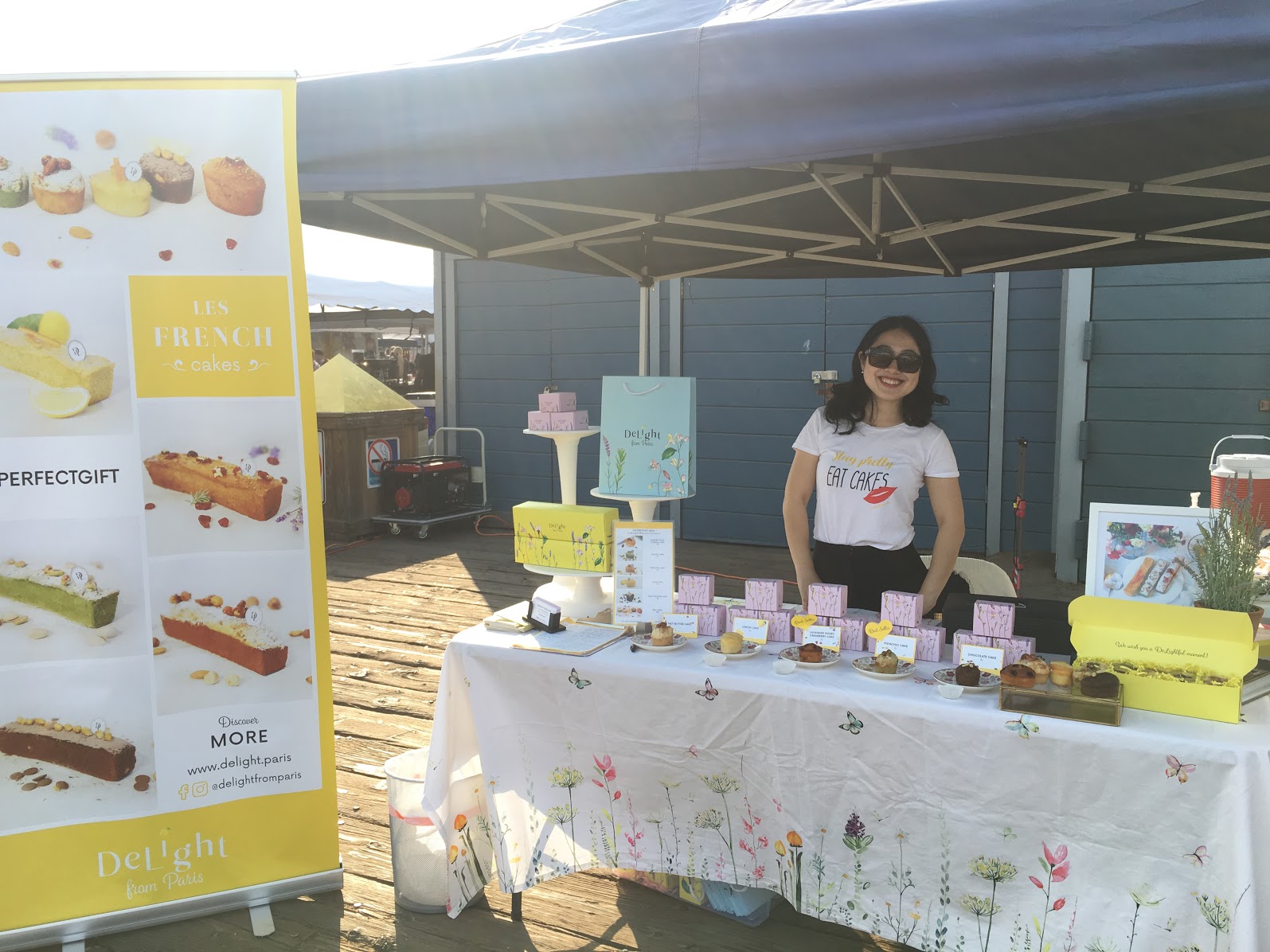 The Odd Market, a popular event series that travels across Los Angeles, sees mostly independent vendors sell all sorts of things, from food to clothing, home goods, nick knacks and more. Saturday, Dec. 16 saw the market return to Santa Monica Pier for a Holiday-themed edition that drew crowds in search of gift inspiration.

“It’s been great,” said Hennessey, about participating in the Odd Market. “I live inland so it’s always kind of a privilege to have an excuse to come out here.”

While he occasionally sells at similar events, they’re mostly dedicated comic book conventions and not markets as expensive as the Odd Market, though he noted that, since books are starting to have a reduced retail footprint, it can be refreshing for a book vendor to be part of one such event.

“It’s something I could do any weekend, but I wouldn’t get any writing done,” he joked.

Ditch Planet was also among the L.A.-based independent businesses with a table at Saturday’s event, selling candles and scented room sprays. Company founders Brooke and Peo explained that they had sold at the Gene Autry Museum Odd Market location in the past, but that this was their first time on the pier.

While Ditch Planet has booths at other events around town, like the Melrose Trading Post and the Renegade Craft Fair, she finds the Odd Market to have its own character.

“I feel like the Odd Market has a much more laid back vibe,” Brooke said.

DeLight from Paris, which was one of the food vendors featured at the event, was not only participating in its first Odd Market, but launched as a business just two months prior.

She then explained that their French-style tea cakes are packaged in boxes adorned with pictures of the flowers used as ingredients in the recipes for the cakes.

These were just a few of the many vendors present at the pier on Saturday. For more information on upcoming Odd Market events on the Pier and elsewhere in Los Angeles, visit theoddmarket.com.