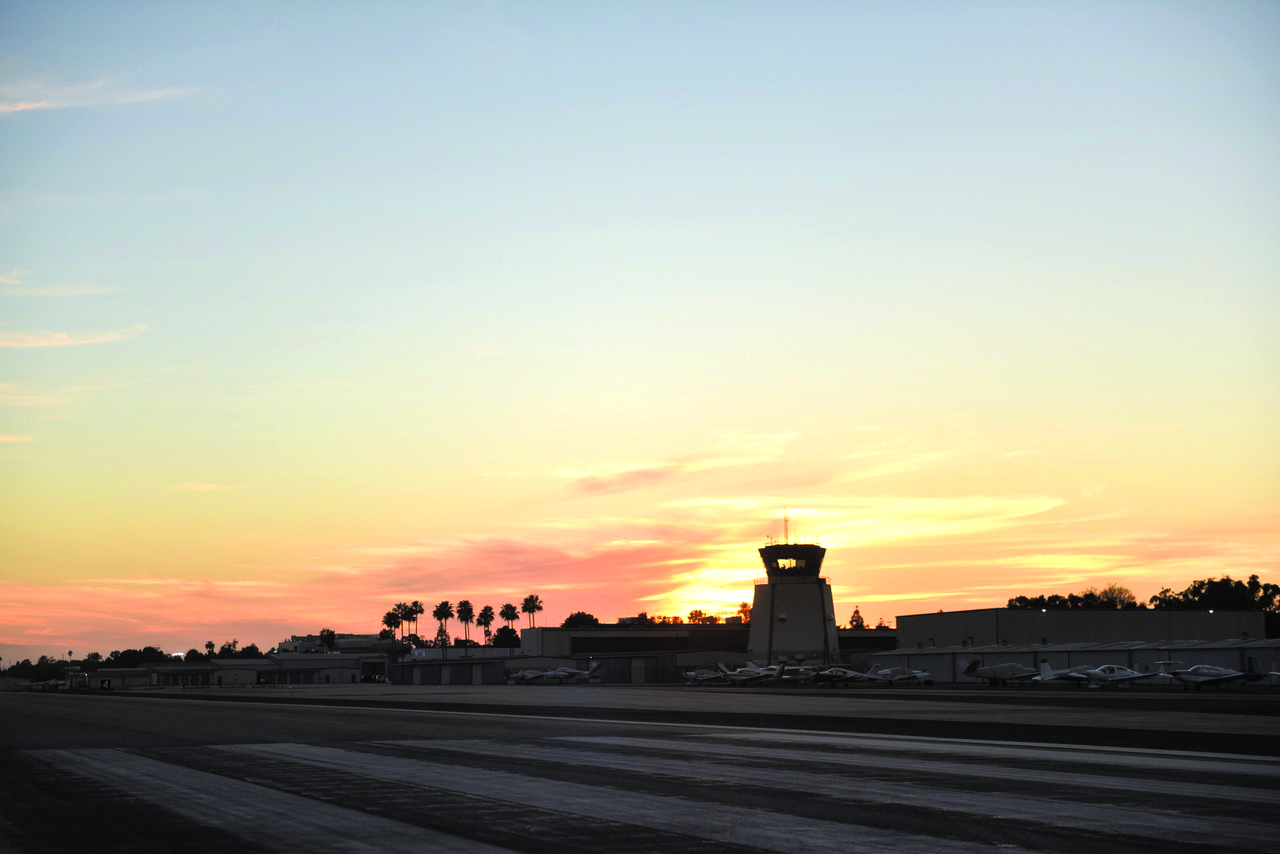 The 10-day complete shutdown of SMO is to shorten the runway to 3,500 feet from its previous 4,973-foot length.

“The peace and quiet at the moment is a hugely welcome relief from the recent hell from ever-increasing jet noise,” resident Gavin Scott told The Mirror.

The construction is scheduled to finish Dec. 23 according to the City, with the airport closed to all aircraft operations during this time and construction crews working 24 hours a day.

The shortening is part of a Consent Decree between the City of Santa Monica and the Federal Aviation Administration.

“This is a historic day for the residents of Santa Monica and demonstrates the City’s commitment to protecting the health and wellbeing of residents and our neighbors,” said Mayor Ted Winterer. “The shortened runway will reduce jet operations over the next ten years while also enhancing the safety areas on either end of the runway, something our residents have called for for many years.”

The City circulated an email earlier this week stating: “Starting December 24, there will be a reduction in jet aircraft operations resulting from the shortened runway, which will minimize the overall noise exposure to the residents near the airport. In addition, the enhanced safety areas at the end of the runway will protect residents from jet aircraft going beyond the runway ends and into residential neighborhoods.”

Some in the aviation community warn of noise increases due to smaller jets being forced to alter their landing and takeoff paths closer to homes due to a shorter runway, some residents say that this would be impossible.

“If smaller jets flew any closer to our house they would be going through our kitchen: any closer would be absolutely inexcusable,” commented Scott.

At the same time, an airport air quality study has been commissioned by the City, with Tufts University awarded the $54,342 contract.

“With this study, the City seeks to learn whether the change in the turbine aircraft fleet mix impacts the air quality surrounding the airport by comparing levels before and after the runway shortening against baseline data collected during the closure,” the City said. The study began Dec. 4. For more on SMO go to: smgov.net/departments/airport.