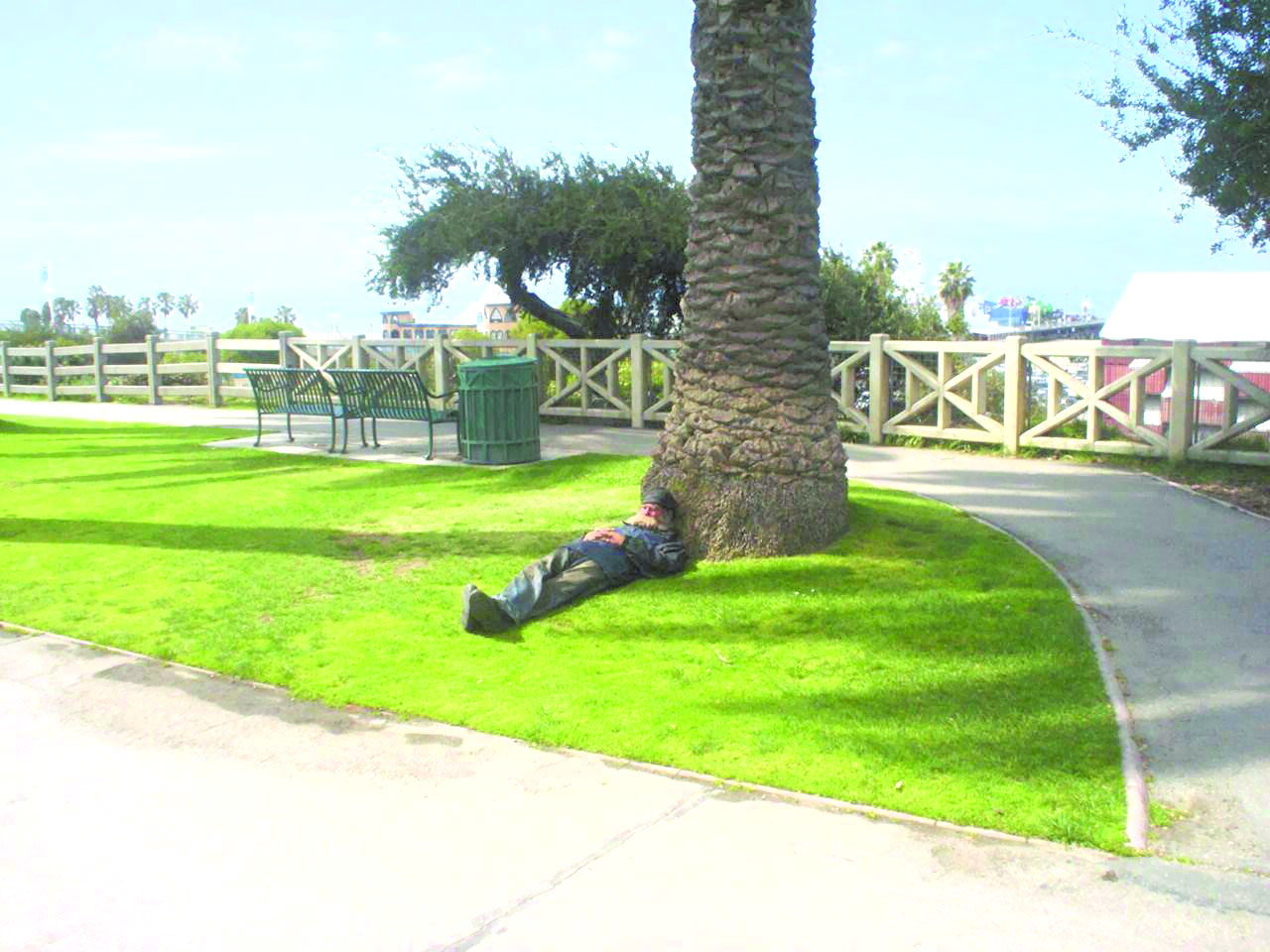 The music could be heard from blocks away. A man holding a large boombox on his shoulder, striding down Santa Monica Boulevard toward the Promenade, followed by a couple dancing happily to the loud rhythm.

As the celebrating trio drew near, this writer noticed an elderly man dressed in rags and wearing a hospital patient’s wristband, sprawled on the sidewalk next to REI. His back against the building wall, his head falling off to one side and then the other, he seemed unable to remain conscious. The dancing couple walked by, seemingly unaware, and the gentleman on the ground fell to one side. I called 911.

In the last year, Santa Monica’s homeless population rose by 26 percent. By May of this year, according to a report received by City Council, the city’s homeless population reached nearly 1,000 residents; an increase of almost 200 over last year. For the past several years the city’s homeless population had remained relatively stable, after dropping significantly between 2009 and 2010. But this year the numbers have climbed back to 2009’s figures. Almost every block in the Downtown area has homeless individuals seeking help, and late at night the Promenade turns into a kind of dormitory, with almost every bench occupied by a sleeping person.

Many of us are used to arguing about the selfishness and self-regard of the top 1 percent. The homeless individuals in our town amount to 1 percent of our population as well; but these are the bottom one-percenters, and often the sickest and most vulnerable ones too. For the past few years we have witnessed the refugee crisis in Europe; the result of wars, famine and economic dislocation. But what are the homeless people in our own community if not refugees? They too have become victims of dislocation and forces beyond their control.

For many people in this town, the tragedy of homelessness has become a kind of pervasive and unsolvable condition, like the weather, with the victims blending – seemingly invisibly – into the background noise. Homeless individuals walk around town like ghosts, and sleep on the sidewalks at night in crowds, ignored by almost every passer-by. We avoid dealing with this problem at our peril. The more the challenge grows, the harder it will be to find solutions.

Cities are intended for people. Not corporations, not developers and not faceless institutions. When we adjust the city’s design, it needs to account for everyone living and working in it, and that includes folks without homes. It may not be easy to reconcile the needs of everyone within the tent, but that is the task that is required now, and the solution we expect from our leaders and institutions. In coming weeks the SMa.r.t. group will publish more articles on this topic, discuss the city’s planning and design issues that accompany homelessness, and propose a variety of ideas and solutions.

By the time this article is published, City Council will have received its latest Homelessness report and discussed the recommendations it contains. The city has developed a Strategic Goal Action Plan to deal with the matter, and the staff has recommended a number of actions, including the creation of homeless outreach teams, new and better training, and better use of local resources. The staff report is available here: tinyurl.com/yd2h7ujf. Santa Monica has never been at a loss for creative solutions, but the trick lies in implementation. We will see, in coming months, how these recommendations get carried out.

A few minutes after my call to 911, the sirens could be heard. The elderly gentleman on the ground heard the signal and attempted to get up. The Fire Department’s truck arrived in short order, and the well-practiced team descended and immediately came to the man’s help. He wanted to go to the hospital, but on his own power. The firefighters checked him out briefly, helped him to his feet, and he walked off, slowly and painfully, toward Santa Monica Hospital. I identified myself to the friendly officer in charge, and answered a few questions, including the reason for my call. Then he asked me, with a quizzical look: are you from around here?

The reason for the question was obvious.