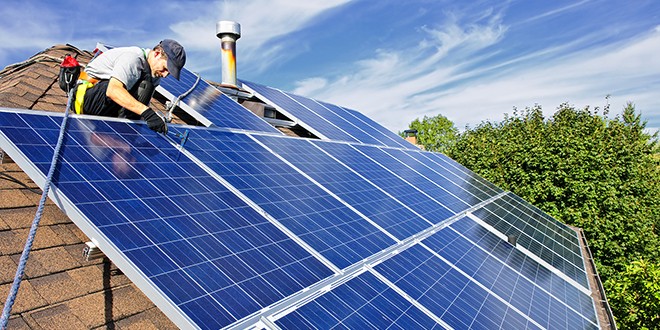 If you are considering a major remodel, or building a new home this year, you should prepare yourself for additional costs. Although the State has mandated that all new residences in California must be “Net Zero” by 2020, Santa Monica’s City Council has voted to move this deadline up by two years to 2018. To assist residents comply with the new ordinance, the City will make consultants available to them at City Hall. What the City will be unable to provide, however, are the additional laws necessary to protect the rights of those residents who do comply. Here is an ominous warning from the Energy Policy Initiatives Center in San Diego:

When the Solar Access law was passed in 1978, it included the “California Shade Control Act” to protect newly installed solar systems from shading. While well intentioned, this statute ultimately provided few specifics to protect single-family residences. The only recourse for a homeowner to protect their solar access was to purchase solar “easements” from adjacent property owners. In some cases, the expense of doing so might render their systems cost prohibitive.

I assume the reason that solar easements cannot be mandatory is because they would devalue the adjacent land-owners property and constitute the “taking of property” without just compensation. Could a similar case be made, however, if a city mandated that residents install costly solar systems that later became shaded, and hence obsolete? Who would be responsible if these city-mandated solar systems were rendered unusable due to the same codes that allowed for a neighbor’s additional height? Since Santa Monica City allows significantly higher commercial buildings adjacent to their lower, residential neighbors, this is a likely scenario. Legal issues aside, is it fair and reasonable to force residents to invest in an unsecured asset – a solar collector with no legal protection from potential shading by adjacent structures or trees?

In any case, the City’s rush to adopt the mandated Net Zero policies is premature. While it may be good public relations, it is poor policy before the necessary safeguards are in place. Santa Monica is not alone. Since the Solar Access Act’s enactment over 20 years ago, most municipalities are still struggling to determine how to address ‘detrimental shading’, and the legal remedies. Hence, “solar access rights” for residents with solar systems remain vague and unenforceable in most municipalities. A few cities have grappled with this issue, with modest success. Now is the time for Santa Monica to do the same.

Santa Monica could take a proactive approach by providing some form of protection, financial and otherwise, for mandated solar systems that might later be negatively impacted by adjacent, new construction. If this were the case, it is likely that these assurances could accelerate the adoption of solar energy for two reasons: 1) one’s investment would be protected, and 2) first adopters could establish their solar rights early. To date, the only way to protect your solar rights is to draft an easement with your neighbor and compensate him accordingly.

Santa Monica should not require that all residents install solar systems two years early with so many unresolved issues. The goals of the Solar Rights Act are clear but the laws necessary to achieve those goals are more elusive. Our City, that has been a leader in many other areas, can do so again by enacting new laws that are fair to both the early adopters of solar energy as well as those who might block their sunlight. Perhaps, instead of rushing to enact an imperfect law, the City should amend the Solar Act to address its lack of specificity as regards shading between neighboring properties. If they were able to solve this “fatal flaw”, the laws successful implementation could extend far beyond our City’s boundaries- perhaps to the entire State.

The City could use the next two years to adopt the necessary ordinances to insure the rights of residents, their neighbors, and developers. To do otherwise would be a disservice to both those who risk having their panels rendered useless from shading, as well as to builders that could be libel for causing it. If the “rollout” is done hastily, it could create a “dark cloud” over Solar Energy that could hinder its future prospects. On the other hand, a successful implementation of this policy, that treated all parties fairly, could assure its future success. If so, it would be a win for the City, those who look to Santa Monica to set an example and possibly California as a whole.

For SMa.r.t. (Santa Monica Architects for a Responsible Tomorrow)