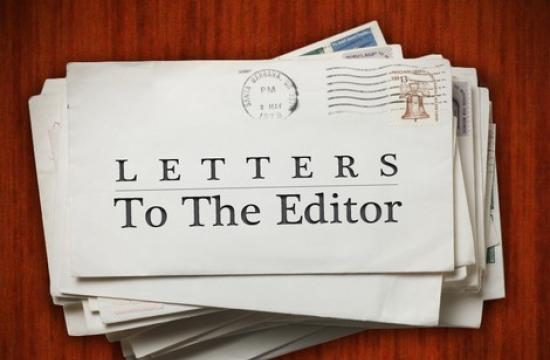 Before SMa.r.t. there were Letters to the Editor.

Here are letters from 2013 by Ron Goldman, FAIA, and Bob Taylor, AIA, predicting the coming failure of the planning direction the City was actually implementing, as opposed to the direction set by the newly adopted LUCE (Land Use Circulation Element of the General Plan) that they should be following.

Why does the city find itself in such a mess? Is City Hall run by…a handful of outside developers taking advantage of Land Use & Circulation Element (LUCE) loopholes while specific plans and zoning ordinances are being processed (slowly) four years later?

“Who is the boss? In tandem with our city manager, the majority City Council is beholden to developer contributions and the need to increase tax revenue to cover high staff salaries and bloated pensions. Meanwhile, Planning Commission and Architectural Review Board (ARB) kick the can to each other while deciding what constitutes good design or if it even matters. And the planning staff…, producing voluminous staff reports while overlooking basic issues.

“LUCE “provides for a reduction in building height” but existing density and height are being increased, traffic reaching gridlock, infrastructure ignored, and local merchants priced out. What a sad reality!

“City Hall’s consultant presented design proposals in response to the onslaught of mediocre architecture consuming Santa Monica like a plague. …seeing the Planning Commission taking lengthy counsel from three architects whose time undoubtedly was reimbursed by their developer clients.

“One opined that massive facadomy taking over our streets is “better than architecture in other cities.” A former Planning Commission chair,…dazzled the commission with numbers instead of suggestions…I guess it’s too much expecting the entire profession be held to a higher standard. This community deserves better than ex-chairpersons advocating more height, density and mediocre design. I thought the architecture profession stood for better environment.

“Then there is the Planning Commission and ARB who consistently endorse these bloated projects… Two years ago I made a suggestion to our planning director that models would help their education. I thought, mistakenly, that “exceptional architecture” was a requirement for approval.

“Planning Commission and City Council just approved two hotels, (designed by yet another former chair of the Planning Commission), one looking like a throwback to a 1960’s department store…doing nothing to create a meaningful gateway from Expo into Downtown…You have the ability to say “no, come back with exceptional design, with a gateway that conveys our unique beach town culture.” There are simple solutions! Wake up city manager, planning director, consultants…

“Every city needs a raison d’etre, a spirit why people want to go there, stay there. What is Santa Monica’s; vertical six- to eight-story buildings throughout Downtown blocking sun and sky, generating monumental traffic and infrastructure problems? Is this the community’s raison d’etre or the city manager who is more interested in job advancement than listening to the community? You can keep Downtown iconic while still providing for growth and economic health.

Why would you want your legacy being the destruction of Santa Monica?

“Is this mess due to…the council, Planning Commission, ARB, planning staff, LUCE, the Chamber of Commerce, tourist bureau, Santa Monicans for Renters Rights? Unfortunately all of the above. If the community is to be guided by LUCE, it will take our pension-minded city manager to re-direct how to carry it out.

Otherwise, “Rise & Fall of Santa Monica” will make interesting reading by future planners and politicians. What a mess. What a shame.”

“The recent letter from Ron Goldman (… Nov. 22) asks the question, what is it that the city personnel, who are controlling the design of our city, have in mind as they set about increasing density and height, and increasing demand on all aspects of the infrastructure and services? As he points out, it is in contrast to the tenets of the Land Use & Circulation Element (LUCE), which were already pushed beyond the desires of the residents at numerous public meetings…

“The notion that additional height…is necessary for creative architectural solutions flies in the face of this architect’s 50-plus years of involvement in…the architecture and planning profession, and is contrary to the stated goal of LUCE to reduce overall heights. Yet proposals for towers to 330 feet are being considered. What you should believe is that additional height and massing, along with the increased density of higher FARs (floor area ratio), will create more shadow and less blue sky and sun, will result in darker Downtown streets, will increase both pedestrian and traffic congestion, and will increase demand on all infrastructure components and services.

“The proposed 35-plus development agreements, if approved, will certainly change the face of the city and the quality of life for its residents…why?…Is it economics? If 10 million square feet already added to the city in the last 30 years has not produced a sustainable economic base, why believe that adding another 3 million is going to “solve” a supposed economic problem, and such development would not… help maintain the community’s beach culture, another LUCE tenet.

“One thing is for certain; the notion that increasing density and population is sustainable in the water-deprived region we live in is in fact a path to a future nightmare. If not for us in the immediate future, for sure it will be for our children or grandchildren. Those of us that oppose this massive rush to development have been called xenophobes, or selfish because “we have ours,” or are unable to face change and cannot see the future, etc…Our only motivation in opposing this massive development push is based on our professional experience, and the best interest of the residents and our environment. Protestations and recommendations continue to fall on deaf ears or are simply ignored, and it is likely that going forward in this direction is creating new problems, not solving existing ones. The question remains, why?”

We wonder if anyone will find that the content and point of the above letters haven’t proven to be sadly prescient and that we are unfortunately now living, unnecessarily, with the preventable chaos that has been created by a very misdirected city council. Old news.