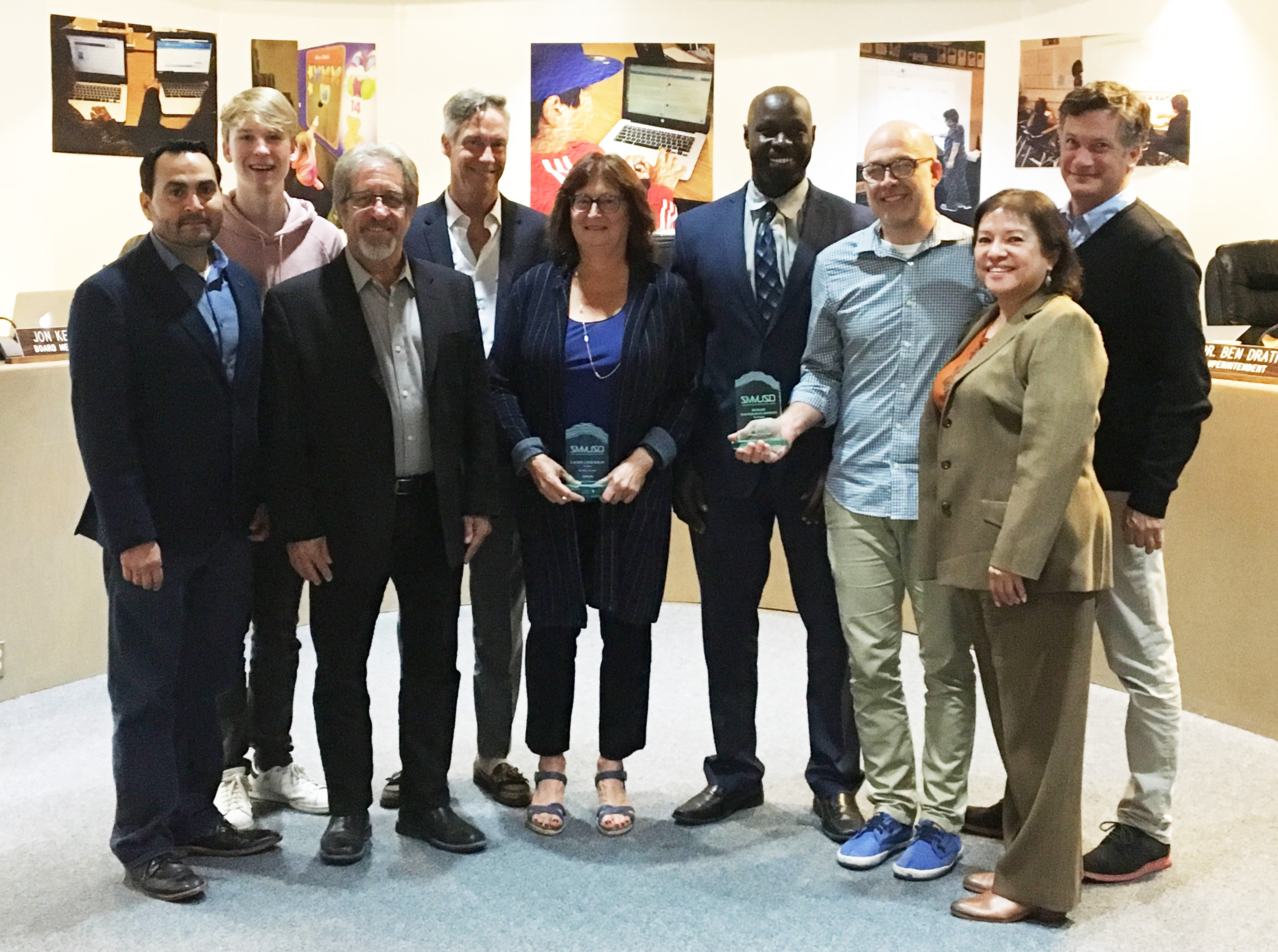 The Santa Monica-Malibu Unified School District Board of Education elected new officers at its regular organizational meeting held December 14, 2017. Dr. Richard Tahvildaran-Jesswein will serve as president and Jon Kean was elected to serve as vice president. The new officers assumed their duties following the election.

Board members and district officials provided words of praise and thanks to outgoing board president Laurie Lieberman, who served the district in this capacity for three years. Lieberman was recognized as a great leader and consensus builder and was said to have led the district with grace, kindness and integrity. “It has been a privilege and an honor to serve in this role for three years, “Lieberman said. “We are making progress.”

Dr. Tahvildaran-Jesswein also received positive comments for his dedication to the district over his one-year term as vice president. Lieberman commented that Dr. Tahvildaran-Jesswein is a terrific partner and listener and she enjoyed working with him as board leadership. Superintendent Dr. Drati noted the important role both board leaders provided to him as he was new to the district in January 2017 and how they worked closely with him to bring him up to speed on many aspects of district business.

“I appreciate the hard work and dedication both Laurie and Richard have displayed this year, along with their interest in supporting all students,” Dr. Drati said. “They have been invaluable to me as I have settled into this position.”

“I am honored to have been chosen by my colleagues to represent the Board as we all continue the good work of our district,” new Board President Dr. Tahvildaran-Jesswein said. “And, I’m particularly excited to support our superintendent as he and our academic team make substantive progress toward realizing our district mission, vision and goals.”