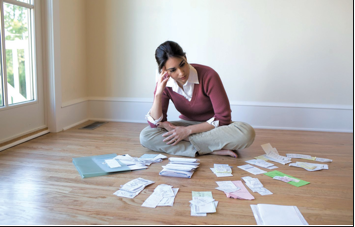 It’s already well established that the tax “reforms” now being hashed out in secret by a joint committee of Republicans from the Senate and the House of Representatives will likely cost Californians a net sum of well over $110 billion, an average of more than $2,000 a year for every man, woman and child in the state.

That figure is derived from calculations by the House Budget Committee staff, controlled by the very Republicans designing the changes, so it’s hard to argue.

It’s also hard to see how this measure can possibly produce more than $2,000 a year in benefits to the Californians who will pay the added taxes, caused by eliminating or slashing several longtime, big-dollar tax writeoffs.

There is the medical deduction, which is eliminated in the House version of this bill, but retained by the Senate. No one knows how that conflict will be resolved, but if the deduction goes, it will cost the 1.3 million Californians who use that deduction (long limited to amounts exceeding 10 percent of adjusted gross income) an average of more than $9,800 yearly. This added cost will mostly come from people already burdened by the many uninsured costs involved with chronic illnesses and from folks supporting elderly parents or other relatives in nursing homes or assisted living.

Eliminating this deduction would be purely reverse Robin Hood – taking from the already cash-strapped in order to finance large tax cuts for corporations and the extremely wealthy.

There’s also the proposed change in deductions for home mortgages, now applying to homes costing up to $1 million. The Senate bill keeps this, but the House would allow it for new mortgages only if they are under $500,000. The House would grandfather in existing mortgages.

Effects of this likely change (and the joint committee is likely to reach some kind of compromise) are still not totally predictable, but it is sure to reduce the inventory of homes for sale in California, where mortgages of more than half a million dollars are commonplace. At the same time, it could take many potential home buyers out of the market because it would suddenly be more expensive for them to sustain mortgages on houses costing not much more than the average price of about $575,000 in many parts of this state.

It’s also probable this change will cause more present owners to hang onto their homes, a supply reduction that could keep prices up. But if this doesn’t happen, the tax change figures to drive prices down by anywhere from 8 percent to 12 percent, says one estimate from the National Association of Realtors, which strongly opposes the bill.

But the biggest effect – estimated at about $90 billion by the Budget Committee – will come from eliminating deductions for state and local taxes. This will not only cost at tax time, but also make everyday purchases from patio furniture to televisions and smart phones significantly more expensive.

This leads to speculation the changes could throw the whole nation into recession, not just California.

All this comes from a Republican Party that has promised continually since 1988 to levy no new taxes. So much for political promises.

But it’s the real estate market that figures to be hit harder by these so-called reforms than any other economic sector.

“The tax incentives to own a home are baked into overall values,” said Elizabeth Mendenhall, president of the national Realtors’ group. “When those incentives are nullified in the way this bill will likely provide, our estimates show home values stand to fall by more than 10 percent, even more in high-cost areas.”

Affordable housing advocates also predict the projected overhaul will gut efforts to solve California’s large-scale homeless problem. The tax exemptions builders get for constructing low-cost housing rather than more upscale new residences would for the most part disappear.

It’s possible this might not have many political ramifications for Republicans next fall, because none of it is scheduled to take full effect until 2019. But by 2020, when the new tax bills have festered for more than a year, it’s likely to be look out below for President Trump and other Republicans who naively promise massive new prosperity will trickle down from their plan.