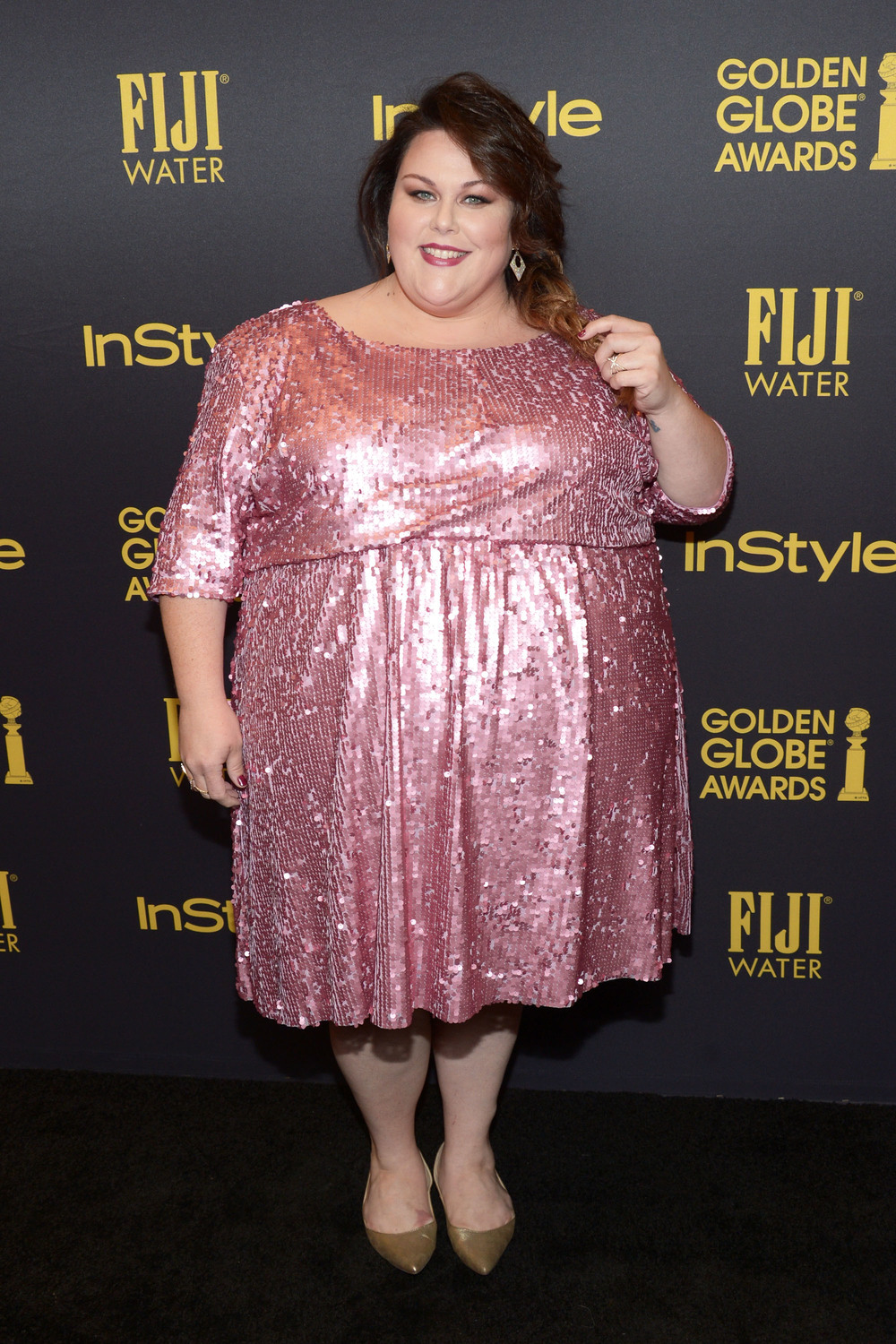 Chrissy Metz, the Emmy Award and Golden Globe nominated star of the NBC drama This Is Us, will make her stage debut in Neil LaBute’s critically acclaimed play Fat Pig at the Geffen Playhouse.
Fat Pig is returning to the Geffen, where it made its West Coast debut in 2007, with a revised script and a new ending for 2018. Jo Bonney, who helmed the Off-Broadway production in 2004 and the Geffen’s 2007 production, will direct.
Commented LaBute, “Not long after Fat Pig’s extended run at the Geffen, I decided to expand the play to include another office scene and a varied take on the ending. Both of these additions give new voice to the female characters in particular, yet I have never allowed the material to be added to a production until now. I have waited for a revival that excited me and that I could be an intimate part of, and I’ve now found that opportunity in the return of this play to its Los Angeles home.
“I feel so lucky to be returning to the Geffen Playhouse with a show that had such success there in its first incarnation, and with its original director, Jo Bonney. I can’t wait to work with Jo again and to have this exciting chance to see Chrissy Metz on stage.”
The production will replace LaBute’s The Way We Get By as the final show in the Geffen’s Audrey Skirball Kenis Theater for the 2017/2018 season. Preview performances begin Wednesday, May 16, 2018, with opening night on Wednesday, May 23. The production closes Sunday, June 24. Additional casting will be announced.
Cow. Slob. Pig. How many insults can you hear before you stand up and defend the woman you love? Tom faces just that question when he falls for Helen, a bright, funny, sexy young woman who also happens to be plus-sized. Forced to explain his new relationship to his friends who think that size does matter, Tom faces an impossible choice in LaBute’s “most emotionally engaging and unsettling play.” – The New York Times
In March, Metz appeared in MCC Theater’s one-night-only benefit reading of Fat Pig at the Lucille Lortel Theatre, directed by LaBute.
The play had its West Coast premiere at the Geffen in 2007. Directed by Bonney, the cast featured Scott Wolf, Kirsten Vangsness, Chris Pine and Andrea Anders. Bonney also directed the play’s world premiere at MCC Theater in New York in 2004, where it won an Outer Critics Circle Award for Outstanding Off-Broadway Play, a Drama Desk Award Nomination for Outstanding Actor in a Play (Jeremy Piven), a 2005 Theatre World Award for Outstanding Off-Broadway Debut (Ashlie Atkinson) and was nominated for two Lucille Lortel Awards for Outstanding Lead Actress (Atkinson) and Outstanding Director (Bonney).
FAT PIG
Written by Neil LaBute
Directed by Jo Bonney
Previews: Wednesday, May 16 – Tuesday, May 22, 2018
Opening Night: Wednesday, May 23, 2018
Closing Night: Sunday, June 24, 2018
CAST
Chrissy Metz as Helen
PERFORMANCE SCHEDULE
Monday         No performance
Tuesday – Friday 8:00 p.m.
Saturday 3:00 and 8:00 p.m.
Sunday 2:00 and 7:00 p.m.
The run of Fat Pig will feature the Geffen’s popular Talk Back Tuesdays, which give theater lovers a chance for a deeper conversation to discuss plot, character themes and other questions directly with the artists in a post-show Q&A from the stage. Dates: May 22, May 29, June 5 and June 12, 2018.
LOCATION
Audrey Skirball Kenis Theater at the Geffen Playhouse
10886 Le Conte Avenue, Los Angeles, CA 90024
TICKET INFORMATION
Tickets currently priced at $32.00 – $90.00. Available in person at the Geffen Playhouse box office, by phone at 310.208.5454 or online at www.geffenplayhouse.org. Fees may apply.
Rush tickets for each day’s performance are made available to the general public 30 minutes before showtime at the box office. $35.00 General / $10.00 Student
COLLEGE AUDIENCES
Through a variety of events and other opportunities, the Geffen Playhouse welcomes college students to experience the live storytelling presented on our stages. We are proud of our association with UCLA’s School of Theater, Film, and Television, and open our doors to all college students throughout Los Angeles. More information is available at www.geffenplayhouse.org/college.
By admin December 13, 2017
Tags: “Fat Pig”, “This is Us”, Chrissy, Debut, Geffen, Her, Make, Metz, Neil LaBute's, Playhouse, Star, theater, Will in News
Related Posts