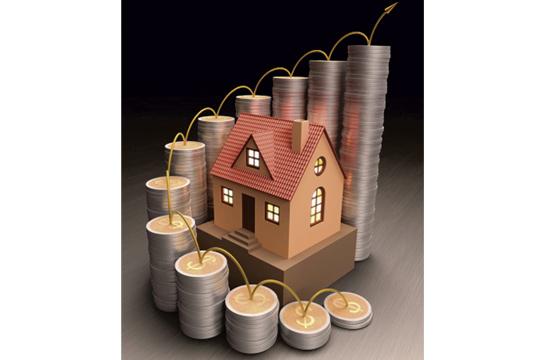 The City of Santa Monica has experienced a lot of affordable housing accomplishments in the last two years; I’ll describe some of our more notable achievements.

HUD/Section 8: Our federally-funded Voucher program serves approximately 1,300 households. The Voucher amount barely kept up with market rents. Property owners were withdrawing from the program, and Voucher recipients were leaving Santa Monica. We had some 50 port-outs from the Section 8 program every year. At the request of the Housing Commission, in January 2016 staff submitted a report to the U.S. Dept. of Housing and Urban Development (HUD). The Housing Commission contributed a position letter, and local, state and federal legislators wrote on the City’s behalf. In April 2016, HUD authorized a Voucher payment increase. As an example, the 1-bedroom Voucher was adjusted from $1,352 to $1,930.

As for our Section 8 Wait List, our Housing Authority on January 31, 2017 reopened the list, and we received 18,822 applications in 12 hours. Three hundred persons showed up at Virginia Avenue Park to sign up. Our previous Wait List in 2011 had 29,968 applicants. A smaller Wait List is more manageable and makes it easier to serve our residents and workforce.

Regarding the Downtown Community Plan, the Housing Commission forwarded specific recommendations; some of these apply to our affordable housing policy Citywide:

Administrative Approvals/Loans to Nonprofit Housing Providers: The 50 residential unit maximum was increased to 75 residential units. There have been State directives to reduce local obstacles in the development of affordable housing. In the case of our Affordable Housing Trust Fund loans, the Housing Commission’s participation and the public opportunity have been strengthened. This came about, in part, because of the public input at our meetings.

The Housing Commission has recommended that a Loan Committee participate in the review/approval process, with public input at a community meeting and timely public noticing. Housing staff ensures that our Affordable Housing Trust Funds support underserved communities and are cost-effective to achieve the lowest possible subsidy per unit for City resources.

A recent application proposing 31 residences for family housing in the Pico Neighborhood was denied for the per-unit cost. The applicant resubmitted for 38 residential units for seniors. The total development cost was reduced $131,190 per unit; there will be seven additional residential units, and seniors who are underserved in the neighborhood will benefit.

Another recent preliminary loan approval is for an 8-unit development for young adults at-risk for homelessness; the property is in the northeastern part of Santa Monica. The City has never had affordable housing specific to at-risk youth 18-24 years old.

During the Downtown Community Plan discussion, there was an effort to add “Middle Income” affordable housing, even setting production minimums in the larger developments. These incomes – 130 percent to 180 percent of area median income (AMI) – range from $60,000 to $85,000 for one person. The City, however, overproduces Above-Moderate Income housing, whether affordable at 110 percent-120 percent of AMI or market-rate at or above 120 percent of AMI.

Our Affordable Housing Production Program (AHPP) for 20 years excluded the Extremely Low Income. The State Housing Element/Regional Housing Needs Assessment for 2014-2021 suggests 214 new Extremely Low Income residences, while our (local) quantified objective is 58 units. Prioritizing the lower incomes rather than expanding to include higher incomes will assist the City in achieving the State and our Proposition R affordable housing benchmarks.

Preservation: The Housing Commission for about two years discussed “Affordable Housing Strategies.” A report was forwarded to our City Council on December 17, 2015 and a discussion was held January 12, 2016. One of the themes in our report is protecting the supply of affordable housing. Considering the City’s relatively small 8.3 square miles and beachside location, while we may be building sufficient new housing, there has been less attention on preserving what’s been built and keeping it affordable. Based on this perspective, the Housing Commission initiated a new program, probably one of the first of its kind anywhere.

Homeless Housing: Homelessness is increasing locally; this year there are 921 persons living homeless in Santa Monica, a 26 percent increase since 2016. The Housing Commission and the Social Services Commission held a joint meeting to discuss homeless housing and supportive services on February 4, 2017 at the Civic Center. We had speakers from the City, Los Angeles County, and two nonprofits. The approach to reducing homelessness is regional and Westside communities have a shared effort and cost obligation.

In keeping with this philosophy, in October the Housing Commission approved the one-time use of up to $500,000 in federal Community Development Block Grant (CDBG) funds for homeless housing outside Santa Monica. The property is in Venice and will have 14 affordable apartments; three of the 14 apartments will be set aside for Santa Monica residents on our Santa Monica Housing Registry. The cost/benefit of the investment – all federal CDBG funds – at $167,000 per unit, is far less than our local Trust Fund per-unit cost, which may be up to $600,000 or more per unit.

Richard Hilton is Vice Chair of the City of Santa Monica Housing Commission. This affordable housing summary was presented at the December 16, 2017 Neighborhood Council meeting, where he has represented the Downtown/Bayside since January 2011.