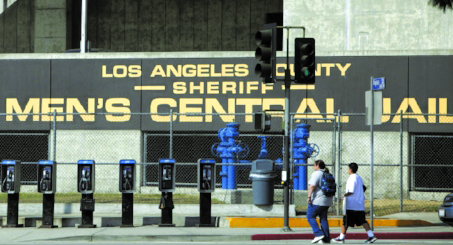 A panel of five judges including Santa Monica Chief of Civic Wellbeing Julie Rusk and Chief Information Officer Joseph Cevetello deliberated with three other judges to make Project Minder the winning technology for the second annual Hack the Beach.

The contest is a collaboration between City of Santa Monica, Santa Monica Chamber of Commerce, and several tech-sector partners. It’s geared to create an environment of learning, sharing, and problem-solving; an opportunity to get in on the ground floor and contribute solutions that have a real impact on the world around us. The finalists included:

The winner, Project Minder, comes from the Restorative Justice Fund. The Restorative Justice Fund is a justice reform incubator based in Los Angeles. They focus on bringing restorative programs to scale that make our criminal justice system more effective, cost-efficient, and equitable. Project Minder seeks to leverage technology to help first responders direct people in crisis to treatment instead of jail. Native Santa Monican Peter Borenstein pitched his initiative it as the “Airbnb for mental health patients”. The technology aims to improve the 5150 involuntary psychiatric hold process by locating emergency accommodation for patients in need.

5150 is a section of the California Welfare and Institutions Code. It enables a qualified officer or clinician to involuntary confine a person suspected to have a mental disorder that makes them a danger to themselves, a danger to others, or gravely disabled.

Project Minder is focused on providing alternatives to government institutions for those placed on a 5150 hold.

The project comes on the back of a growing list of deaths of mentally ill people in jail cells.

In October this year daughters of a mentally ill man who jumped to his death in a Los Angeles jail were awarded $1.7 million in a settlement approved by the Los Angeles County Board of Supervisors.

In the Spring of 2016, family and friends of 36-year-old Wakiesha Wilson demanded answers outside the Los Angeles Police Department’s Metropolitan Detention Center after she was found dead in her jail cell. Wilson was bi polar and had a 13-year-old son.

Santa Monica City agreed in April this year to pay a settlement of $212,500 to a victim of alleged excessive force by jailers in 2014. In an email to activist Sherry Martini, City Manager Rick Cole wrote: “Our jail is a state of the art facility closely monitored by our own law enforcement management and overseen by the State of California. We work hard 24 hours a day, 365 days a year to protect the lives and civil rights of those detained there. No facility run by people will ever be perfect and we welcome suggestions for improvement and feedback on shortcomings.”

Perhaps Project Minder could have helped in some of these incidents.

Resident and member of the Coalition for Police Reform in Santa Monica, Marcy Winograd penned a letter to City Council: “I was taken aback to see that an estimated 90 percent of the calls to which we responded during my ride along with a hard-working SMPD officer involved the mentally ill – people wandering down the street talking to themselves or screaming at baristas at local coffee shops. The officer distributed a card with various resources for the homeless. This was a step in the right direction, though I would like to see our City offer more support both to the officers and to those in psychological distress.”

One option to change the status quo is through innovations such as Project Minder and the fostering of trust in our authorities.

As we celebrate the holidays and prepare New Year’s resolutions, it would be proper that City Staff and Council consider the building of trust as a priority. It is a development worth supporting: the bedrock of authentic wellbeing.

There ain’t no app for that.

For more on Project Minder go to: rjfund.org/minder.