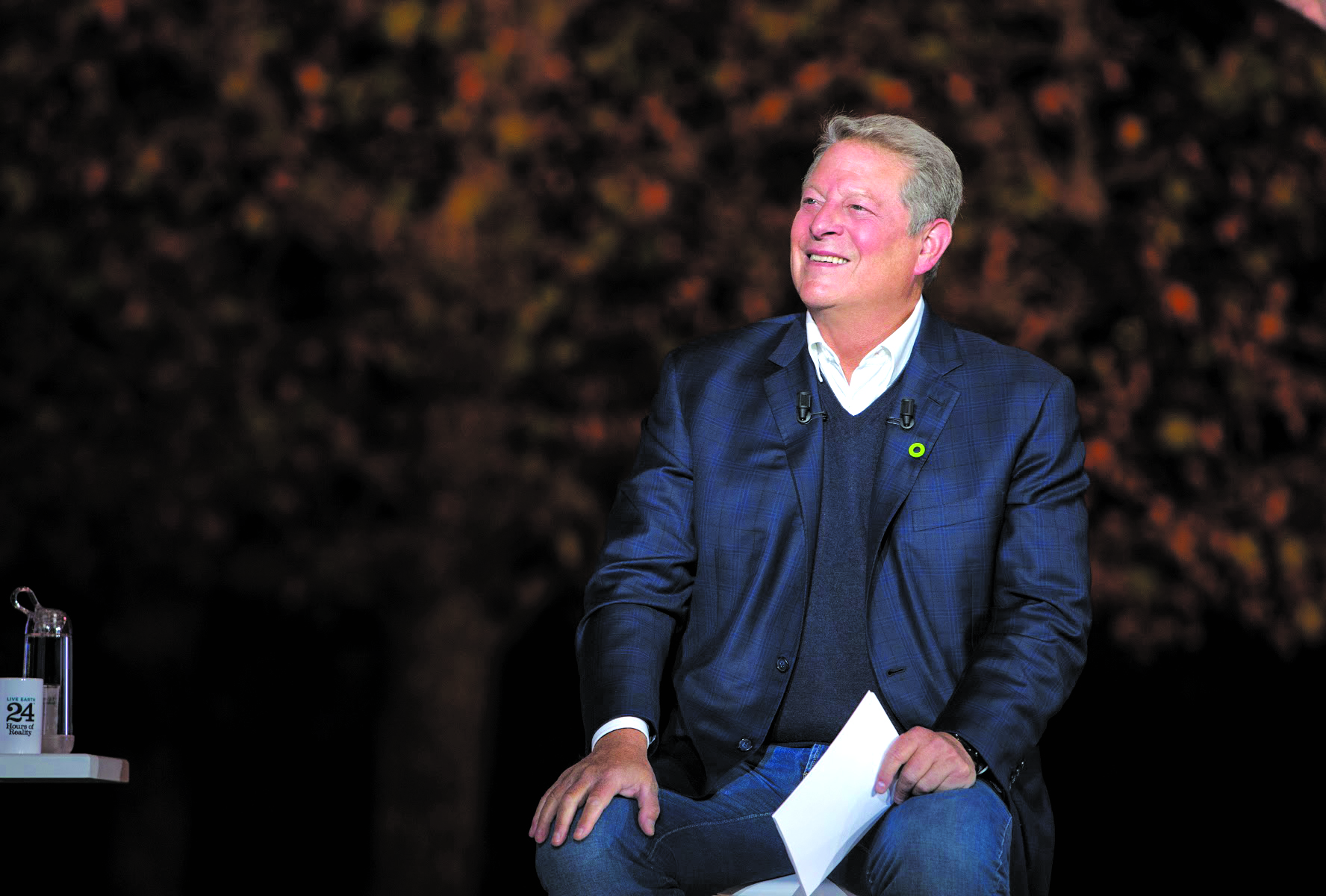 Former Vice-President Al Gore spoke in Santa Monica on Saturday, Jan. 4, addressing issues of democracy, politics and climate change in a Q & A following the screening of “An Inconvenient Sequel: Truth to Power” at the Aero Theatre. The event was hosted by Sustainable Santa Monica, Sustainable Works, American Cinematheque and Santa Monica City Government.

Ten years after “An Inconvenient Truth” brought climate change to pop culture, the follow-up edition continues the efforts to build a global network of advocates and influence international environmental policy. Gore is a passionate communicator; the film captures both private and public, humorous and harrowing moments. The forensic cinematography from John Shenk makes it impossible to deny the crisis. However local skeptics scrutinized reports of the alleged carbon footprint of the former vice president to hurt his credibility as a climate prophet. It begs the question: What is more important – the message or the messenger? Is it wise to debate facts or engage in hysterics when the future of our planet is at stake? Gore these days refers to himself as a “recovering politician trying not to relapse,” but Bonni Cohen and Jon Shenk co-directors of the film see him as truly post-political, focused on what is moral, what is decent, what is possible, rather than what is politically expedient.

“To see who Al has become 10 years later is really fascinating,” Shenk said. “He is perhaps an even bigger inspiration now than he could have been as President. It’s really poignant how he talks about it in the film – saying he once had a detailed plan for his life but life had a different plan for him. That became one of the underlying themes of the film: that we don’t know what life has in store for us, but we can make something powerful of it.”

On the political front Gore told Miami Herald reporter Jenny Staletovich, “In order to address the environmental crisis, we’re going to have to spend some time fixing the democracy crisis. Big money has so much influence now. Our democracy has been hacked. Large contributors call the shots.” Sound familiar? Santa Monica’s Measure D and LV come to mind. In one local election cycle, money was defeated, in the other it wasn’t.

With the holiday season now behind us, we face an election year.

“Truth to Power” invites us to examine how our lifestyle impacts our shared home: planet Earth. It equally leads us to evaluate how particular campaign contributions, political spending, misinformation and lack of transparency erode our local democratic environment.

We can expect language from the film to be recycled. Secretary of the United Nations Framework Convention of Climate Change, Christiana Figueres said, “Never before a responsibility so great has been in the hands of so few,” while addressing 150 heads of state at the Climate Change Conference in 2015. In 2018 a great responsibility in the hands of many will guide future local policy in a meaningful or devastating direction.

Fortunately, Santa Monica government encourages solar energy. While speaking about Florida- the Sunshine State – the former vice president revealed how the fossil utility industry lobbied the state legislature, “They are trying to use their legacy political power to bend the politicians to their will. What the public wants doesn’t seem to matter. It’s pathetic.” The fossil industry is not alone in its practice.

Is there space for sustainable democracy? “This is an opportunity to make that solidarity tangible and real,” Gore said during the Paris Convention. There is something deeper at work. We should not be confused about that at all. The future of democracy as we’ve known it is at stake. Gore reminds us that there has never been a more important time to speak Truth to Power.