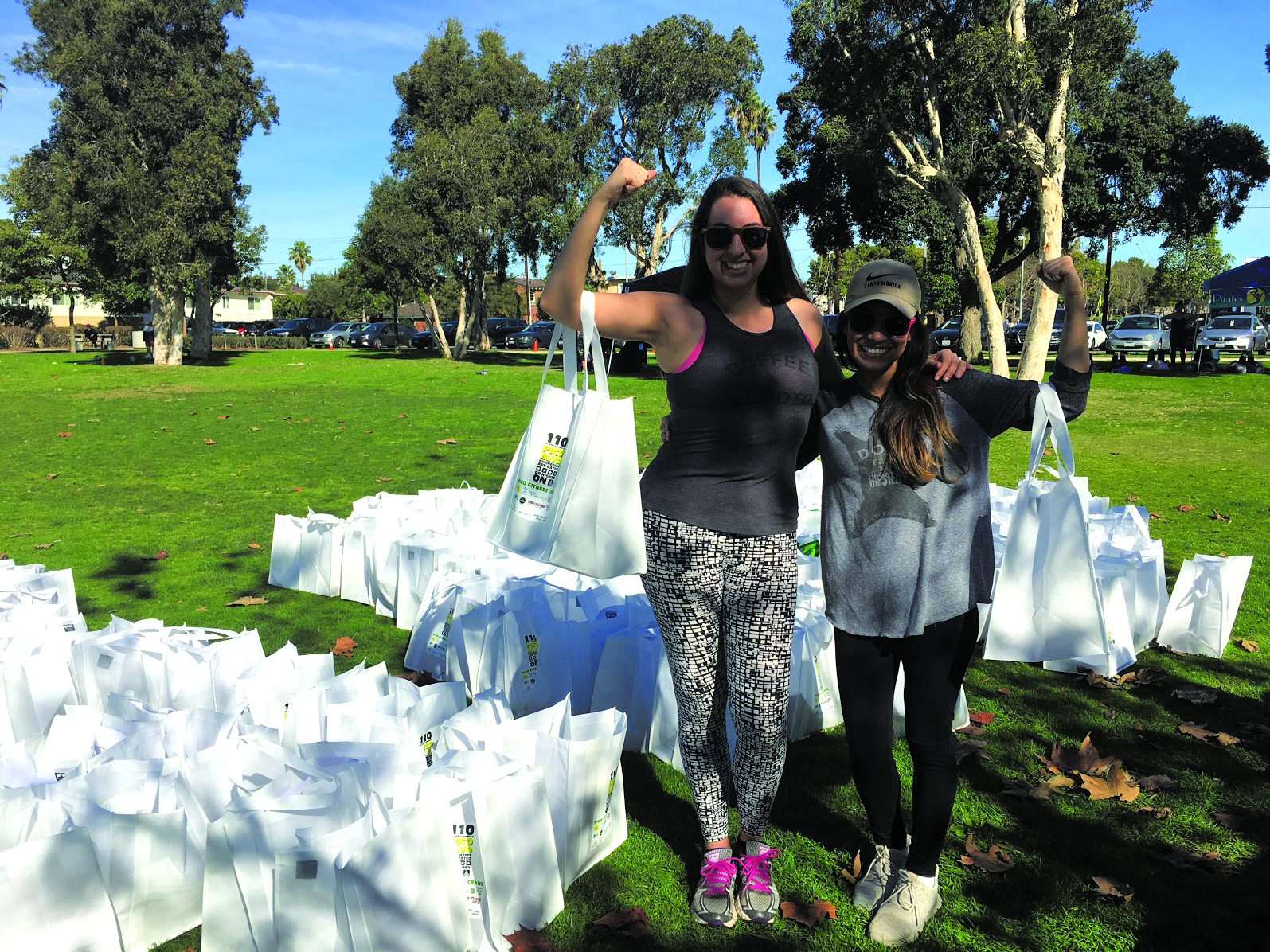 For the second year in a row, the Pico Improvement Organization hosted the Pico Fitness Crawl, Jan. 13, during which participants of all ages could visit 17 featured fitness businesses on Pico Boulevard, each of which hosted its own brief workout session, allowing fitness fans to take part in as many as possible during the event’s three hour duration.

“The idea is to create an event that, by its structure, makes people walk up and down Pico,” said Matthew Gibbons, of the Pico Improvement Organization.

He explained that this year’s event was double in size compared to last year’s, and in highlighting businesses on Pico, the event is aimed at making Pico Boulevard a “third space” for people from all over L.A.; the idea being, outside of work and home, everyone has a sort of leisure space, and the business-dense Pico Boulevard can fill that role.

Among the participating businesses were Goju-Ryu Karate, led by Sensei Vassi Naidoo, who is one of only three 7th degree black belts and the only one outside of Japan; Stables Boxing, owned by Cary Williams, who is an Olympic trainer and media figure; and crossfit gym Sweat 60, which was open to the public for the first time, in advance of its grand opening to be held one week after the fitness crawl.

Sweat 60 owner Kevin Atkinson explained that the workout hosted at his gym taught functional fitness, and saw participants of a variety of skill levels.

“It was awesome. I really enjoyed all the groups. It was super fun,” Atkinson said.

Vanessa Fernandez was another of the event’s instructors. Fernandez regularly offers free exercises classes to the community at Venice Family Clinic, where she was leading sessions in resistance training during the fitness crawl.

“We warm up, we do cardio, ab strength training, legs and arms, and then we cool down with deep breaths,” said Fernandez. “It’s really fun. People are coming from all different levels.”