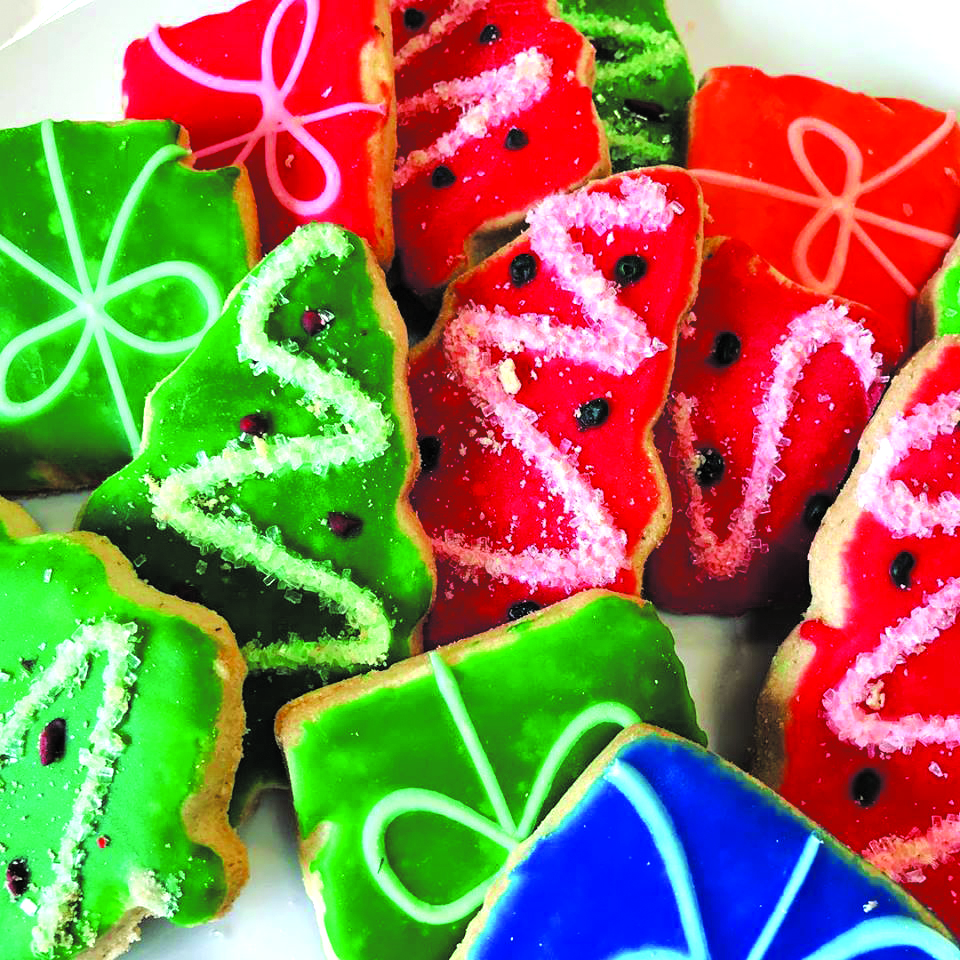 Saturday, Dec. 16 saw Bergamot Station Arts Complex host a communal Holiday Open House, during which all of its galleries were invited to participate in an overarching Holiday-oriented event, each in a way of their own choosing.

The Rose Gallery brought back an annual gift shop called Purveyor of Fine Objects, with photo books, snow globes, kitchenware and more being sold at a table just outside the gallery entrance. Also adjacent to the gallery was the Peregrina Pop-Up, which has been selling handcrafted Mexican textiles and objects out of a shipping crate-turned-retail space at Bergamot Station, also offering items that could be purchased as holiday gifts.

The Lois Lambert Gallery provided refreshments were to gallery visitors, and also hosted musical performances by gallery assistant Erica Entrop, who sings and plays ukulele, and the Golden Bridge Choir, an intergenerational choir based in Los Angeles.

Then, later in the day, the gallery hosted a Pop and Lock dance class with dancer Slim Boogie, whose dance collective The Lot is the subject of a series of photographs being featured in the gallery.

At the DNJ gallery, an exhibit they had had on display since late October titled “Keywords,” featuring the works of LA Marler, was being exhibited for its final day, and in conjunction with this, the gallery was offering a discount on the works on display in the exhibit.

Additionally, as part of their exhibit wrap-up and the holiday event, they offered refreshments to visitors to the gallery as well.

“We put out some decorations. We got decorative to be in the spirit,” said Gallery Manager Corey Grayhorse. “We’re happy to be a part of another holiday experience at Bergamont.”

While each of the galleries located at Bergamot Station is independently owned, the arts space as a whole will host events like these throughout the year. For information on future Bergamot Station events, visit bergamotstation.com.