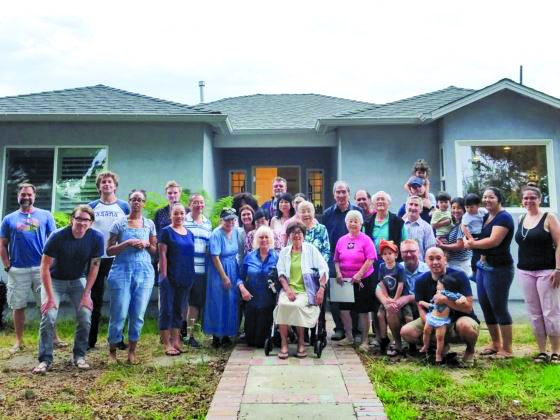 Consistent pleas and a sizeable fundraising campaign by Gandara Park neighborhood residents to uphold an appeal against a 20-child preschool set to open in the area fell on deaf ears Tuesday night as Santa Monica City Council denied the plea during a “quasi judicial hearing”, pushing ahead with the center albeit with 58 design and operation conditions.

The location of a childcare facility in the residential area was made possible due to a City 2015 Zoning Ordinance revision, where City Council implemented “LUCE Goal CE9 and Policy CE9.1 to integrate childcare uses into the neighborhoods, by adopting specific use standards for compatibility and fee incentives. The Council expanded the potential locations for childcare facilities to all neighborhoods, including R1 Zoning Districts, through the discretionary CUP process,” according to the Staff report.

On May 18, 2017, “Untitled No.1’s” applicant, Laila Taslimi, filed the CUP, Variance and Modification; on September 6, 2017, the Planning Commission approved them.

On September 20, 2017, Nada Shamonki filed an appeal (17ENT-0186) of the Planning Commission’s decision to approve the CUP, Variance, and Fence Modification applications. According to the City, the appeal form states that Ms. Shamonki represents “Residents for the Preservation of Gandara Park Neighborhood,” requesting that City Council overturn the Planning Commission’s decision.

Before, during and after Tuesday evening’s lengthy quasi judicial hearing on the appeal, more than 50 people spoke at Council, and social media came alive with discontent, specifically directed at City Council members.

“Disgusting disregard for residents,” echoed Maryanne LaGuardia; “As usual, the residents lose in their own neighborhoods,” posted Phil Brock.

Eyebrows were also raised at the tone held throughout the discussion: “I’m disappointed that the discussion focused on the importance of early childhood education (which we all support), rather than on the impact of cramming 20 children and six adults into a very small home with a tiny yard, right next to two other small homes, 11 hours a day, five days a week, 12 months of the year,” Zina Josephs, Friends of Sunset Park, told The Mirror.

The new facility is set to serve up to 20 children under 6 years of age by year two of operations, with four classrooms, and outdoor play areas in the front yard (765 square feet) and the rear yard (1,833 square feet, including decks). The center will accept a mix of income levels, including those edible for grants and scholarships.

The CUP allows year-round operation with a regular program between the hours of 8 a.m. and 5:30 p.m., with possible early drop-off from 7:30 a.m. and late pick-up by 6 p.m. A monthly evening meeting of all parents together is part of the facility’s mission.

“We have wonderful preschools in residential neighborhoods throughout Santa Monica that are assets to the community,” Councilmember Gleam Davis said. “I believe that this preschool, with the operating constraints that we placed upon it, will be a good neighbor and prove to be a beneficial resource for the working families in the neighborhood.”

“On an appeal, in quasi-judicial mode, the Council evaluates facts,” Councilmember Kevin McKeown explained. “The opposition to a non-profit school providing high-quality early education was hung on traffic, parking, and the child-protective fence, and I simply could not make the findings based on those claims to uphold the appeal. Observers from outside the Pico neighborhood appear to be ignoring the impassioned testimony from Pico-resident mothers, some of whom spoke in Spanish, for whom having this tuition-subsidized facility in a safe residential neighborhood within walking distance could be a life-changer for their kids.”

Councilmembers Tony Vasquez and Sue Himmelrich voted to uphold the appeal. The rest of the Council voted against it.