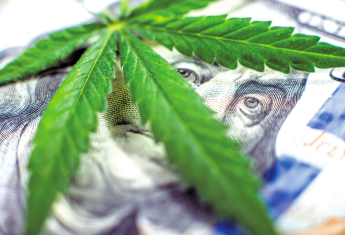 By Jennifer Eden and Samuel Braslow

The City of West Hollywood was quick to jump on the legalized-marijuana bandwagon that saw legislation come into force Monday Jan. 1, opening retail dispensary doors Tuesday Jan. 2 and reaping new licensing fees and sales tax collection immediately. Santa Monica is lagging behind its savvy neighbor, with regulatory framework still being developed and the initial phase of the application submission process for two dispensaries not closing until the end of February.

“The regulatory environment for cannabis in California has been rapidly evolving,” Santa Monica City Public Information Officer Constance Farrell told The Mirror. “The City of Santa Monica is taking a deliberate and thoughtful approach to cannabis given changing systems and newness and the state level.”

WeHo City is estimating licensing and application revenues of between $400,000 and $500,000 for 2018 plus tax revenue, Farrell says that there isn’t an estimated tax revenue amount at this time for Santa Monica, however fees will amount to just under $20,000 for each of the two retailers that will eventually make a home in the city.

According to Santa Monica City’s website, the approval and licensing process for the two successful stores is scheduled to be complete by May 22, 2018.

“The City of Santa Monica is in the process of selecting two businesses to operate two dispensaries,” Farrell said. “The City has been waiting for the State’s regulatory system to be established.”

Santa Monica City Council also directed staff Oct.10, 2017, to “explore future tax options on cannabis activities with a focus on adult-use,” this will return to Council before November, 2018.

Light manufacturing of cannabis products is also moving forward in Santa Monica, but state licensing is delaying the process as it’s considering existing locations as a priority, the City said.