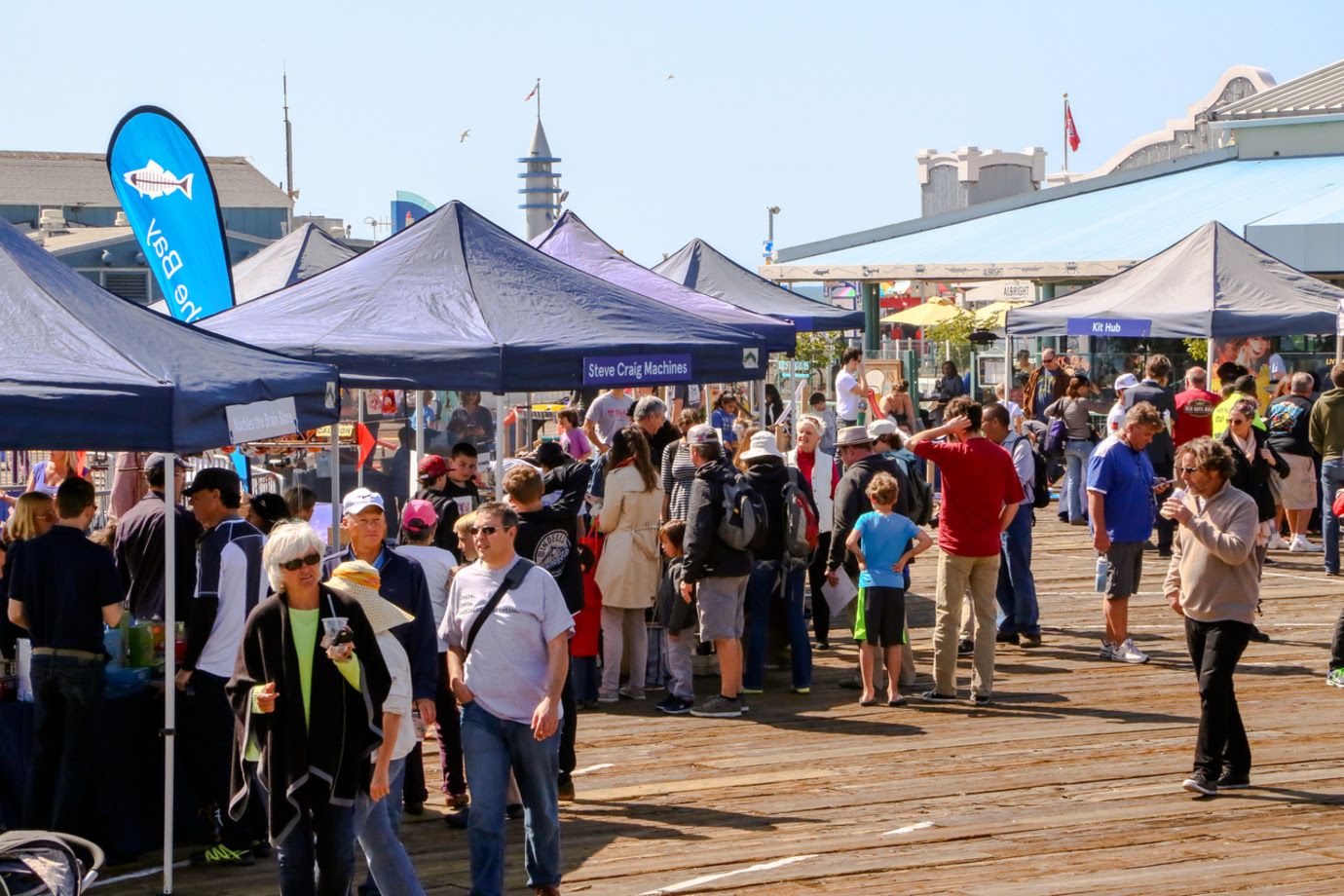 Machines take the pier! On Sunday, March 5, the Santa Monica Pier becomes a nucleus of innovation as it welcomes many of the country’s tech leaders, educators and students for the 5th Annual S.T.E.A.M Machines Innovation Fair. This free one-day event invites all to playfully dive into an interactive experience that connects the fields of science, technology, engineering, arts, and math, designed to inspire the next generation of innovators, artists, designers and scientific leaders.
From 11:00am to 5:00pm, S.T.E.A.M. Machines will entertain and enlighten in three ways: an Innovation Exhibition presenting over 12 experiential and groundbreaking delights, a Path to Innovation Panel attended by leaders from pioneering tech companies (including Hyperloop, Uber / Elevate, and NASA JPL), and the Royal Rumble of Rube competition in which student teams from across the nation face off in a Rube Goldberg contraption contest.
Innovation exhibits hosted by event partners that will be sparking curiosity and engagement throughout the pier:
A panel of tech wizards will share visions from the future and hopes for their groundbreaking fields from 2:00-3:30 pm:
From 11:30-2:00, there will be a Rube Goldberg machine contest. How complicated can it be to pour a bowl of cereal? That’s the challenge posed to student teams from Santa Monica to Arkansas – and the objective their Rube Goldberg contraptions must execute in minimum of 20 chain reactions. Up and down the Santa Monica Pier, over a dozen machines will be operating in 10’x10’ plots, each tinkering towards that final milk-pouring mechanism. The winning team will be judged and awarded a cash prize and entry to the national competition by a creditable committee: Lyle Tavernier (NASA Educational Technology Specialist), Hector Alvarez (Two Bit Circus Creative Director), Brett Doar (celebrated Rube Goldberg machinist), Martin Tomasz (analog/radio/mixed-signal engineer), and Heather Doyle (S.T.E.A.M. Innovation Fair Creator).

This regional competition features tiers of middle school, high school, and university squads in a battle of Rube Goldberg machines – overly engineered contraptions that achieve a simple end-game through the most complicated (and humorous) paths imaginable. Inspired by the Pulitzer Prize winning inventor and cartoonist Rube Goldberg, these contraptions inspire creativity and innovation.