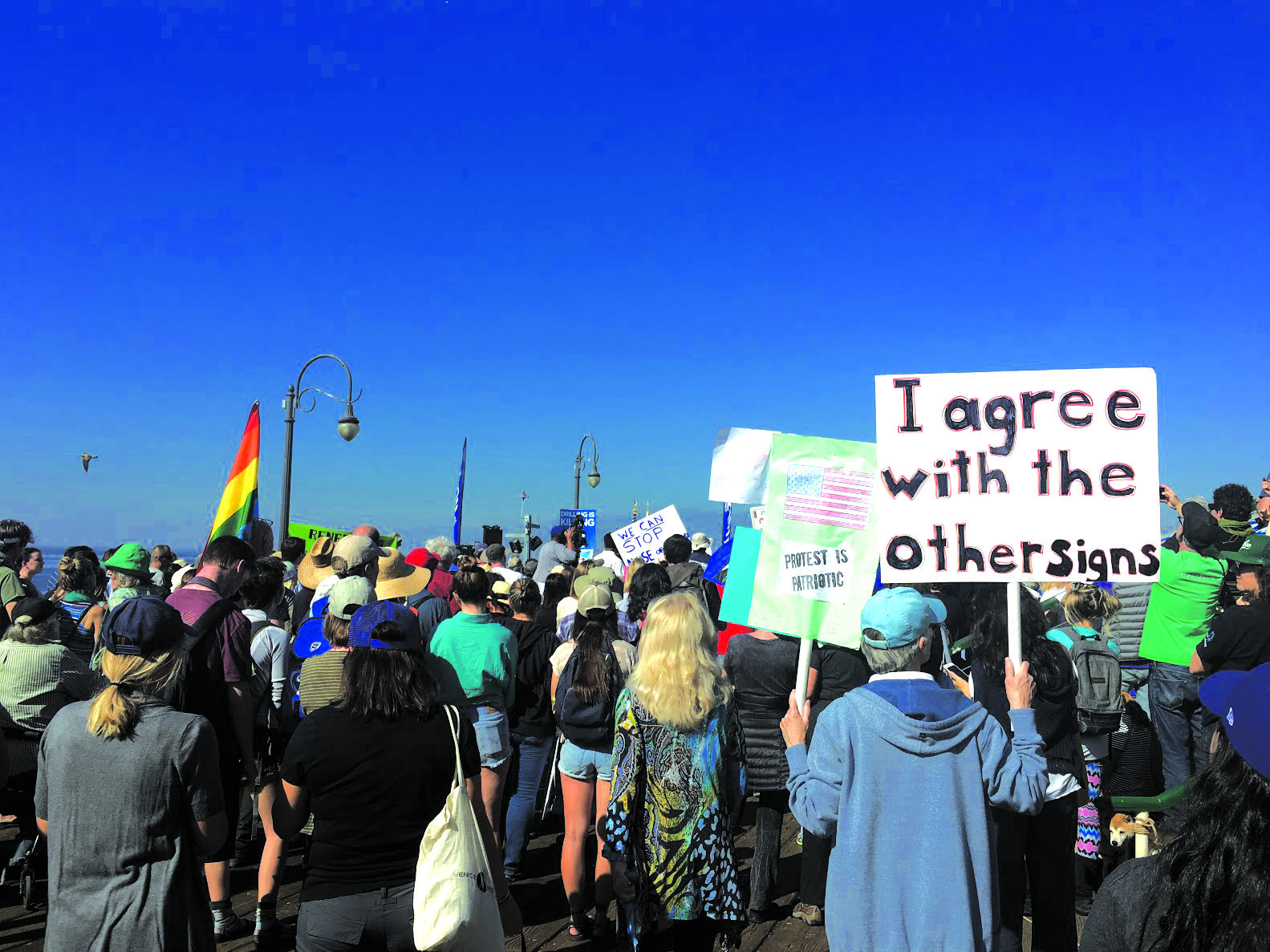 Local Senator Ben Allen hosted a protest on the end of the Santa Monica pier in conjunction with a number elected officials and environmental advocacy groups, Feb. 3, in opposition to a new government proposal that would open up offshore drilling off the coast of Santa Monica.

Hundreds gathered to lend their support to the movement, creating a strong showing of unity.

Two bills have been drafted in protest to the government proposal: Assembly member Al Muratsuchi’s AB-1775 and SB-834 co-authored by Santa Barbara’s Hannah Beth Jackson and protest organizer Sen. Allen, both of which would strengthen the ability of the state to protect its land, according to Cadwaller. Muratsuchi was also among those in attendance at the event.

“Those [bills] go in tandem with trying to protect the state right to control their own future,” said Cadwallader. “We’ve been fighting oil for decades.”

The Pier protest included musical performances led by AnMarie Mendoza and Jessa Calderon – including both a traditional Tongva song and a rap song performed by Calderon; statements by Santa Monica Mayor Pro Tempore Gleam Davis, and Santa Monica and L.A. Councilmembers Sue Himmelrich and Mike Bonin; remarks by Congresswoman Maxine Waters, Congressman Ted Lieu, and Congresswoman Nanette Barragán; with a number of other elected officials and community leaders taking part, before concluding with a call and response from Maggie Wheeler and the Golden Bridge Choir.