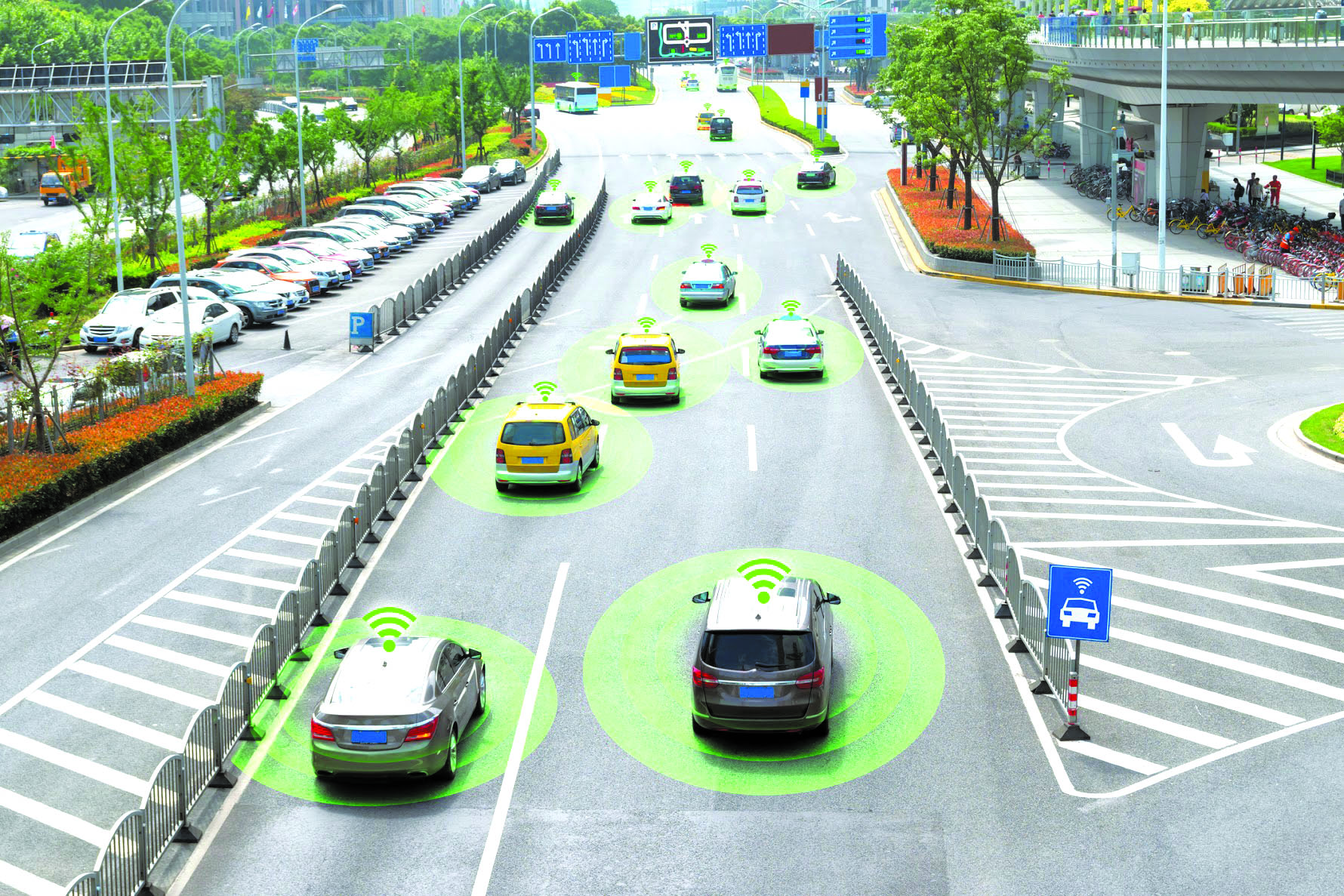 While there are several new technologies that will affect our small city, one that is sure to have a profound impact will be the advent of self-driving cars. Automobiles that have always played a large role in the shaping of Los Angeles, are about to do so again with the “autonomous car”. It would be ironic if this time around they were able to rectify the very urban blights of pollution, traffic and sprawl, that they were the cause of for so many years before.

While there are still issues with self-driving cars that remain unresolved, there are many aspects of this new mode of transportation that are known. Since most self-driving cars are electric, the problem of air pollution should gradually diminish as more cars switch from gas to electricity. Self-driving cars’ ability to “know” their location, as well as that of adjacent cars, enables them to synchronize their maneuvers with those nearby. This coordination between cars could limit collisions and eventually reduce the “safe distance” required between vehicles making our streets both more efficient and safer. For example, there could be “dedicated lanes” on the freeway for self-driving cars where, once “linked” electronically, they could form a “road train”, all operating in unison and in close proximity while still able to open up to allow other cars to either join or exit as desired.

If electric vehicles were the only ones allowed to circulate downtown, air pollution and traffic jams could be reduced. Since self-driving cars can synchronize with those adjacent, they might be able to coordinate their movements to the extent that traffic lights at intersections would become unnecessary. This would enable traffic to move more fluidly, reducing both traffic jams and accidents. Once cars had completed their errands, they might leave downtown autonomously to find parking elsewhere, or perhaps run an errand for another family member. One car, used in this fashion, could serve an entire family thus halving the total number of cars on our roads. The necessity of parking structures downtown might be diminished to the extent that some could be repurposed for other uses (e.g. housing for the homeless?).

Some auto related properties like gas stations, car repair shops and parking lots might also become obsolete and made available for other uses. Over time, traffic, noise and pollution in the downtown areas could be reduced while pedestrian safety improved. The convenience and flexibility of the autonomous vehicles might provide new forms of public transportation for those unable to afford private transport. For example, driverless mini-vans might forgo bus stops for more a customized commuter experience. Instead of large buses, smaller, driverless vans could follow “custom routes” dependent on their current passengers and those awaiting rides. At a larger scale, even the Expo Line might be less efficient than autonomous busses or vans that could take riders, and their packages, closer to their final destinations with more convenience and efficiency.

As autonomous vehicles become more prevalent, development patterns will also be impacted. The City’s current policy of “Transit Oriented Development” (TOD) would become obsolete, as customized transit would conform to the commuters needs rather than the opposite. The tall, dense TOD structures that are being planned close to transit stations would no longer be advantageous or attractive to residents since they were not located where commuters wanted to live. Most new residents would likely prefer to live in the neighborhoods, far removed from the noise of the Metro and the hustle and bustle of downtown. As such, these behemoth structures could become relics of a time when planning was too short-sighted to anticipate the future and too rigid to adapt to resident’s preferences. It is likely that other planned City developments and policies would also need to be reevaluated.

Urban planners and City elected officials should start planning for these changes now. This future may be here sooner than we might expect. It will no longer make sense to build more parking garages, or multi-story residential units, in the heart of our city. These buildings may be acceptable as hotels for visitors but less so for residents who want a ground level experience with green space and a connection to the street and neighbors. Most homeowners would prefer to live where they can watch their children safely play outside. This is more likely in a community with similarly sized homes in a low-density, pedestrian environment.

Technologies that, in the past, led to dehumanization are now empowering the individual. Self-driving will soon give us the freedom to “take our hands off the wheel” and sit back for a safer, more efficient ride. Public Transportation might offer door-to-door service. New technologies will also impact how our city functions and develops. Existing plans and codes that do not reflect these realities should be updated accordingly. To do otherwise would waste both public funds and delay the advent of a more sustainable future.