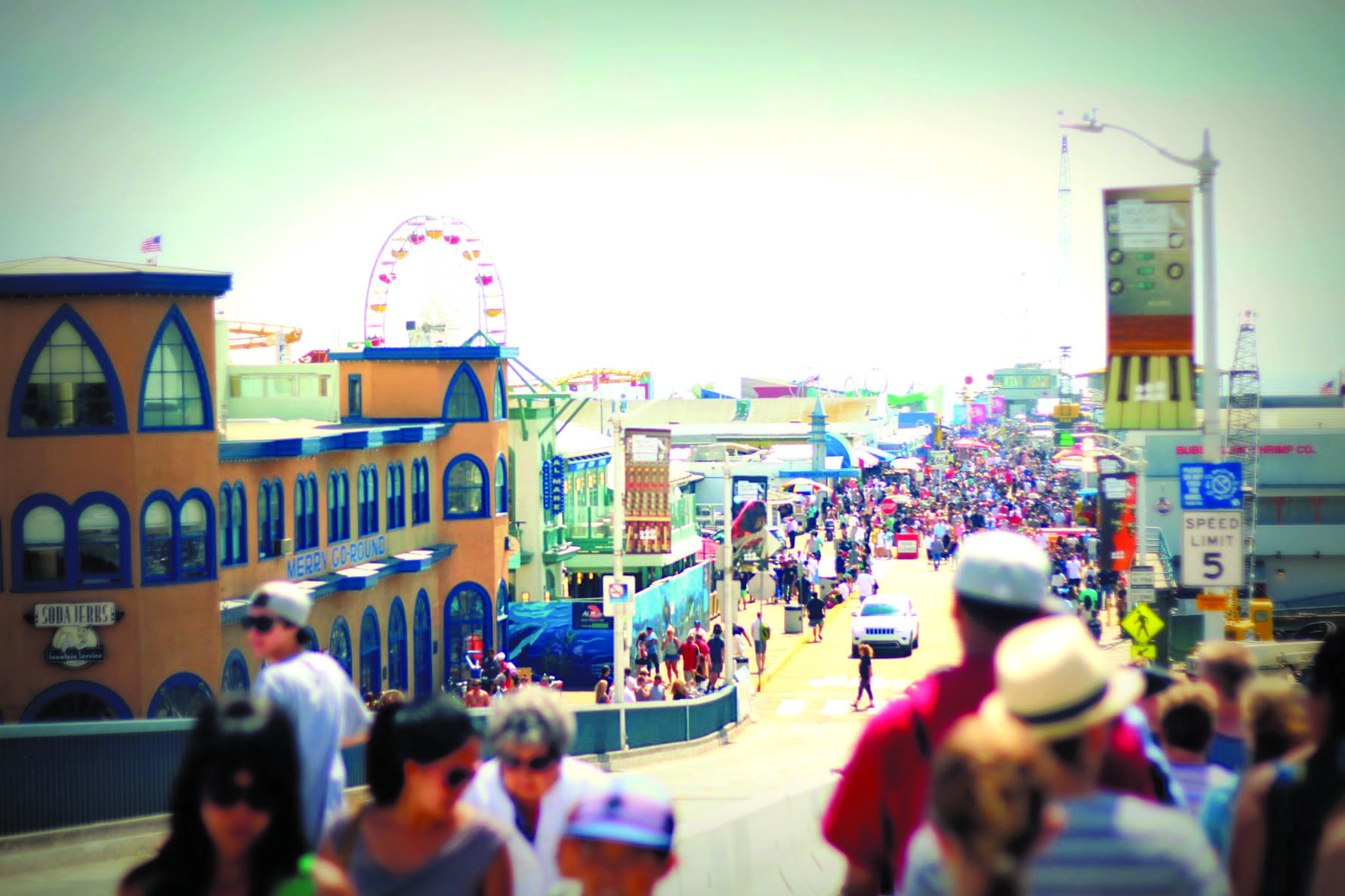 In this two part article SM.a.r.t. (Santa Monica architects for a responsible tomorrow) takes on the thorny issue of the optimum Santa Monica population.

When we look ahead at the population of Santa Monica, there are conflicting views of how many people should live, work and visit here. Some people believe we have already crossed the line of too many residents, now at approximately 94,000, and too many visitors; more than 7 million per year, as demonstrated by countless social indicators.

Those who cite ecological limits see us drawing our well water supplies down faster than are being replenished and that the City’s water neutrality mandate is just a comforting mirage.

We still get one third of our water from increasingly contested and ultimately declining (e.g. Sierra snowpack) water sources and have not dedicated sufficient land or funding to alternatives such as desalinization. Our one big storm-water reservoir, under construction north of the pier, is in danger of starvation by lack of rain or submersion by sea level rise or tsunamis. We know that our new four to seven story buildings cannot photovoltaically generate enough energy (given their roof top to consumption ratio) to meet the State’s Net Zero building mandates. Finally the construction development pressure is crowding out the urban forest which is our best temperature buffer for keeping the City habitable in a time of global temperature rise.

Those who cite mobility limitations point to the 15 percent drop in public transit ridership in the last five years in spite of the convenience of the new Expo line. Even with the City’s heroic efforts to improve mobility with, for example, the dedicated Lincoln bus lanes, Breeze rental bikes, improved bike lanes, downtown pedestrian scrambles etc., no one can say that the reality, or the perception of, mobility, in all its forms, has improved in Santa Monica. Even with the private sector stepping in with the likes of Uber and Bird scooters, these initiatives are necessary but not sufficient to prepare the city for the mobility paralyses of a future population rise. Finally

the City rightfully has an ambitious goal of “Vision Zero” which is no traffic deaths by 2020. At this time there is no credible path to get there, and that mirage too will recede as the increasing population crowds our transit arteries with collisions of bikes, scooters, pedestrians and vehicles.

Then there are those who cite the lifestyle loses and gentrification caused by development growth to accommodate new housing and businesses in this tiny dense City. We have seen countless long time businesses such as Busy Bee, Joann’s Fabrics, and the Boulangerie pushed out by higher priced development, reducing low cost retail and services that serve lower income residents. The low rise first impression of our relaxed beachside city is now being sacrificed to multi-story buildings such as the Great Wall of Lincoln which is a continuous four to five story wall of side by side buildings along both sides of Lincoln Boulevard coming in the next few years from the freeway to Santa Monica Boulevard. Our gentrifying Santa Monica has become a juicy target city for criminals with a 17 percent serious crime increase in two years.

Our police force (even with event support from outside police departments) can’t manage their current workload not to mention future increases. Everyone understands the threat that new development represents to historic buildings, yet the Landmark Codes of the City have not been upgraded in 40 years. Our open sunny balmy city is being canyonized without a proportional increase in open space or parks.

Our parks are already over utilized with the current population, and the plans for a park at the airport are years away and not central to the resident’s park needs. The possible park proposed for 5th and Arizona is being held hostage to a multistory hotel/office project. Finally the loss of that open relaxed feeling of the city will ultimately endanger the goose that lays the golden egg: our tourist trade. When Santa Monica becomes so expensive and feels just like any other high rise city, visitors will stop coming because there will be nothing authentic or unique here.

Finally some populations are easily measured, such as residents from the decennial census or tourists from hotel occupancy rates (although these are fudged by unverifiable Air B&B occupancies), but Santa Monica’s effective daytime population is considerably larger than the nominal 94,000 residents. We have a huge number of workers coming every day to work in hotels, Silicon Beach, car dealerships etc., we also have an exceptional number of visitors coming not to stay overnight as tourists, but just to shop and to visit our daytime attractions (cinemas, beach, pier etc). Finally we have a showcase college of 30,000 students the vast majority of which do not live in Santa Monica. These workers, visitors, and students are like dark matter in physics. We know it’s there but we can’t yet measure it precisely. We approximate this extra primarily daytime “population” as easily over another 100,000 people roaring into our city, using its transit facilities, its water, its electricity, its parks, its police and ambulance services and all the other municipal advantages presented by such a wealthy and currently desirable place. While the actual number is a moving target, our effective population is easily estimated at over 200,000 if you consider all these non-residents.

SM.a.r.t. has talked about all these problems before, and they are not unique to Santa Monica. Each city needs to find its own way of solving them, which will be taken up in our next article.