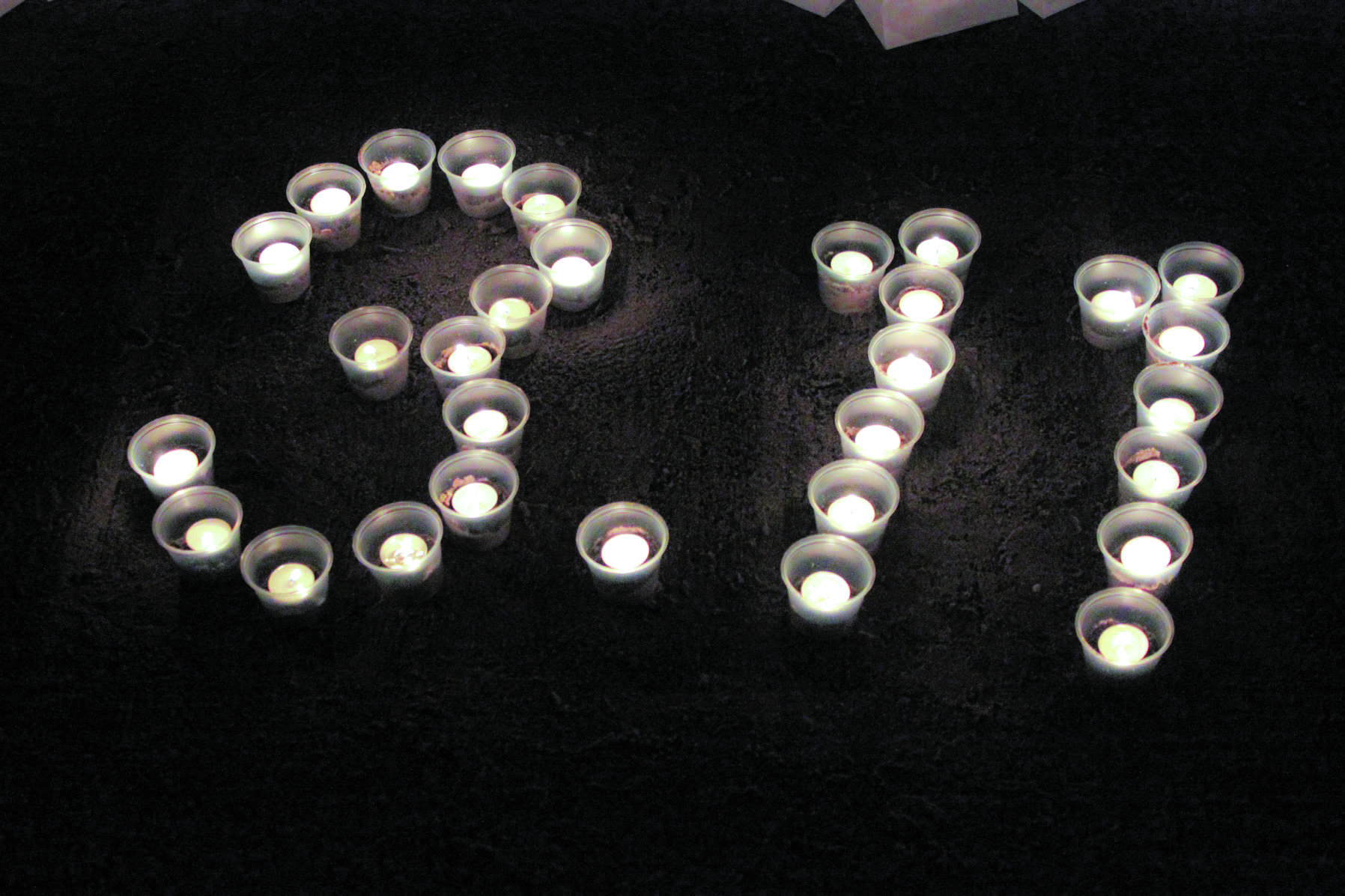 Saturday March 10 marked the seventh anniversary of a landmark 9.3 earthquake and subsequent tsunami that hit the Tōhoku Region of Northern Japan. To commemorate the occasion, candles were lit next to Santa Monica Pier where a vigil took place.

Standing around the glow of candles, Masako Unoura-Tanaka, a survivor of the Tōhoku earthquake and tsunami, welcomed guests to the evening’s proceedings. Speaking in both in English and Japanese, she as well as other attendees shared where they came from and what had brought them to the event.

“The earthquake struck Japan at 2:46 p.m.,” stated Unoura-Tanaka “which was 9:46 p.m. here in Santa Monica. Three-eleven [March 11], will always have meaning for me.” Unoura-Tanaka currently lives in Marina Del Rey with her husband Ted Tanaka.

“It is so important,” followed Janet LeBlanc, “that even though the kids have the ‘Great Shakeout’ in September, six months later the beach cities should practice natural disaster preparedness.” LeBlanc has helped organize the memorial event for the past six years.

LeBlanc is part of the group Love to Nippon. Their aim is to remember the incident, share lessons learned from it and support training efforts for future natural disasters.

As 9:46 p.m. approached on Saturday, people from as far as Bakersfield and San Diego joined the group for the moment of silence. All of those in attendance then held hands around the candle-lit heart, in its center a “3.11” made of candles.

To close the evening, Unoura-Tanaka thanked everyone who came and encouraged all in attendance to “make 3.11 their day to practice natural disaster preparedness.”

For more information about Love for Nippon, visit: https://www.lovetonippon.com.