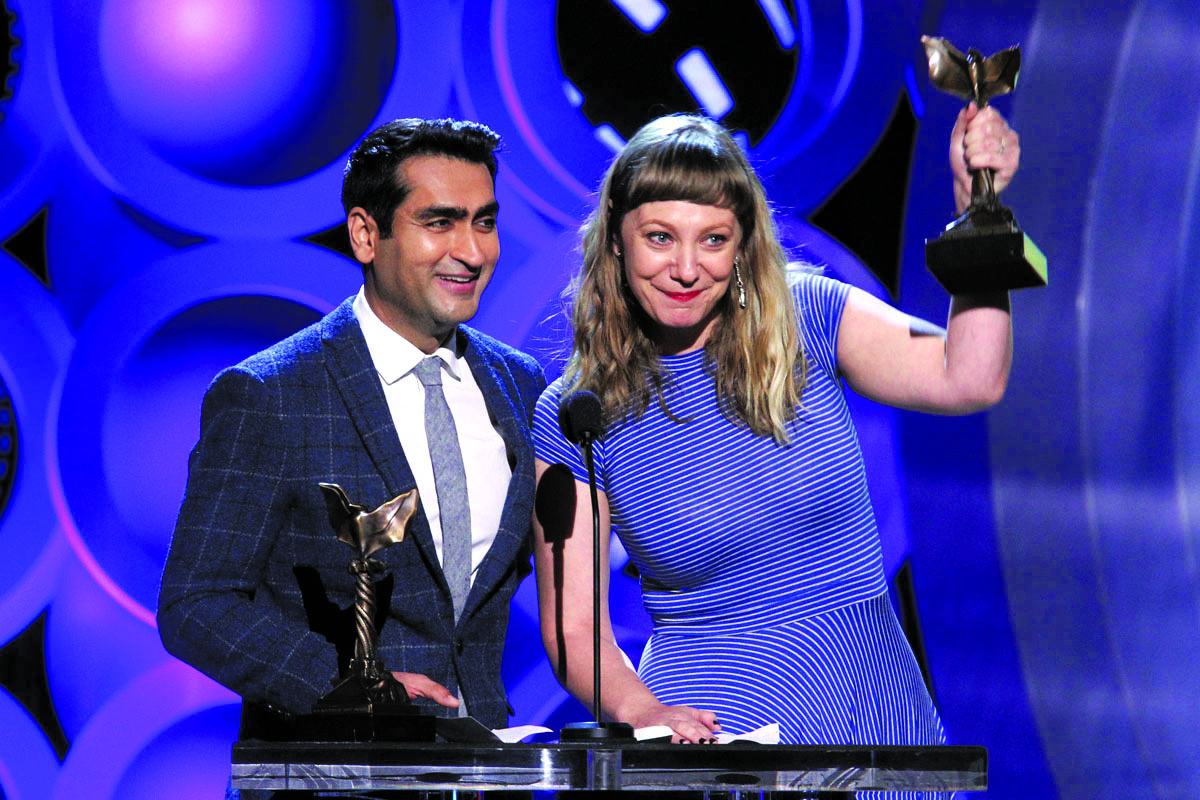 What threatened to be a rainy, windy day turned out to be quite the opposite as the god of sunshine beamed his light down on the still damp, but beautiful Santa Monica Beach, once again home to Film Independent Spirit Awards. Now in its 33rd year, Film Independent is a nonprofit arts organization that encourages independent visual storytelling and supports a community of artists who embody diversity, innovation, and unique vision. Journalists from around the world gather to cover this annual celebration honoring the filmmakers who obtain financing outside of the studio system, and therefore are not constricted by studio demands. This allows them to make films that are true to their artistic vision and the Film Independent Spirit Awards honors their achievements.

With Nick Kroll and John Mulaney presiding over this entertaining non-black tie ceremony, celebrity guests and honorees showed up for the pre-show lunch in the familiar Big Tent more dressed than the usual torn jeans with knees poking through. With no language restrictions, the co-hosts took full comic advantage in both delivering prepared jokes and off-the-cuff remarks, including comments on the epidemic of sexual misconduct with some mention of yes, Harvey Weinstein. The “anything goes” is at the heart of the Film Independent Spirit Awards and is what makes it unique, relaxed, and fun.

While the show aired live simultaneously on IFC and on Facebook Watch at 2 p.m. PT/5 p.m. ET, with cameras in hand, fans lined up behind viewing barriers set up along the path leading to the tents to get a glimpse of some of their favorite movie stars, some of whom greeted the fans, signed autographs, and posed for pictures.

So once again, thousands of dishes were cleared away and the tents were folded up until next year when Film Independent Spirit Awards would once again return to the little city by the sea to bring its own special brand of celebrating the world of outstanding independent filmmakers. As far as the weather, it held up just about until the end of the day when the skies suddenly darkened, the temperature dipped, the wind began to blow, and tiny droplets sprinkled on the departing guests.

“Get Out” (Universal Pictures)

Jordan Peele, “Get Out” (Universal Pictures)

“Life and Nothing More” (CFI Releasing)

Timothée Chalamet, “Call Me by Your Name” (Sony Pictures Classics)