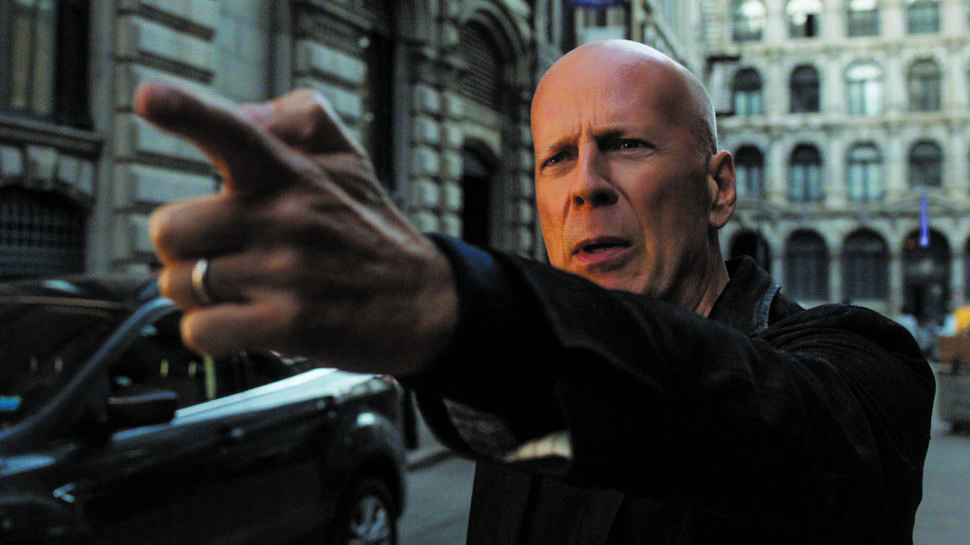 Originally, this project was to star Sylvester Stallone, but he dropped out due to creative differences and the original director leaving. This was smart on Stallone’s part because it would have echoed the “Judge Dredd” fiasco he starred in years ago,

This time, Paul Kersey (Willis) is a Chicago, mild-mannered doctor when home invaders kill his wife (Elizabeth Shue) and send his daughter into a coma. Detective Kevin Raines (Dean Norris) and his partner are inundated with a gigantic caseload of unsolved crimes and criminal activity as they try to quell Dr. Kersey’s helpless rage. Frustrated with the system. Dr. Kersey decides to take the law into his own hands with vigilante justice while searching for his family’s assailants.

There are some creative moments as Dr. Kersey deliciously dispenses his unique brand of vengeance while local Chicago disc jockeys like Man Cow Mueller dub him the “Grim Reaper” with the citizens taking his side, but we’ve seen this all before and there is nothing new under the sun in this movie. It’s a paint-by-numbers remake directed by Eli Roth with an ample selection of sleazy bad guys to eliminate though one feels it’s a made-for-cable TV movie rather than a feature film.

D’Onofrio, a great actor in his own right, stars as Kersey’s brother Frank where suspicion is drawn to him as the avenging vigilante, but it’s a character that didn’t need to be in this film.

There’s an adequate enough action to satisfy, but overall it’s all been done before and better with the 1974, Charles Bronson film and its sequels. The film stars Bruce Willis, Vincent D’Onofrio, Dean Norris and Elizabeth Shue, and is directed by Eli Roth.