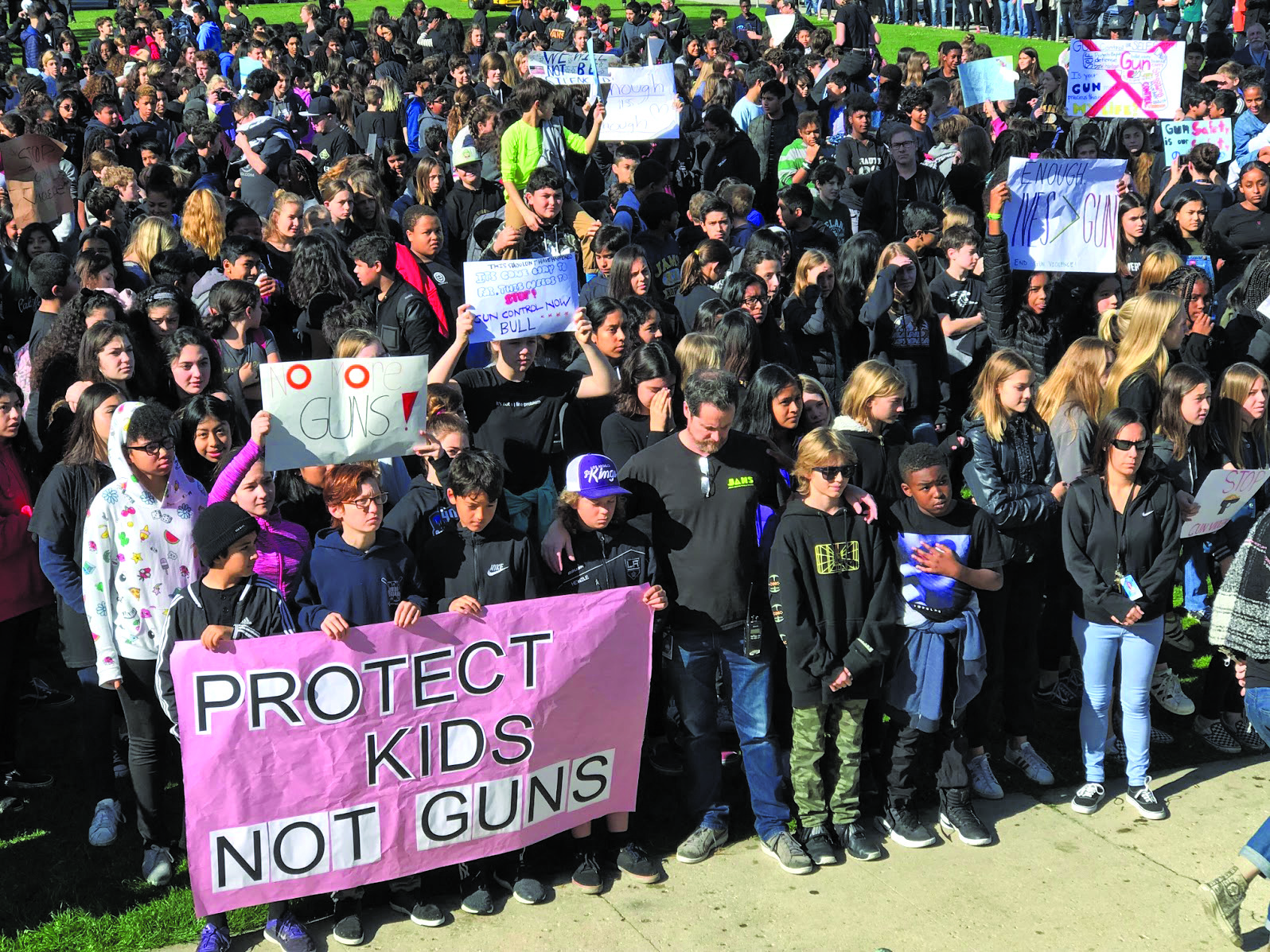 Thousands of Santa Monica students walked out of their classrooms at 10 a.m. Wednesday, March 14, for 17 minutes, protesting gun laws and standing in solidarity with Douglas Stoneman High School students in Parkland, Florida, where 17 students and staff lost their lives to the hand of a lone gunman a month ago.

“History is going to be changed and the students and our generation are going to make a difference,” 16-year-old protester from Santa Monica High School (Samohi) Noa Goldsmith explained to The Mirror.

Joining other organizers to set the national protest plans in motion at Samohi, Goldsmith said that despite being hit with early roadblocks, the students’ perseverance in mobilizing the action was well worth it.

“When the event started, and we saw the floods of people walking in, it was really amazing,” she said.

The nationwide walkout was supported by the District, who applauded students in demonstrating “their determination, passion and ability to take appropriate action to affect change in a positive way, locally, regionally and nationally,” according to Dr. Ben Drati, Santa Monica Malibu Unified School District (SMMUSD) Superintendent.

SMMUSD Board of Education passed on March 1, 2018, a resolution in support of common sense gun laws, with students echoing the call for immediate action.

Further protests are planned for April 20, 2018, the anniversary of the Columbine High School massacre in 1999, where 12 students and one teacher were murdered in a highly-orchestrated attack.