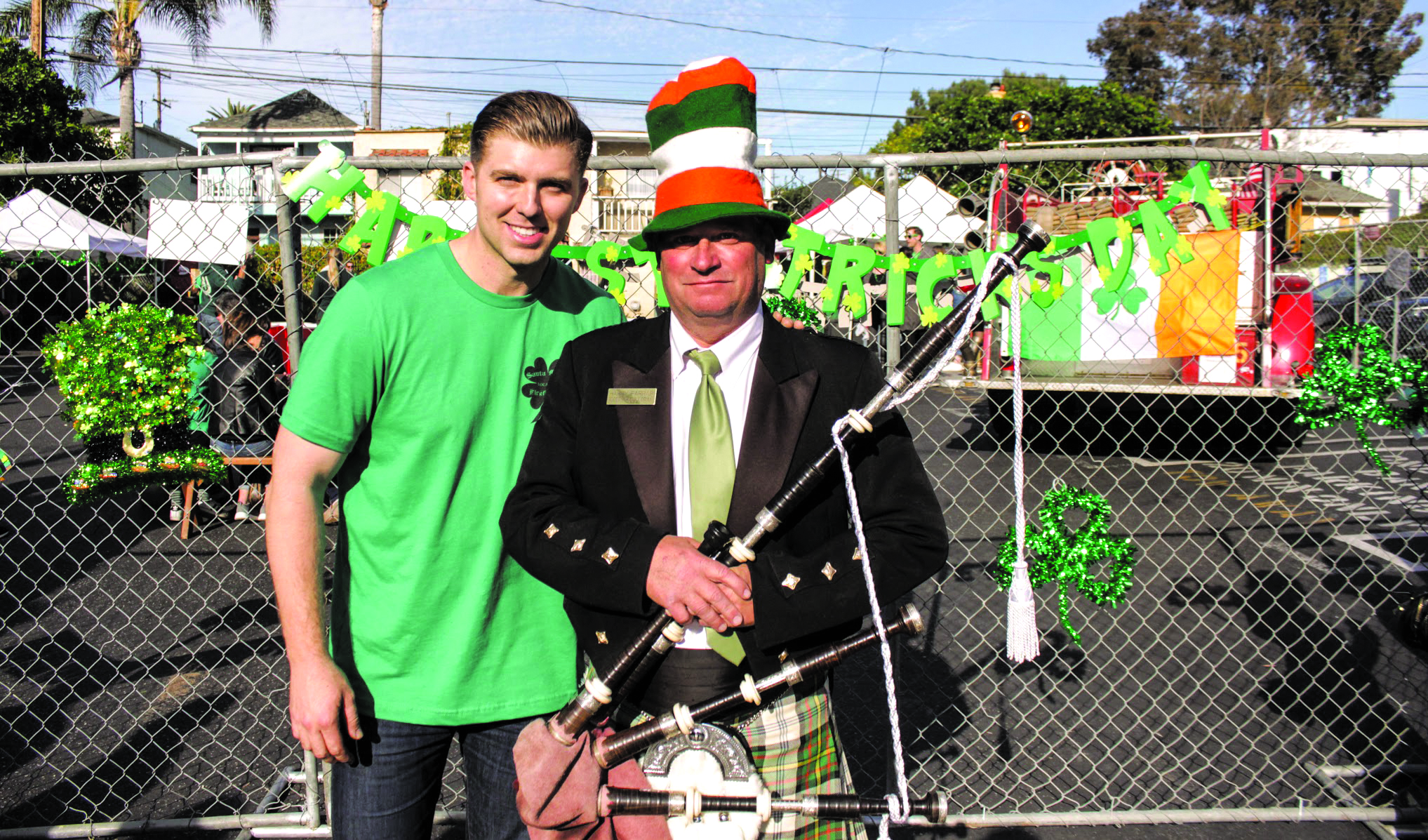 On Saturday March 17, Santa Monica locals and neighbors put on their green day finest for a daylong celebration of all things Irish. From food to music to friends, Saint Patrick’s Day in the City of Santa Monica was a communitywide event that brought together Irish immigrants, Irish-Americans and friends who were Irish for a day.

Inside pubs across the city, green clad residents gathered for music and drinks, and at Sonny McLeans Irish Pub people came together to watch some Six Nations rugby action. According to Grant Woods, general manager of the pub, Ireland’s win against England helped to set the tone of the day; and the clear skies in Santa Monica were just the “Luck of the Irish” because the pub had converted their parking lot into a beer garden in preparation for the day’s events.

When asked about the day’s schedule, Woods replied that they had a full day ahead which included “Irish dancers, traditional Irish folk music performed by The Dogs Bollix, and an evening performance by Another Mother.” He then stated that they were serving “traditional foods such as included bangers and mash as well as shepherd’s pie.”

On the stage, The Dogs Bollix played an eclectic set of songs that, according to Paul Harkin the guitarist and vocalist for the group, ranged from “traditional to rebel.” Together, Rudy Nuño on standup bass, vocals and cajón, along with Christopher on mandolin played “God Save Ireland” and invited the entire pub to join in as they sung “Finnegan’s Wake.”

One group of attendees, stated that they had been coming to the annual event for the last seven years. Ernesto Ibarra, clarified that they’re all co-workers at UCLA but they “come [to Sonny McLeans] on St. Paddy’s Day because it’s fun, there’s live music and beer.”

Across town, along Main Street, a different kind of St. Paddy’s Day celebration was underway as the Santa Monica Firefighters, IAFF Local 1109 hosted the 2nd Annual St. Paddy’s Day Shamrock Social in the parking lot of Ashland Hill. Bagpiper Harry Farrar, a musician with 45 years of bagpiping experience under his belt (and kilt) played to a diverse crown.

According to firefighter Jeff Adams, “proceeds from the event are directed towards the Widows, Orphans & Disabled Fireman’s Fund which assists families of Santa Monica firefighters who have been injured or killed in the line of duty.” Adams then stated that the Santa Monice Fire Department’s 1952 Mack LS 125 fire engine was on display, and that attendees could support the benefit fund by visiting one of the booths or take part in a giant beer pong tournament.

Laughter filled the air as guests warmed up for the giant beer pong tournament by throwing volleyballs approximately 25ft across the parking lot into large red bins. Meanwhile, those not entering the tournament filled up on food and green beer, danced a jig or two and also posed for photos near the fire engine.

Before joining the Santa Monica Fire Department two years ago, James Hesketh worked as a firefighter in London for 10 years. “Historically [firefighting] was a working class job” he said. Originally from Dublin, Ireland, Hesketh went on to say that many “[Irish] people worked the streets, cleaned the roads and put out the fires; working as officers, laborers, and firefighters.”

As for the green beer, “it seems to be an Irish-American thing” he said.

Regardless of origin, attendees Karly Lane, Kylie Higginbotham, and Kayla Giarratana gave cheers to green beer as they played rounds of giant connect four stating that “[the event] was great way to organize for a cause.”