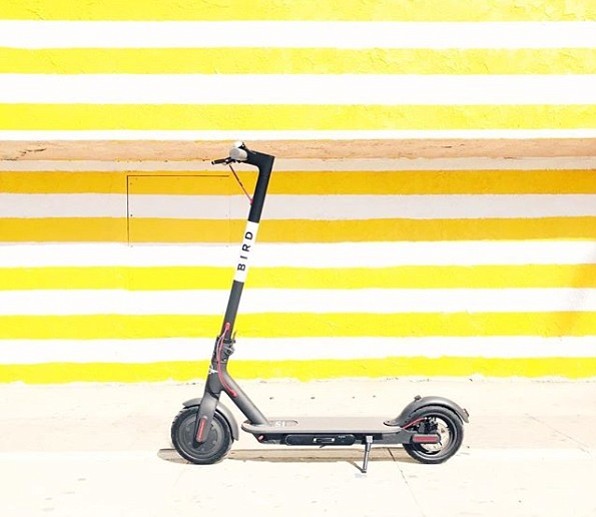 Bird, the Santa Monica-based electric scooter ride-sharing company, announced it has opened operations in San Francisco, San Jose and Washington, D.C. on the heels of a March 13 Series B round that raised $100 million.

The company has said it plans to expand into 50 markets in 2018 as part of a broader strategy to grow the business. Bird currently has locations in Santa Monica, Venice, UCLA, Los Angeles and San Diego.

“Californians hate sitting in traffic and care passionately about the environment,” said Chief Executive Travis VanderZanden. “Operating these past months in Southern California, we have helped thousands of people avoid the traffic and carbon emissions that come from driving a car. We are thrilled to expand north and help the people of northern California take those last-mile trips without a car, and we are thrilled to take Birds to our nation’s capital.”

In addition to announcing three new markets, Bird challenged competitors LimeBike, Ofo, Mobike and Jump to join the company in a Save Our Sidewalks pledge, in which it says it will give a dollar per day, per vehicle to the cities where it operates scooters.

The pledge consists of three components: Daily pickup of vehicles, not expanding until each vehicle is used three times a day and the monetary pledge.