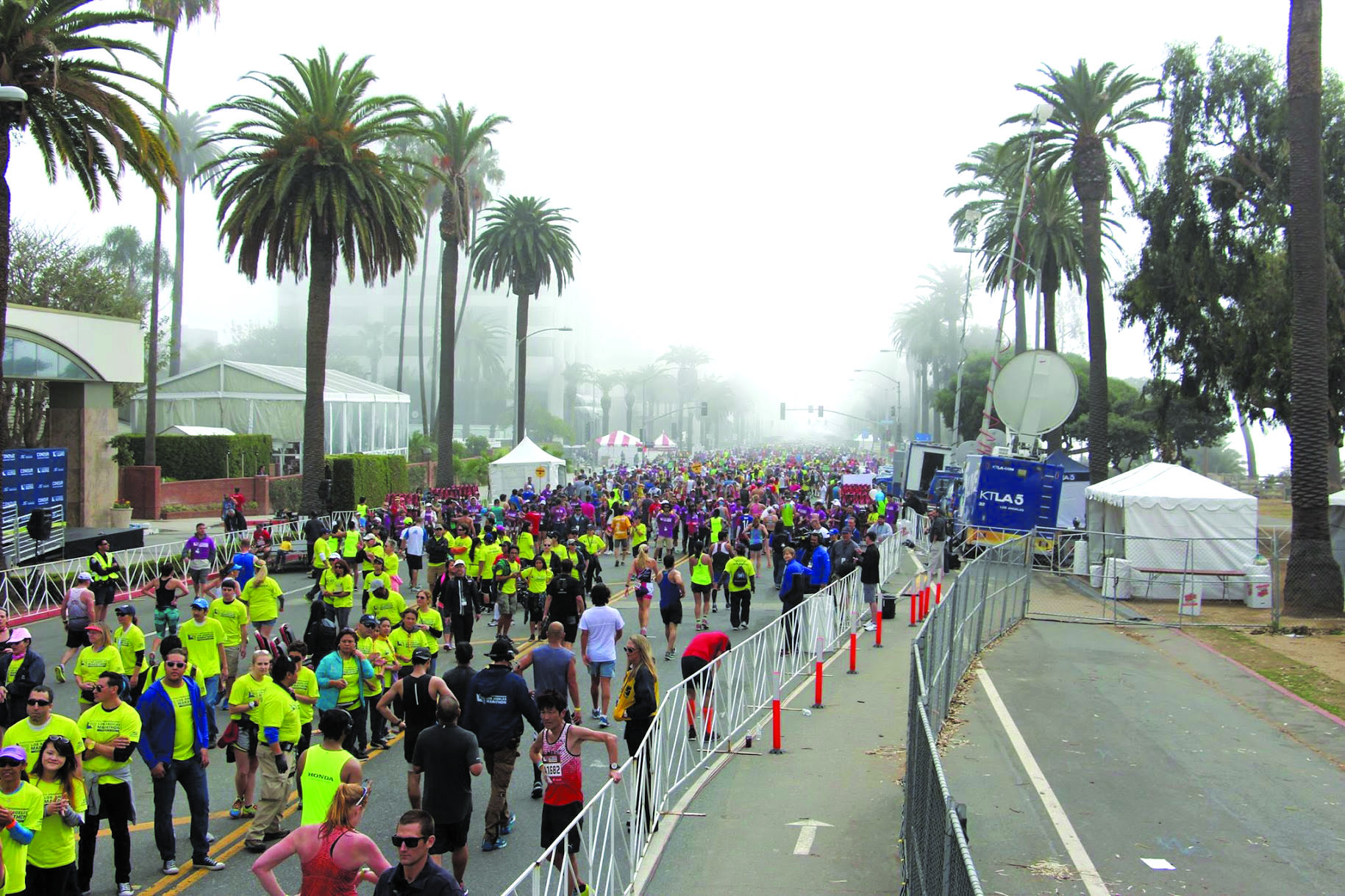 On Sunday, March 18, 2018, the 2018 Los Angeles Marathon sponsored by Skechers Performance will take place. The race will begin at Dodger Stadium in Los Angeles and will run through the neighboring cities of West Hollywood and Beverly Hills before finishing in Downtown Santa Monica.

The Los Angeles Marathon Unified Command wants everyone to plan ahead and remind people that the 26.2 mile race course will be closed to the public on March 18th. Street closures will begin as early as 2 a.m., and will re-open as safety permits on a rolling basis. For a Marathon route map and a complete list of street closures throughout Santa Monica, please visit www.santamonica.gov/marathon.

Eastbound San Vicente Blvd. and parts of Ocean Ave. will close starting at midnight with most other downtown street closures happening at 6 a.m.

To ensure the safety of all race participants and spectators, only Marathon participants will be allowed on the route. All non-permitted bicyclists, skateboarders, skaters and pedestrians will be strictly prohibited.

Parking restrictions along the course and adjacent to the course will be installed before the event and will be strictly enforced. Vehicles in violation of the restrictions will be cited and towed at the owner’s expense.

Parking is expected to be very limited in the City’s public parking spaces as well as private lots that choose to open to the public that day. To make taking transit to/from Santa Monica easier on race day, Big Blue Bus and Metro will offer all transit service from a single Bus Hub at the 17th St/SMC Expo Line Station. All BBB service that operates in Santa Monica on Sunday will arrive/depart from the Bus Hub (except for Route 9, which will not be in service on race day).

Please help the City by remaining vigilant of your surroundings during the Los Angeles Marathon. If you see a suspicious person, object or vehicle along or near the race course, report the sighting immediately to 9-1-1 or to law enforcement personnel nearby.

Have more questions? Visit www.santamonica.gov/marathon to learn about street closures, bike parking, transit routes, parking, and other details about being a spectator at the LA Marathon.

Normal service requests or complaints, including blocked driveways, noise or other non-life-threatening safety issues, should be directed to the Santa Monica Police Department at 310-458-8491. As always, call 9-1-1 in the event of a life-threatening emergency.