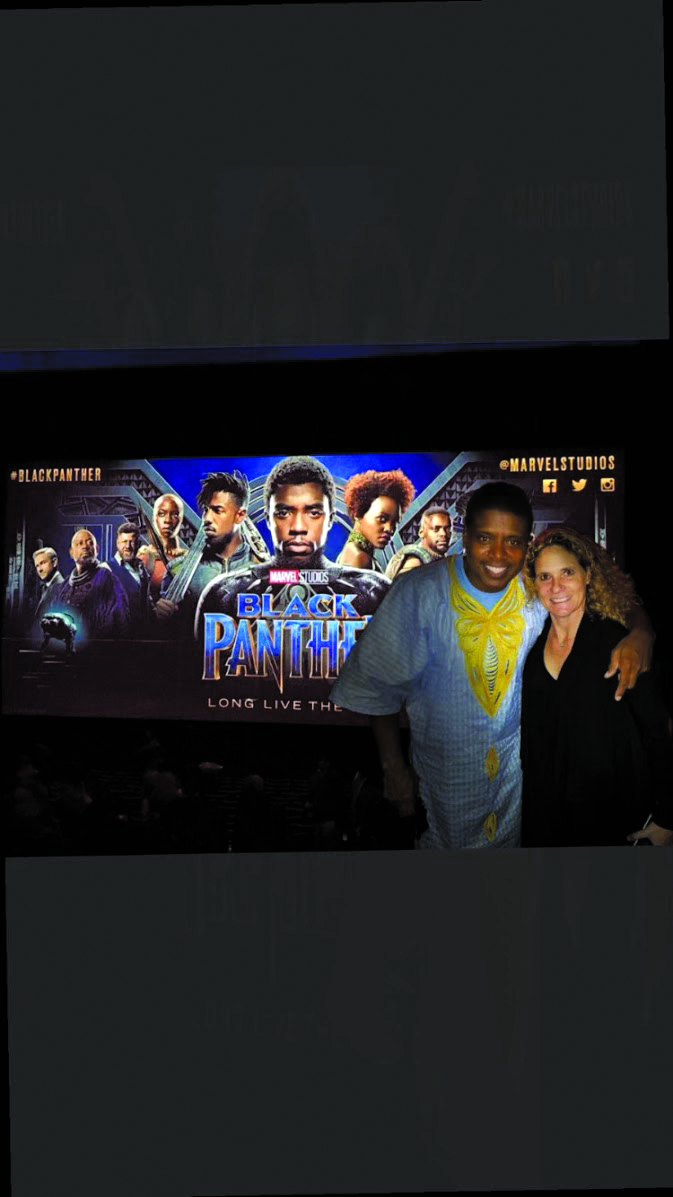 Based on the comic book published by Marvel Comics, “Black Panther” tells the story of a fictional super hero that serves as king and protector of the fictional African nation called Wakanda. First Assistant Director, Lisa Satriano, reached out to Tony back in December to see if he would be interested in working as a stuntman on set.

“The last time I spoke with Lisa was nine years ago when we were both working on the set of “17 Again”, which was filmed at Santa Monica High School (Samohi), so it meant a lot that she still chose to reach out to me” Todd said. “I think it really speaks to the community here in Santa Monica. There’s not that many people living in Santa Monica that grew up in Santa Monica anymore, but for those of us that have, that’s something we’re proud of and we look out for each other.”

“We are both athletes and very competitive people, so we were always pushing each to be better,” Satriano said. “We’re a lot alike when it comes to that.”

Todd and Satriano’s relationship goes back before high school, where they played baseball against each other through the Heartwell Pony Colt League.

“Lisa was such a great athlete that she played on an all-boy team, which shows just how talented she was,” Todd said. “In fact, she was the only girl in the league.”

While they have always shared a friendly relationship, Satriano mentioned this project definitely brought them back together.

“’Black Panther’ brought us back together in our busy lives,” Satriano said. “Tony now comes over and plays sports with my 6-year-old son, Matteo. He’s giving him some good baseball, basketball and football pointers, but I still beat him,” Satriano joked.

While Todd spent four months working in Georgia, and Satriano eight, they both made time among their busy schedules to fly home.

“My family and I have a two to three week rule, which meant that every two to three weeks they were traveling to see me or I would travel home to see them,” Satriano said. “We do whatever it takes to make it work.”