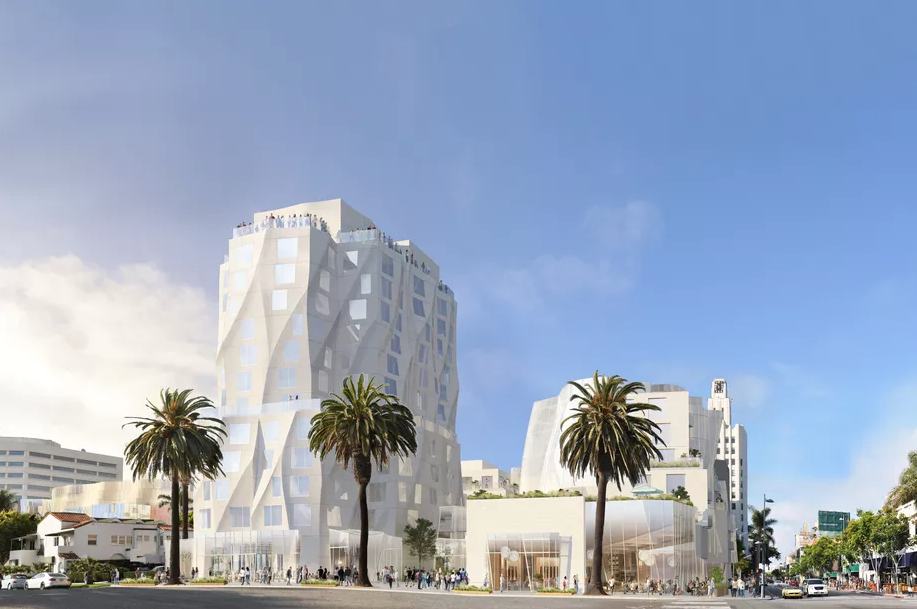 Santa Monica City’s Architectural Review Board (ARB), established in 1974, acts “to preserve existing areas of natural beauty, cultural importance and assure that buildings, structures, signs or other developments are in good taste, good design, harmonious with surrounding developments, and in general contribute to the preservation of Santa Monica’s reputation as a place of beauty, spaciousness and quality.”

So the ARB is asked to evaluate a structure that presumably fits within all of the other regulatory conditions, such as height, floor area, percentage of lot coverage, setbacks and approved uses. And, in the case of a project that is subject to a Development Agreement, such as the Gehry Hotel at Ocean and Santa Monica Boulevard to 2nd Street, all of the conditions that are imposed to presumably allow the project to exceed the normal limitations that would be imposed on the site by the approved zoning.

The ARB is basically there to assure the taxpaying residents that the project will “preserve existing areas of natural beauty” be “harmonious” with “surrounding developments”, and “preserve Santa Monica’s reputation as a place of beauty and spaciousness”. One might wonder if replacement of an existing two story building and an open parking lot, adjacent to two single family historic houses, with a complex of five multi-story structures, up to 150 ft. tall, fulfills that criteria. Apparently the members of the ARB thought so, as they unanimously supported the hotel project.

It is interesting to see how an undoubtedly creative design and presentation can cause a moment of adulation and oooh and awww, the proverbial dog and pony show. But those who are in a position of approving such projects, on behalf of their resident constituency, should be able to maintain their focus and not lose sight of their responsibility.

In the case of the Gehry hotel, it is in a location that has, for the past 30-plus years been zoned with a 45ft height limit. That height along Ocean Avenue was changed to 50ft when the new zoning code was adopted one year ago. In spite of the 45 and 50 ft height limits that were imposed by zoning, the hotel project was first brought to Council as a 220ft-plus tall project. Part of the argument for justifying the height was that the 100 Wilshire building was taller and so too was the Welk building. What’s good for the goose should be good for the gander, etc. Additionally, while the Land use Circulation Element of the General Plan (LUCE) did not address the entirety of downtown, which was to be addressed separately as a “specific plan”, the LUCE none the less set criteria for the overall design of the city, including the proviso that height was to experience a reduction…not an increase.

But here is this 220ft-plus hotel project by a noted architect being pushed to the Council for special development rights. So, how can that be made to happen? Apparently it was decided that since the structure would not conform to the LUCE, and since there was still the Downtown Specific Plan (DTSP) to be adopted, the best approach was to change the LUCE to conform to the proposed DTSP which gerrymandered the height requirement by fabricating, out of thin air, the notion that there were three separate “large” areas in the downtown that create “large sites” for special opportunities.

During the design of the LUCE, the Zoning Update, and the creation of the DTSP, there was initially an attempt by the City to reference “opportunity sites”, seven or eight of them, to receive special treatment, though such sites are not mentioned in the LUCE. The public balked at this and the City seemingly backed off, reducing from seven to three sites, including the Gehry hotel project location. This time, as the Downtown Plan was presented, the sites were now miraculously identified as “Established Large Sites”, with special heights and other considerations given that are to be denied their neighbors. The DTSP (now called the Downtown Neighborhood Plan…more warm and fuzzy I guess) states that these three sites, and only they, can receive this special consideration. What? That’s right, no fair for someone in the future to do what occurred here and point to this hotel and claim they just want equal treatment…just as this team did when pointing to 100 Wilshire, wanting the same thing. I guess we will have to wait and see how the council wiggles around the next time someone wants to build tall and points to this building as a precedent.

What can the Planning Commission and Architectural Review Board do about such manipulation? Well, in the case of the ARB, could they not have denied approval of the hotel project based on their own mandate? “to…assure that buildings, structures, … are harmonious with surrounding developments.” 150ft next to 25ft single family historic buildings?? Is that harmonious? If respectful of the baseline zoning requirements I suspect that Gehry could have created an exciting/interesting 50ft tall building and be more “harmonious” to the neighbors. This is a case where the oooh and awww seems to have directed attention away from what is a planning issue and made it into an architecture issue.*

*See also previous articles “In The Spot Light” and “Why Indeed” at https://santamonicaarch.wordpress.com.