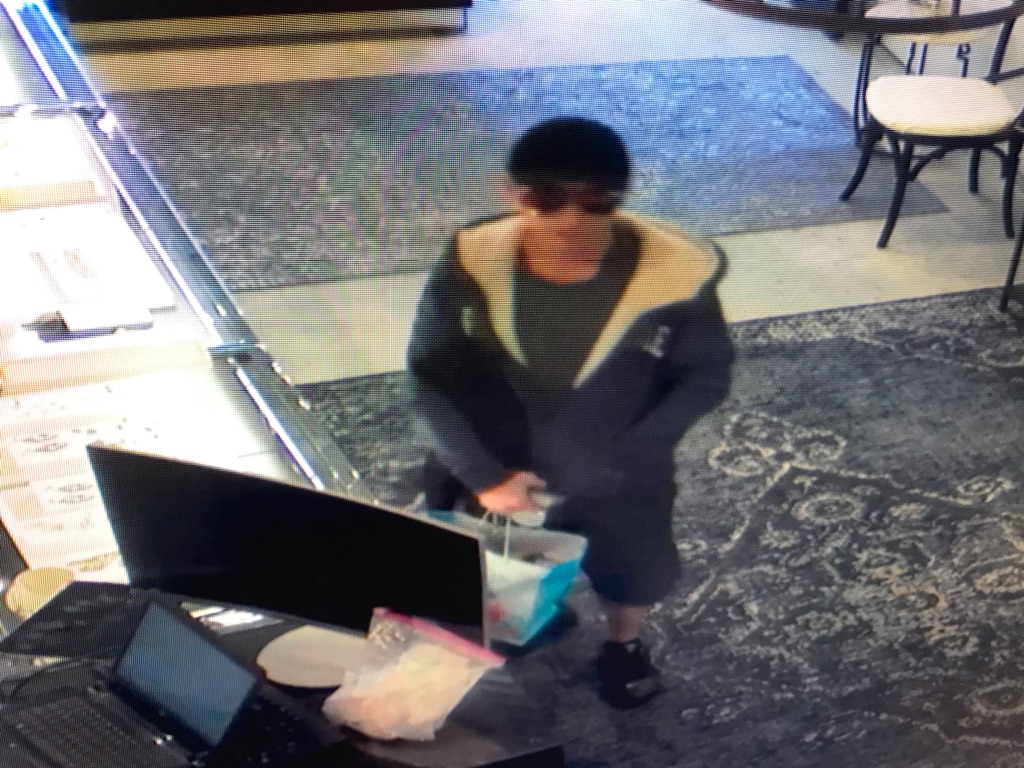 FROM SMPD: Santa Monica, CA – On February 28, 2018 at about 5:36 p.m. the Santa Monica Police Department (SMPD) responded to a radio call for service at the 1600 block of Montana Avenue regarding “Suspicious Circumstances” at ‘Curated Los
Angeles’, a jewelry store. Officers arrived and determined a male suspect entered the store
holding a suspicious device. The suspect demanded merchandise from a store employee and was given merchandise.

The suspect began to argue with the employee and fled the store with the suspicious device. The suspect dropped the merchandise in the store as he fled the location. The suspect entered a vehicle and fled north on 15th Street striking several parked cars along the way. The car came to rest after striking a parked car at the 300 block of 15th Street. The suspect exited the car and fled the area on foot north into the residential area.
As the first responding officer checked the vehicle, he noticed a suspicious device on the
ground next to the driver’s side of the car. A perimeter was established around the immediate area. SMPD’s K9 and SWAT Teams were activated to search for the suspect. Los Angeles County Sheriff’s Department Bomb Squad responded to the scene for the suspicious device.
The device was detonated by the bomb squad and remains under investigation for its contents.
The suspect remains outstanding following an extensive search. The suspect is described as
a Hispanic or Caucasian male, 30 years old, 5’9” tall, last seen wearing a black hooded
sweatshirt and dark colored shorts.

Anyone with information related to this investigation is encouraged to contact the Santa Monica Police Department at (310) 458-8491.