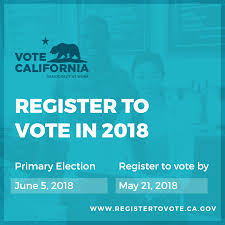 Imagine for a moment that California now had a top four primary election system instead of the top two it now uses. In that alternate – for now – world, the four leading vote-getters in this June’s primary election would advance to the November runoff election rather than just the top two.

With two Democrats – Lt. Gov. Gavin Newsom and former Los Angeles Mayor Antonio Villaraigosa – currently at or near the top of the seven-person field of credible candidates for governor – no one would have to pay much attention to either of them during the leadup to this June’s primary. Instead, attention would be focused on the other five candidates, bunched until days ago in single-digit territory in every poll.

That’s because the real contest wouldn’t be for the two top slots, but for the other two positions on the fall ballot.

And if one of the other two Democrats and one of the two current Republican candidates should win those two runoff spots, it would be highly possible that heavily Democratic California could end up with a GOP governor, even though that party now trails Democrats by about 20 percent in voter registration.

This would happen if the full 25 percent of voters registered as Republicans voted for their party’s surviving candidate, who would likely also pick up some independent no-party-preference voters, while the three Democrats splintered their party’s vote.

Don’t laugh… something like this actually happened in 2012 in a largely-Democratic San Bernardino County congressional district where Republicans wound up with both November ballot slots because a bunch of Democrats splintered their party’s vote.

A very improbable scenario, you may say. But it is exactly the kind of situation a currently circulating potential ballot initiative would create.

The measure, sponsored by Orange County accountant Richard Ginnaty, needs 585,407 signatures to qualify as a November ballot proposition. Since this cause appears unlikely to draw hordes of volunteer petition carriers, and since paid carriers often get $5 or more per valid voter signature they gather, it would likely cost upwards of $3 million to qualify the plan. Ginnaty says he doesn’t have that kind of cash, but might get “outside support.”

For sure, this is the simplest way yet proposed to give Republicans a chance in many California elections, where Democrats rarely show the discipline to get out of each other’s way for the sake of their party. Of course, neither have Republicans, or one of the current GOP hopefuls might have dropped out of the gubernatorial run by now.

Ginnaty says his measure is not designed specifically to benefit Republicans, even if it ends up accomplishing that. “Republicans have been monumentally ineffective in making their case (in California) and have ignored the initiative process, a good way to bring ideas before the voters,” said the self-described “old Tea Party guy.” “That ticked me off and I want strong new voices that aren’t heard now to have a chance.”

Meanwhile, the reaction is lukewarm from other election experts who have been fighting the top two for years on grounds that it squelches minor parties by virtually never giving them a November voice.

Said Richard Winger, the San Francisco-based editor of the Ballot Access News newsletter and blog, “This definitely could lead to situations like what happened in San Bernardino County. But it could also help minor parties in state legislative races, where there aren’t usually many candidates if an incumbent is involved. But for statewide races, it just wouldn’t work.”

That judgment doesn’t faze Ginnaty, who is out to clean up what he sees as a “Sacramento swamp.” “We have a swamp because we only have one party with power now,” he said. As an example of what a “swamp” can bring, he cites the state’s bullet train project, whose recent cost estimates are more than seven times higher than the bond amounts originally approved by voters.

“A responsible Legislature would have put that to another vote of the people long ago,” he said. “Especially with self-driving cars coming, it’s an outmoded technology.”

The bottom line: Top 4 is unlikely to make the ballot, but if it did and it passed, it could radically change today’s political reality in California.