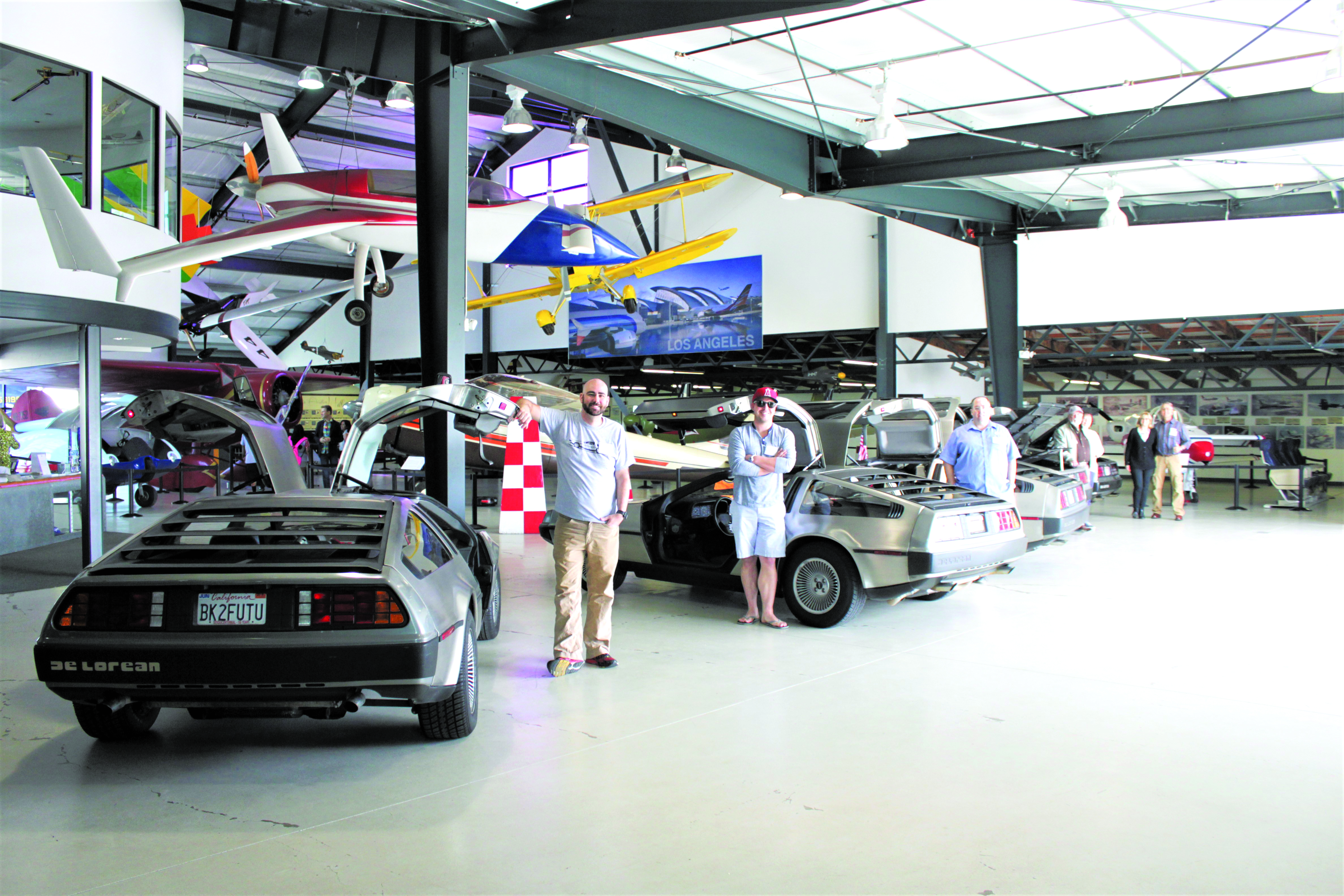 The Museum of Flying at Santa Monica Airport welcomed the Orange County DeLorean Club, Saturday March 31, for a DeLorean car show. The American-made car was popularized by the 1985 film “Back to the Future” and is featured in the new film “Ready Player One.” The most prominent features of the car are the stainless steel body and gull-wing doors.

The flock of cars parked inside the museum, with gull-wing doors open and hoods lifted. Dave Tavres, who has owned his DeLorean for two and a half years, helped to organize the car show. “The best part of owning the car is sharing it.” He went on to say that there is some nostalgia to owning the vehicle, in that people recognize it from the “Back to the Future” trilogy.

“A few of us were at Liberty Square in San Diego for the ‘Ready Player One’ premier last night,” stated Gordon Carpenter, a DeLorean owner of 33 years, “but it wasn’t like this; here people are familiar with the history of the car.” Carpenter went on to talk about how John DeLorean’s DeLorean Company went bankrupt during the 1980s, making the vehicle a rare item.

Mark Montenegro, a DeLorean owner of 14 years, modified the interior of his vehicle to replicate that of Doc Brown’s from Back to the Future. One tip that he had for fellow DeLorean owners, “make the electrical system of the car as modern as possible.” From engine and electronic upgrades to personal stories and tips, the owners swapped stories with guests of the museum and one another.

As the Orange County DeLorean Club readied themselves for a tour of the Museum of Flying, Operations Manager Steve Benesch welcomed the group by stating that “automobiles and aviation have a long history together.” For more information visit: www.museumofflying.org.