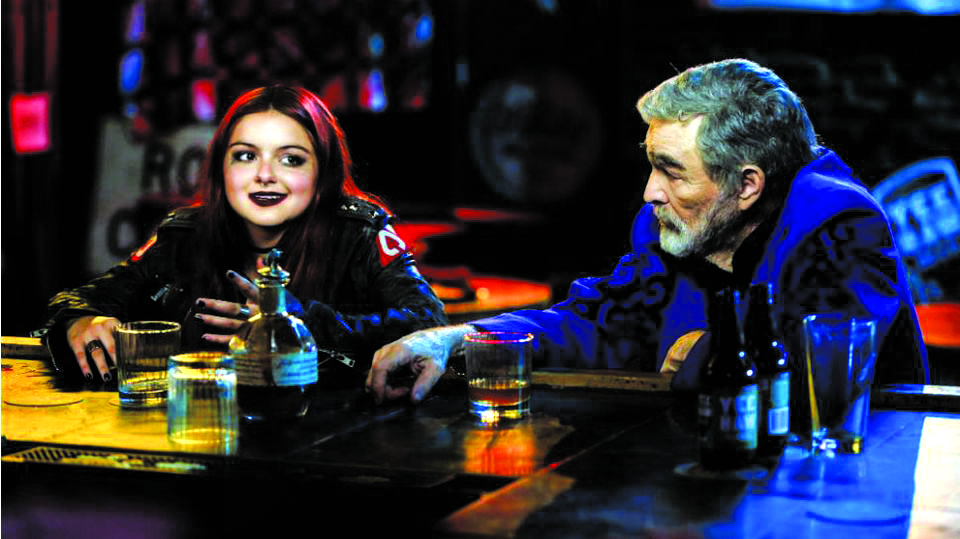 If you want to see a fun comedic 1950’s style feel-good film; if you would like to find out what makes Burt Reynolds a star, or if you want to understand the world of die-hard fans, it’s worth an hour and a half to see “The Last Movie Star”. The movie is very well written by writer/director Adam Rifkin, who makes great use of visual cues and emotional undercurrents. The film was released last year as Dog Years and didn’t get much play at the time. Apparently distributors realized it was an undiscovered gem of a film and released it again, post Oscar madness, with a new title and worldwide marketing campaign.

Rifkin’s lifelong dream had been to work with Burt Reynolds and he says he would not have made the film if he couldn’t have convinced Reynolds to take the title role of aging movie star “Vic Edwards.” Reynolds was generous enough to accept that role from the relatively unknown director. Reynolds is like that. I worked with him when on the set of Deliverance years ago, before he gained fame. Even then, he was generous to a fault, sometimes getting into sticky situations. Recently he has survived several years of serious medical problems, and now seems to be actively enjoying life, though walking with the aid of a cane. That’s what makes Reynolds so appealing to fans of his films. It’s not Reynolds’ Cosmo centerfold that made him a star, it’s his unabashed delight in what he’s doing that radiates from the screen. The enthusiasm is real – and it’s infectious. Reynolds has a love of life to which we should all aspire.

Rifkin is himself the devoted fan depicted in the story. His screenplay tells the story of an aging action star who is invited by some overeager “fanboys” to receive a lifetime achievement award at an “International” film festival that turns out to be not what it seems. The well-meaning organizers of the obscure festival coerce their beloved aging star to attend and accept his award in person.

Ariel Winter, best known as “Alex Dunphy” on “Modern Family”, plays “Lil,” a foul-mouthed, moody, angry teen who is paid to be Edwards’ driver and personal assistant throughout this film festival. The relationship between Lil, who drives an old beat up car in Nashville, and Vic, who resides in Beverly Hills, is turned 180 degrees. She doesn’t know who he is nor does she care. For once the movie star is able to relate to someone on a human level and it’s refreshing for him. You will also see a beautiful cameo by Kathleen Nolan, a TV actress whose career spans over 60 years.

In “The Last Movie Star”, the invitation to accept an award at an International Film Festival turns out to be a set in a beer bar with group of diehard fans. In the end though, movie star Vic learns a lesson in humility and discovers a world outside the walls of his mansion.