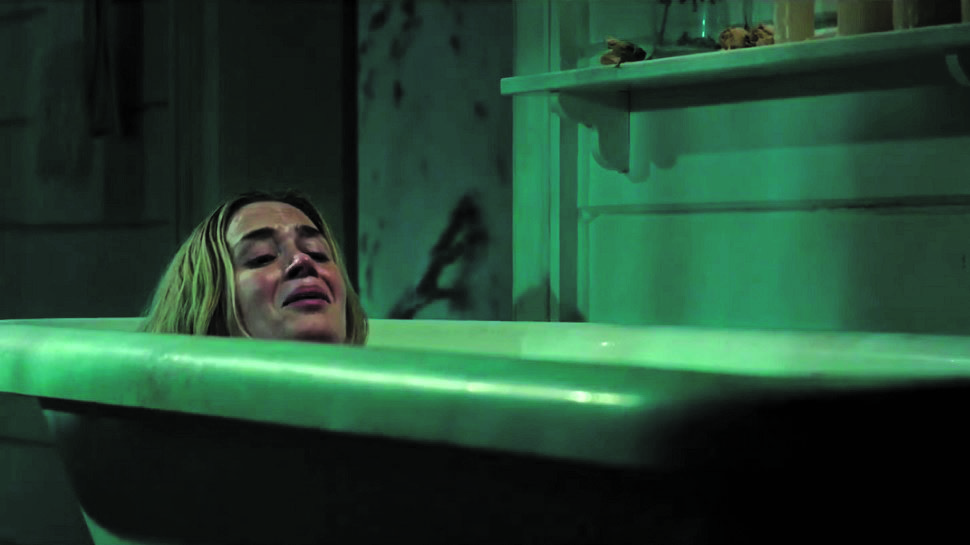 A Quiet Place is one of the great horror films. The filmmakers employ the mind-shattering techniques of the genre, which then overlay the fear that has been created by a tightly written, fast-paced, emotion-laden story. The horror facet is only part of the equation here. It drives what is at its heart a poignant family drama. Writer/director John Krasinski and his wife Emily Blunt star as Mom and Dad in a family caught in an unspeakable hell as they try to maintain the normalcy of everyday life amidst a terror that is ever present yet seldom seen.

In a sense this is a modern-day Western. This is a pioneer family in a new world fraught with unfamiliar danger and settings, working creatively to establish a safe space in which to raise their family and construct a future against all odds. The performance of everyday tasks takes on extraordinary impact with the constant threat looming unseen in the background. Krasinski and Blunt are wonderful in their roles, truly believable as the parents. That’s actually not easy when you are real partners and parents, as they are. It’s an extra challenge as an actor to lose yourself in a role when you are performing in your own image. Millicent Simmonds, the actress I loved in Wonderstruck, is their daughter. She beautifully portrays a normal young lady coming of age who happens to be deaf. It is hinted that her deafness and the skills that the family has developed to communicate with her are the keys to their survival in a world where few humans still exist.

The opening sequence of the film is exceptionally well done. With only visual communication, a terrifying new world is unveiled, as are the elements of strength that are traits of the surviving few and of the generation that is inheriting this world. Each scene of this family’s existence is clearly and exquisitely defined by cinematographer Charlotte Bruus Christensen. The musical score by Marco Beltrami is perfect and cues the emotional thread that unwinds with a persistent rhythm in this film in which hardly a word of dialogue is heard.

As I left the theatre I wondered if the idea for this story might have had its inception in one of those family situations where the kids are making a crazy deafening clamor. So, the parents, being at their wits’ end, came up with a tale to terrify the kids into silence – to create peace – A Quiet Place.