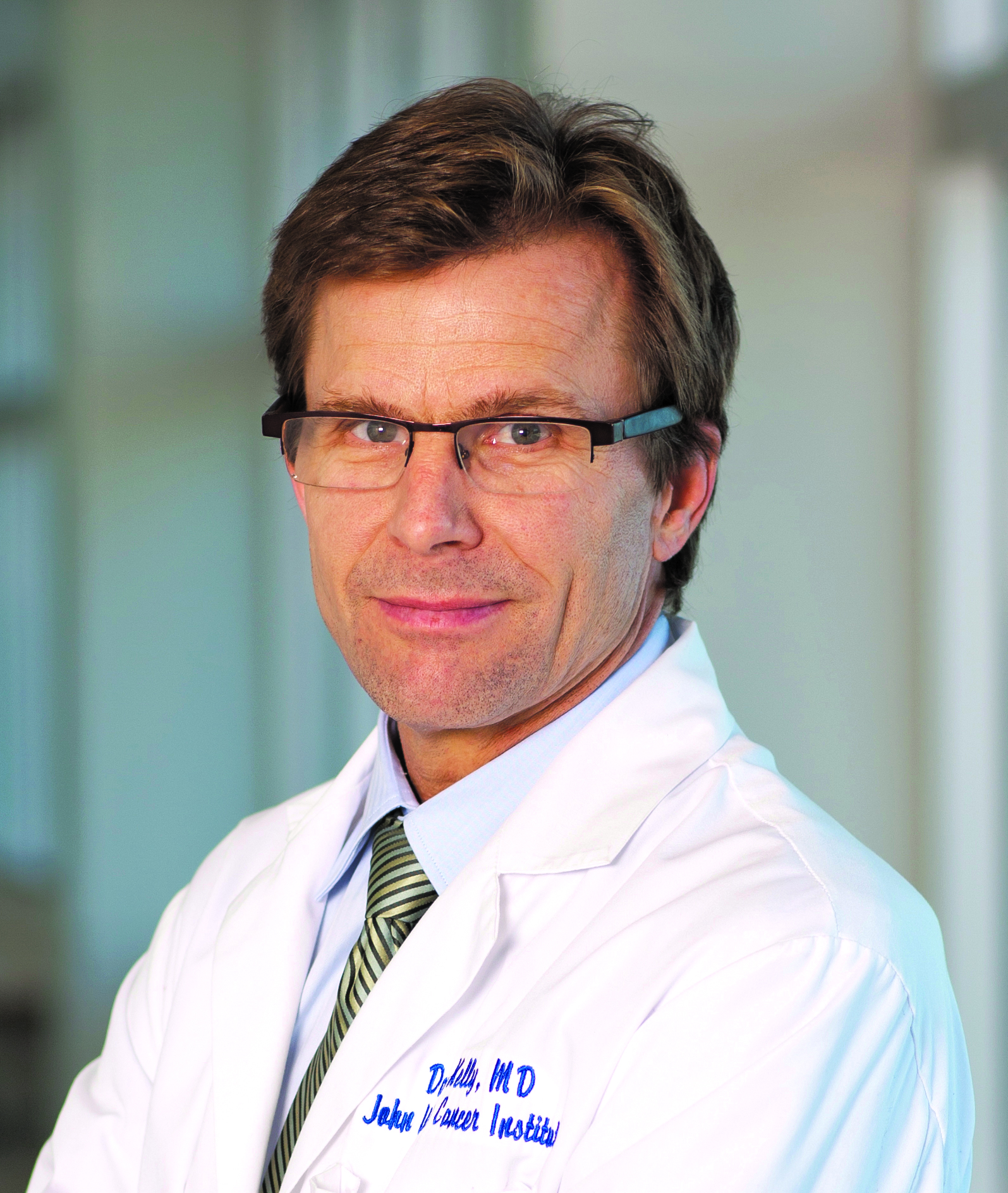 Santa Monica’s hip and laid-back community is home to some very high tech neurological medical experts. Daniel F. Kelly, MD, director of Pacific Neuroscience Institute, is considered to be among the top neurosurgeons in the US, well known for his use of minimally invasive “keyhole” endoscopic brain and pituitary surgical techniques.

Dr. Kelly came to the Providence Saint John’s Health Center in 2007, following 14 years at UCLA. In practice now for over 23 years Dr. Kelly’s unique blend of surgical expertise and ability to put patients immediately at ease, has earned him Southern California’s SuperDoctors award 11 years in a row, and multiple TopDoctor and Patient’s Choice awards.

In 2015, Dr. Kelly and his three co-founders Drs. Chester F. Griffiths (ENT – Otolaryngology), Santosh Kesari (Neuro-Oncology) and Howard R. Krauss (Neuro-Ophthalmology), established the Pacific Neuroscience Institute which is a multidisciplinary institute devoted to the care of patients with a wide spectrum of neurological and cranial disorders. Doctors at PNI’s Centers of Excellence see and treat local, nationwide and international patients.

“PNI’s roots are in the brain tumor and pituitary disorders program which we began at Saint John’s in 2007,” said Dr. Kelly. “Pituitary disorders cover a wide range of diseases with such diverse symptoms; patients often spend years trying to get a correct diagnosis.” Pituitary adenomas are the most common benign tumor occurring in the pituitary gland. This small yet mighty gland regulates a wide array of bodily functions including growth and development, sexual and reproductive functions, body metabolism and stress response and in fact is a key player in cognitive function and overall brain health.

The great majority of symptomatic pituitary adenomas are now removed via the natural corridors of the nostrils with a team surgery approach using a high-definition endoscope as the visualization tool. “The beautiful panoramic endoscopic view allows us to sneak in and out of the midline skull base and brain area without brain retraction and without visible scars on the face or head”, Dr. Kelly said. “We also apply the same endoscopic ‘keyhole’ philosophy of minimally invasive yet maximally effective approaches for both benign brain tumors such as meningiomas, and malignant tumors such as metastatic brain tumors and glioblastomas (GBM). Using surgical navigation, ultrasound and low-profile instrumentation, many patients can have a brain tumor removed through one of several keyhole access points such as via a small eyebrow incision, from behind the ear or using ‘gravity assisted’ procedures to reach the tumor without traversing normal brain,” he added.

Knowledge and education are a priority at PNI and young doctors, international scholars and interns are trained in a setting that provides both academic and practical neuroscience experience, including a hands-on neuroanatomy dissection laboratory directed by neurosurgeon Dr. Garni Barkhoudarian.

PNI and JWCI physicians and scientists have a long academic track record with many hundreds of peer-reviewed neuroscience and neuro-oncology publications. “We are continually striving to innovate and improve our treatments with the goal of helping patients live longer, while maintaining their quality of life. By publishing our findings, we hopefully will help change the global standard of care,” said Dr. Kelly.

On March 19, 2018, PNI opened its newly renovated historic clinic building, a Santa Monica Landmark building. Patients can visit the new clinic located on the corner of 22nd Street and Arizona Avenue, in the center of the Santa Monica community, and just across the street from the Providence Saint John’s E.R. A grand opening event is slated for May.

“We’re excited that Pacific Neuroscience Institute is part of Santa Monica. Long-time residents know the 2125 Arizona building. It’s a beautiful restoration and now again a medical clinic as it was back in the 1950’s. We think patients will appreciate the esthetics as well as the continued high-level of care they receive,” said Dr. Kelly.