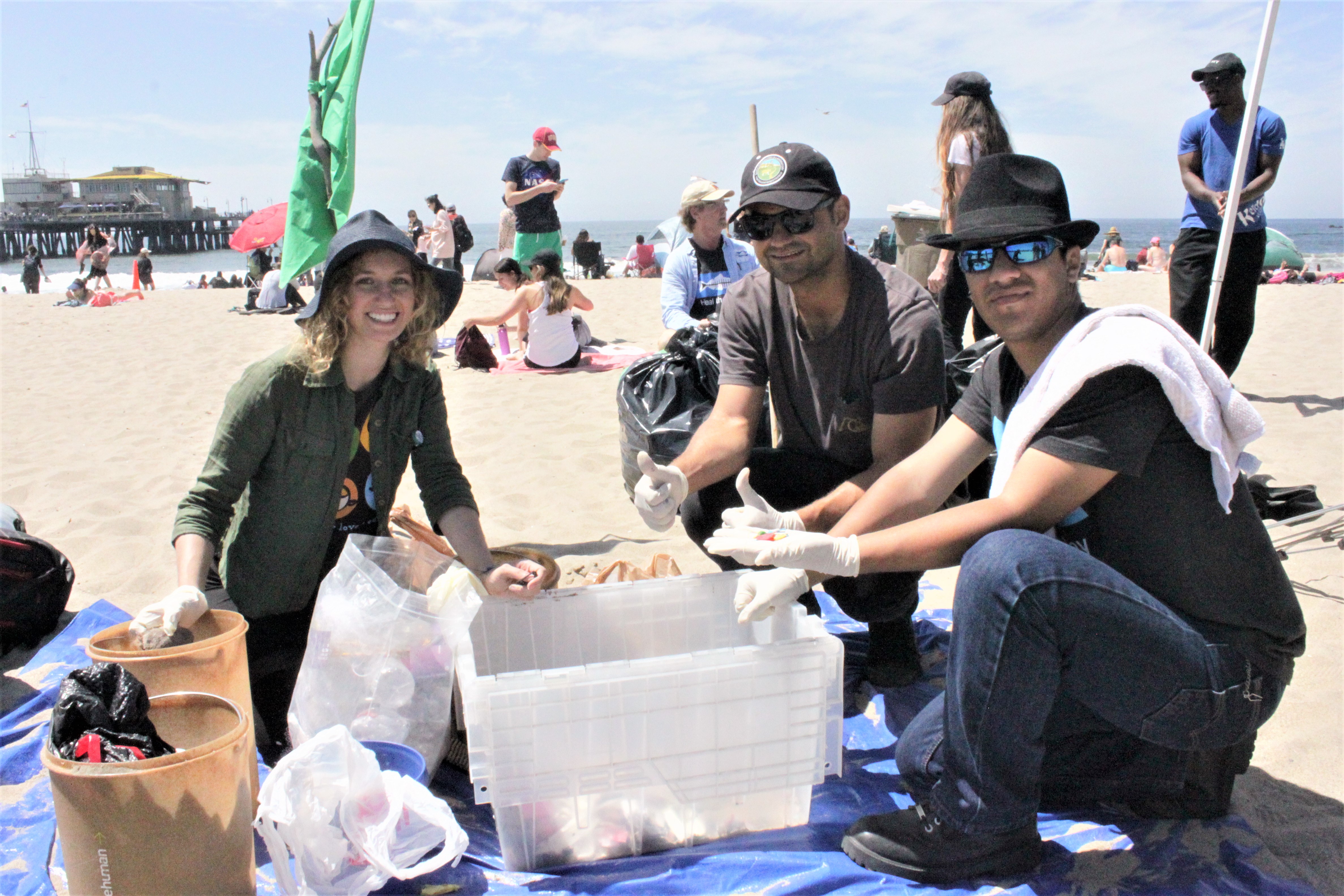 Heal the Bay hosted a celebration on the north side of the pier in honor of Earth Day, April 21. Volunteers were provided with gloves, buckets and data cards to keep track of the items picked up. At the conclusion of the beach clean-up, the participants were invited to visit the Santa Monica Aquarium.

Industrial designer, Venice resident and surfer Taylor Lane was at the celebration on the sand with his custom cigarette surfboard. According to Lane, “10,000 cigarettes, all picked up off the beach” were used to create the functional surfboard. He stated that it only took 10 days to collect the 10,000 cigarettes. “Most of the cigarettes are from San Francisco, and Santa Cruz,” he added. Over the course of the Earth Day celebration, Lane collected cigarettes from volunteers. He recommended that people who smoke, “carry around an aluminum tin for their butts.”

According to Talia Walsh, Marketing and Communications Associate Director of Heal the Bay, “1000-plus people joined us,” and “173 pounds of trash,” were collected during the beach clean-up.

In addition to smoking related items such as cigarette butts, cigar tips and disposable lighters, volunteers also picked up metal, Styrofoam, and plastic items—food containers, straws, balloons, ribbons and more. As the clean-up came to a close, participants returned with their buckets and data cards, and tallied items recovered. Additional volunteers sorted the waste material, removing recyclable items. Julia Lisa, of the Upcyclers, stated that she was looking for plastic pieces.

“We’re working with artists and designers to make fully upcycled mermaid costumes,” Lisa stated as she sifted through incoming buckets of rubbish. According to Lisa, the Upcyclers are both a community organization and a live musical, and in addition to beach clean-ups, the Upcyclers also conduct park clean-ups and host educational events.

The clean-up concluded with a raffle and an invitation to the volunteers to visit Heal the Bay’s Santa Monica Pier Aquarium.

Randi Parent stated that the aquarium hosts a beach clean-up on the third Saturday of every month. “This one is always a big one” she said, “a popular one, because people are focused on Earth Day.” Parent, the outreach manager for the aquarium, added that the trash will “end up out in the ocean if we don’t clean it up before it gets there, and harm a lot of the animals that you can see examples of right here at Heal the Bay’s Santa Monica Pier Aquarium.”

In addition to viewing some of the marine life up close, attendees were able to create biodegradable planters filled with California poppy seeds, listen to an Earth Day-themed story, and attend an interactive presentation titled, “Who Pollutes?”