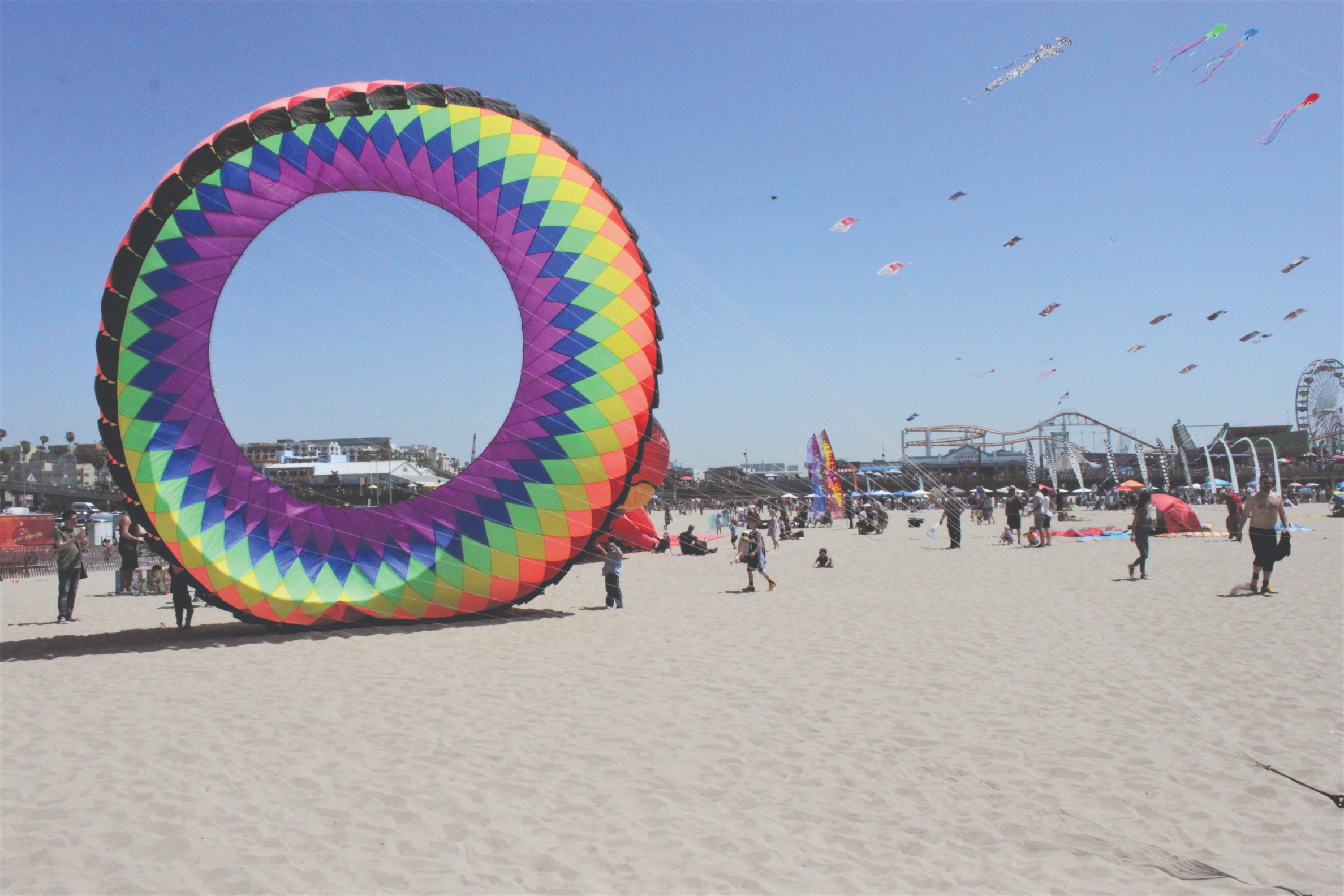 High above the sandy shores of the northern side of Santa Monica Pier, a flurry of color peppered the skyline for the Seventh Annual Kite Festival, Saturday April 14. The event was hosted by Otis College of Art and Design with thousands attending the afternoon long event to build kites, create interactive sculptures, create sandcastles and engage in other art and design activities.

This year the kite festival was dedicated to Tom Van Sant, considered the “father of modern kite making” and in attendance at the event.

“I was in the first graduating class of Otis Art Institute, there were four of us, and that was when Otis was on Wilshire near MacArthur Park,” Van Sant told The Mirror.

“Tom is one of Otis College’s most illustrious alumni,” explained Richard Shelton, Creative Action Director at Otis College of Art and Design. “He’s done public artwork around Los Angeles, he worked with Al Gore on an Inconvenient Truth, and he’s also a kite builder.”

Throughout the festival grounds, a mass of tables enabled attendees to work on crafting their own kites. Adults, children and families, used an assortment of provided materials to cut, design and build small, colorful, kites. Pricilla, a teen in attendance with her grandmother, decorated her kite to reflect her educational goal.

At another table Jim Withrow, an older kite builder, came with his wife; they have both volunteered for the festival for the last four years. “It is a lot of fun,” said Withrow.