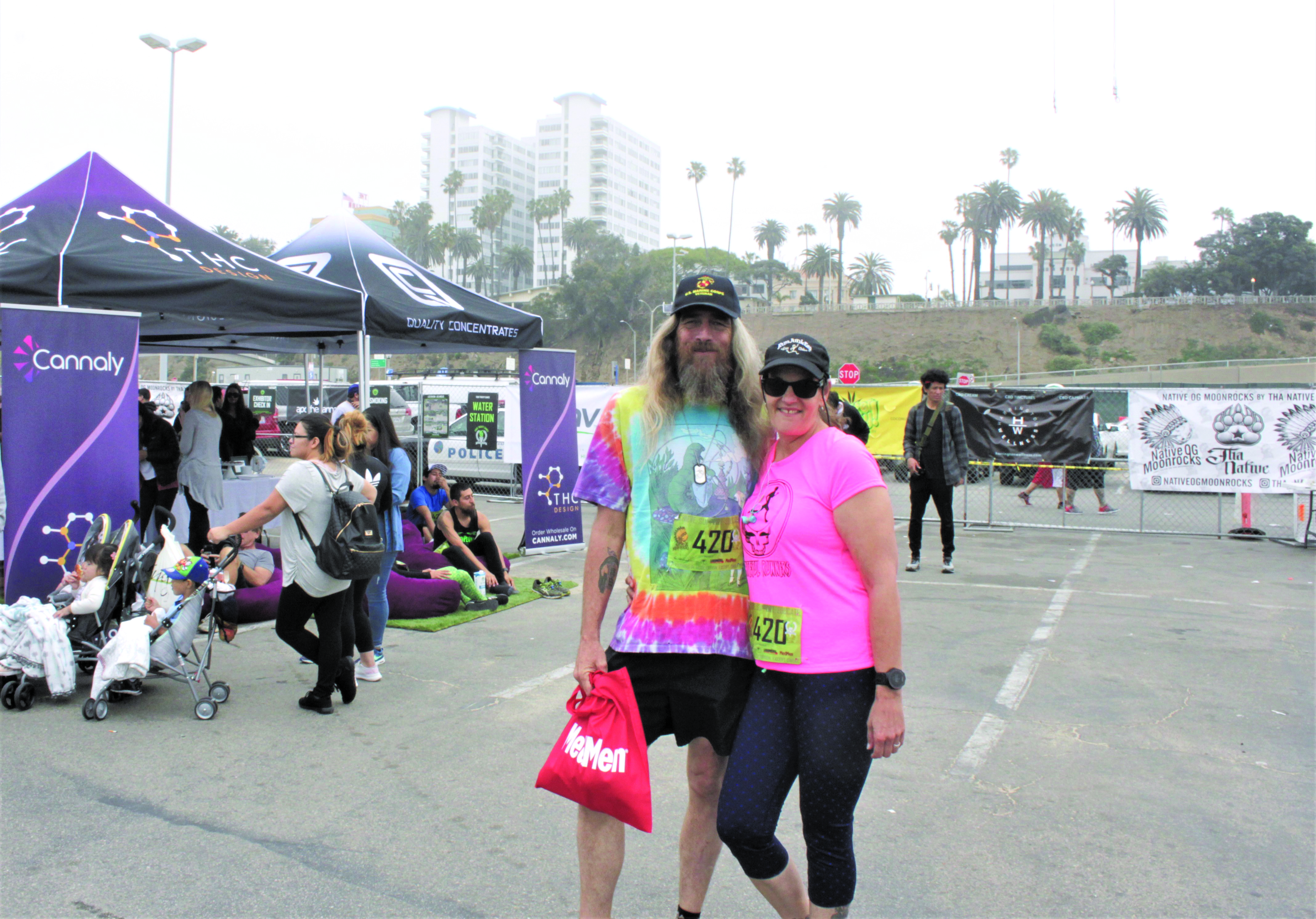 The annual Four Twenty Games returned to Santa Monica, Saturday March 31, with a two-day schedule of tournaments, performances and group activities. 2018 marks the third year that the games have been hosted in Santa Monica. Both days included a 4.2 mile run and post-run group yoga. The games themselves are held on the northern side of Santa Monica Pier.

“Our first event in Santa Monica was in 2016,” explained founder Jim McAlpine, adding that his mission is to establish a positive and respected outlook on cannabis by hosting athletic events.

He and other attendees hope that the games help change the stigma that cannabis users are “lazy, unmotivated or ‘stoners.’”

Returning for a third year were Randy Adams and Seandra Miller, “we run competitively,” said Adams; “this was like running with friends,” added Miller. “We’re ready for lunch” they concluded. They were two of the estimated 1,500 runners at the games. In addition to runners, BMX cyclists and skaters were also in attendance.

More than 50 exhibitors participated in the third annual games, Stephanie Choi said that she had prepared a non-psychoactive CBD (cannabidiol) version of Mondo Meds’ edible cannabis powder. We use “organic coconut oil, cacao butter and non-GMO tapioca starch THC for our recipe.” Other booths exercised a similar practice of using CBD in the foods and beverages they served.

Brian Edwards, a resident of Venice, said that he feels as though the city of Santa Monica “has warmed up to the Four Twenty Games, we can have fun [cannabis] events and can people go home safely.” He has been attending the games since 2016.

Even though recreational use of cannabis is now legal in California, McAlpine clarified that the Four Twenty Games is not a “smoke in.” Officers from the Santa Monica Police Department walked through the event grounds – just in case. For more information, visit: 420games.org.