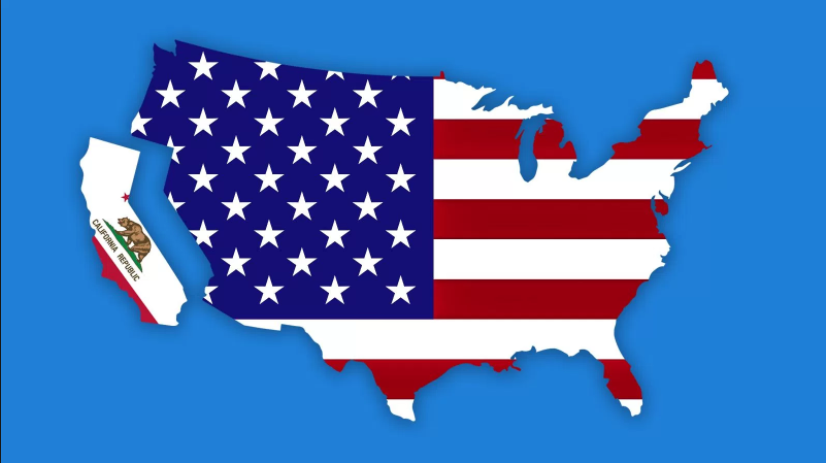 Since the Civil War, no state has resisted the policies of a single President more than California today as it fights to fend off many measures President Trump and his cabinet have ordered.

From smog control to sales of federal lands, immigration policy to oil drilling, health care, census questions and much more, California is doing all it can to avoid going along with Trump, the second President of the last three to have been elected with a minority popular vote and only the fourth ever to reach office in that dicey manner.

As of mid-April, California Attorney General Xavier Becerra had filed 32 lawsuits trying to stave off major policy changes by Trump. Then came the announcements of a coming federal attempt to take away California’s unique authority for setting air pollution standards and a move toward selling government-owned land in the state’s deserts and mountains.

But it’s far from certain the Trump agenda can be drowned by a flood of legal briefs. That’s because the Constitution’s supremacy clause gives priority to national laws and regulations over state ones when they conflict.

Legally, resistance to a Trump attempt at removing California’s anti-smog powers appears the one case with the best chance of ultimate success, because federal Environmental Protection Agency chief Scott Pruitt would have to prove California applied for its authority on flawed grounds. This requirement is part of the 1970s-era Clean Air Act signed by then-President Richard Nixon. California has no other powers different from other states.

This makes it seem that the real hope behind many Becerra lawsuits is to delay matters until voters can oust Trump in 2020 – if they do. Should these cases reach the Republican-dominated U.S. Supreme Court earlier than that (or if Trump is reelected), the resistance movement might hit a wall.

That’s when the almost-forgotten secession movement known as Calexit might suddenly revive. Sentiment to split from the Union ran as high as 32 percent in polls taken soon after Trump assumed office last year. If the high court should trash cherished state policies that embody what U.S. Senate candidate Kevin de Leon calls “California values,” sentiment could grow stronger than that.

If this feeling develops, voters might be able to express it at the polls this fall. For the pro-secession “Yes California” group, which claims 44,000 members, will start circulating initiative petitions late this month for a measure called “The California Self Determination Act.” It demands a popular referendum on May 4, 2021asking voters if they want the state to become independent. If a majority then say yes, the Legislature would have to issue a declaration of independence within one week.

“After Trump was selected,” says Yes California president Marcus Ruiz Evans of Fresno, “there were two reactions. One was Calexit and the other was resistance. The resistance…has more attention than Calexit now. But the movement feels that’s going to shift dramatically within the next three months.”

Ruiz claims the resistance movement is “based on the idea that protest can compel politicians to stop…Trump through lawsuits.” None of those suits has yet reached the Supreme Court, he notes, predicting that when they do, things will change. “What happens when the court…shoots down all the California lawsuits? It will be laid bare to the public that California politicians…can’t protect their people as long as they’re part of America and have to abide by federal law.”

Ruiz thinks that could happen this spring, even as secession initiative petitions are circulating. But odds are it will take longer than that for most of Becerra’s lawsuits to reach the nation’s top court.

Meanwhile, Calexit backers are unlikely to be dissuaded if they fall short of the signatures needed to put their preliminary measure to a November vote. They’d be sure to come back with another effort, perhaps moving the date of their desired secession referendum back a year or two.

But Ruiz may be correct in seeing potential here for a significant secession movement so long as Californians feel strong antipathy for Trump and the supremacy clause he’s trying to use to roll back many years of California environmental and social policy.