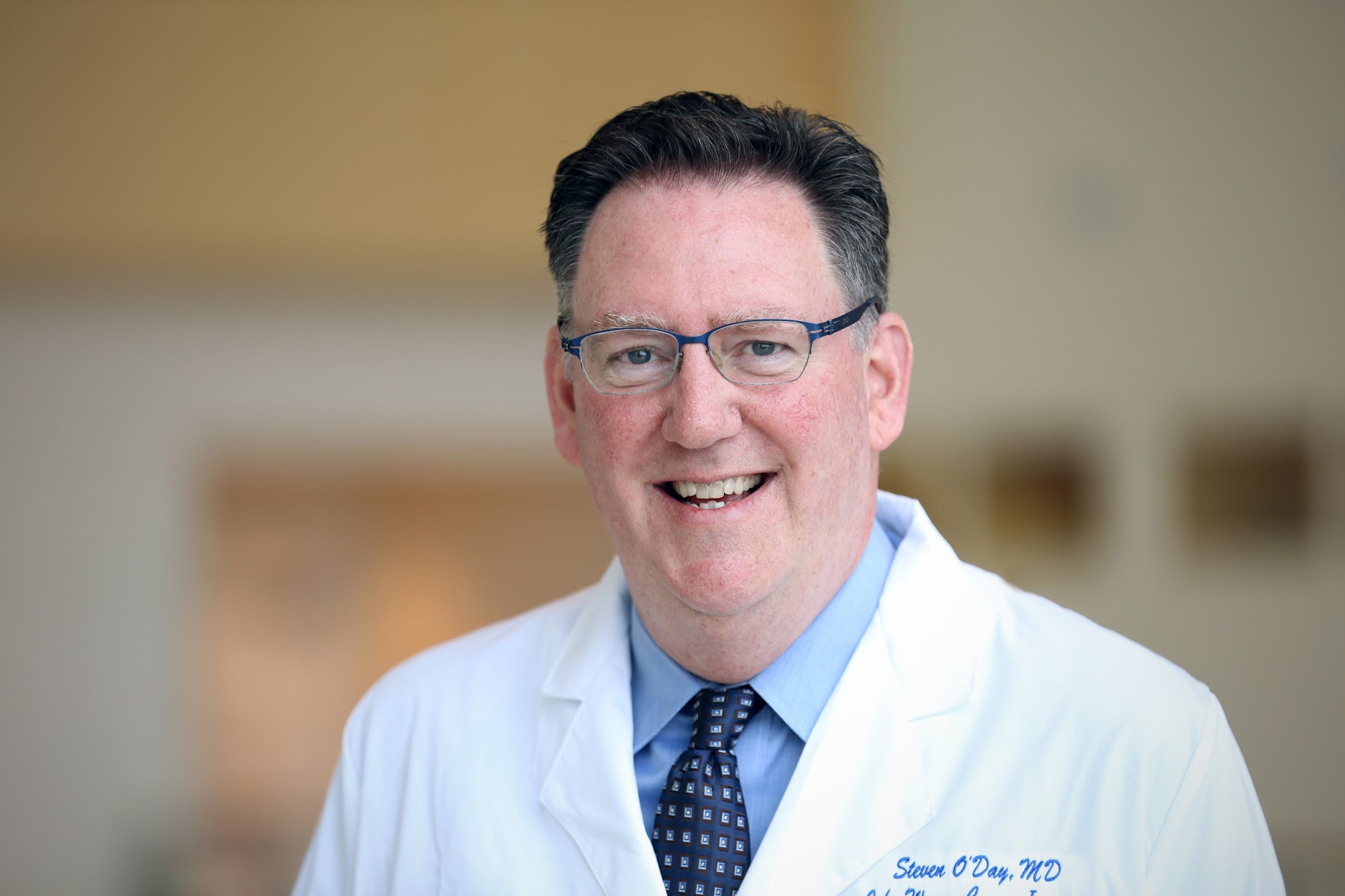 Steven J. O’Day, MD is the Professor of Medical Oncology and the Director of Immuno-Oncology and Clinical Research at The John Wayne Cancer Institute and Providence Saint John’s Health Center in Santa Monica, California. Through his work at the John Wayne Cancer Institute at Saint John’s Health Center, Dr. O’Day has revolutionized how melanoma is treated around the world. He has begun applying that same treatment to other cancers in hopes of making as big of an impact on solid tumor treatments as he has done with his work in melanoma.

Dr. O’Day explained that new treatments for melanoma involve giving patients intravenous T-cell antibodies to reinvigorate T-cells that have been exhausted or rendered inactive by a cancer, bringing them back into a working state.

This treatment has resulted in a long-term benefit for 50 and 60 percent of melanoma patients, and has been approved for use in the treatment of lung, bladder, kidney, head, neck, and other cancers. The more the treatment is refined, the success rate will steadily approach that of its efficacy against melanoma.

Dr. O’Day has been practicing at Providence Saint John’s for more than 20 years “It’s been very gratifying to see the success in melanoma, and now I spend a lot of time educating doctors around the world how to use these drugs not only on melanoma but other malignancies,” said Dr. O’Day.

Aside from his work in immunotherapy, additionally, Dr. O’Day works with the team at the John Wayne Cancer Institute in researching and developing new treatments, through clinical research and laboratory research.

Through clinical research, the staff at the John Wayne Cancer Institute runs clinical trials, testing the efficacy of newly developed treatments against a control group of patients. Laboratory research involves analyzing tissue and blood samples from patients with specific responses to new treatments in order to analyze what in the treatment caused that particular result.

Grants from the federal government, private foundations and philanthropic donations all support the cutting-edge and high level of research that defines the work being done at the John Wayne Cancer Institute.