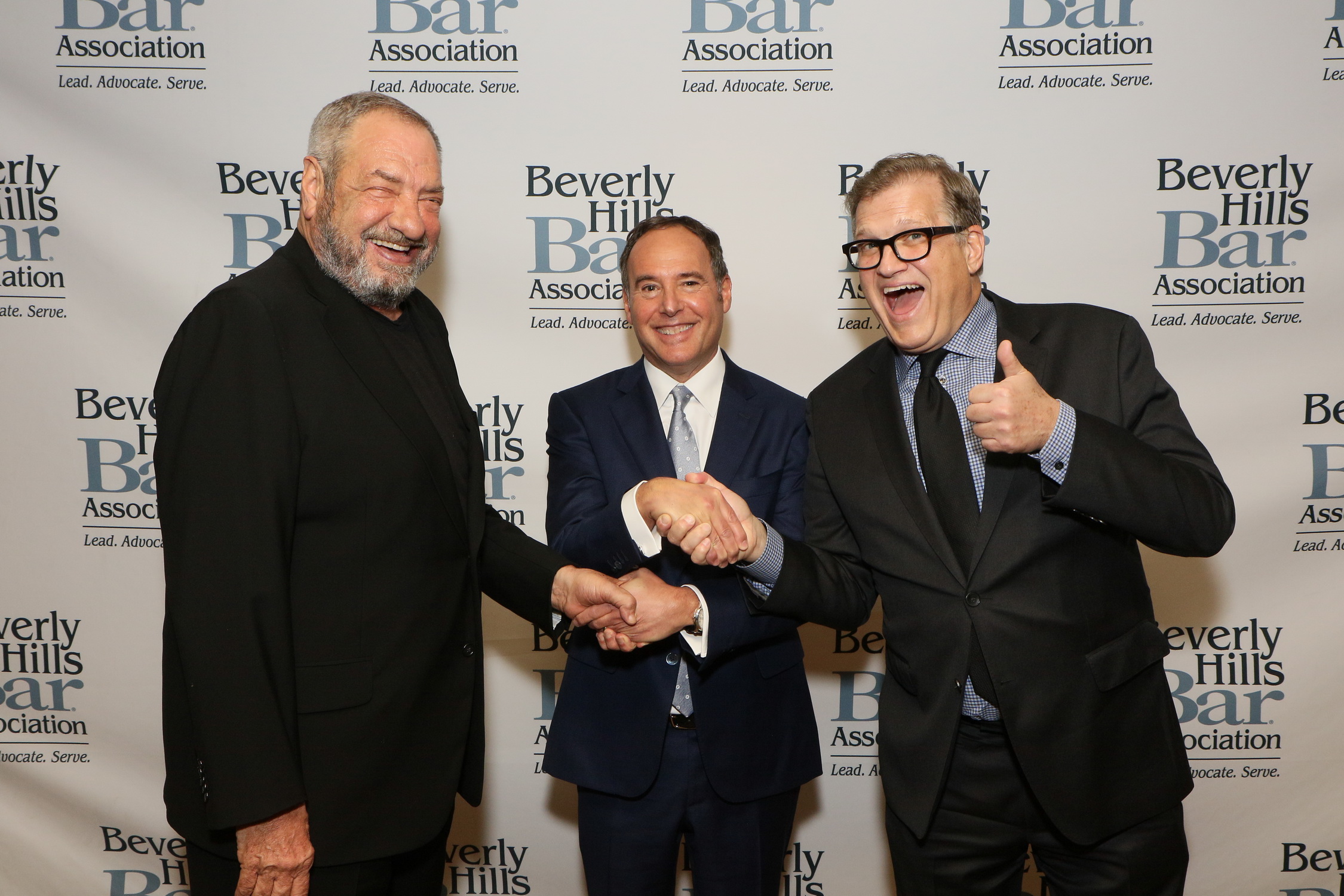 A capacity crowd of 350 people celebrated Cliff Gilbert-Lurie, Senior Partner at Ziffren Brittenham LLP, one of the premier transactional attorneys in the entertainment industry who was honored as the Beverly Hills Bar Association’s (BHBA) 2018 Entertainment Lawyer of the Year by the BHBA’s Entertainment Law Section at its prestigious annual Awards Dinner on Thursday, May 3, 2018, at Montage Beverly Hills.

Academy Award-winning actress Sandra Bullock and Dick Wolf, one of the most successful producers in the history of television, were among the guest speakers celebrating his accomplishments, and Drew Carey served as the master of ceremonies for the sold out event.

The Entertainment Lawyer of the Year Award honors leaders in entertainment law for significant contributions to the profession.  It has been presented annually since 1989 by the Beverly Hills Bar Association, which has the largest entertainment law section of any bar association in the world.  The event benefits the BHBA’s education and community outreach programs.

“Cliff Gilbert-Lurie, a highly sought after legal standout, has a great depth of knowledge and expertise across a broad range of the entertainment law business from talent to technology,” said BHBA President Richard D. Kaplan.  “He is widely acknowledged by his legal peers and clients as a superb and creative strategist.”

“I accepted this very gracious invitation to be honored by Beverly Hills Bar Association,” said Gilbert-Lurie, “because the dinner creates a moment to tell my clients, partners, friends in the entertainment business, and family, how much they all mean to me, and to thank them for their trust and confidence in me over the years.  It has been their own achievements and successes, and their friendship and support, that has allowed me to enjoy my professional success.”

The Beverly Hills Bar Association, founded in 1931, is the fifth largest bar association in California, with nearly 5,000 members.  Its mission is to serve its members, to lead the legal profession and to advocate for justice in the community.  For information on the BHBA, please call (310) 601-2422 or visit www.bhba.org.