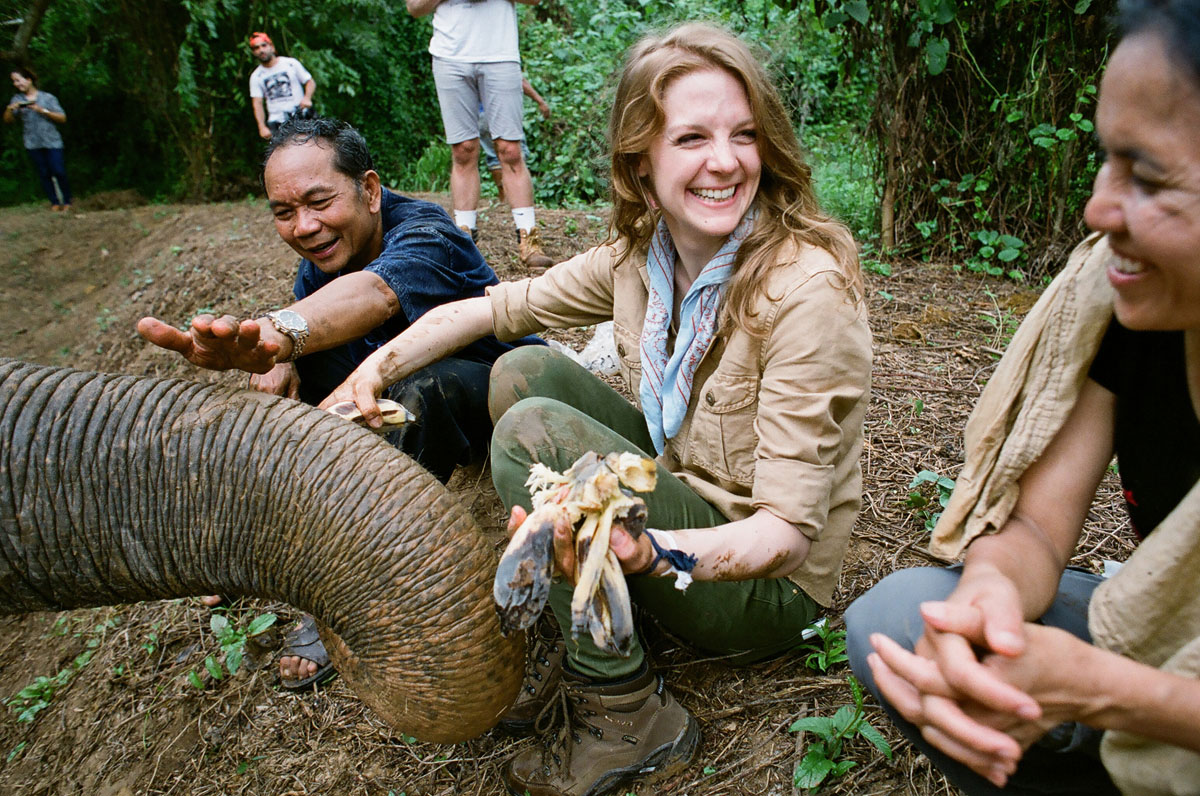 Our planet is being attacked.  Under the direction of the unscrupulous Director of the Environmental Protection Agency, Scott Pruitt, we witness destruction of environmental protections enacted under President Obama’s administration. Ironically, when Pruitt was Attorney General of Oklahoma, he sued the EPA to try to block rules that protect our air and water. At the behest of the Trump administration, Pruitt made sure the words “climate change” were deleted from EPA language, validating the ignorant belief that climate change is just a “hoax. ” Another horrifying reversal is Trump lifting the ban on importation of animal trophies such as elephant tusks.

Education is paramount so a big thank you must go to KCETLink Media Group and the Thomson Reuters Foundation for the second annual “EARTH FOCUS Environmental Film Festival” whose purpose is to bring awareness and dialogue of the effects of global warming. The only one of its kind, the festival kicked off at Sony Studios with the West Coast premiere of “Love & Bananas: An Elephant Story,” a film which illuminates the barbaric treatment of elephants. The story revolves around Asian elephants rather than those inhabiting Africa where elephants are slaughtered for their ivory.  However, the plight of the Asian species is not as well known even though those are the elephants used in zoos, circuses, or elephant rides.

“Love & Bananas,” is a well-made documentary written by Ashley Bell, John Michael McCarthy, and Fernanda Rossi, featuring Bell as the on-camera narrator.  She takes us on an arduous journey with a team of elephant rescuers led by world-renowned Asian elephant conservationist and TIME Magazine’s “Hero of Asia,” Sangdeaun Lek Chailert. This dedicated group drove 480 miles across Thailand to rescue Noi Na, a 70-year-old partially blind trekking elephant.  Ultimately, they bring her to a sanctuary where she can live out her life in an environment similar to a natural habitat where she can roam freely and interact with the rest of the rescued elephants. Abramorama has acquired the North American theatrical distribution rights for “Love & Bananas” so watch for it at your local theatre.  It’s quite fascinating.

The EARTH FOCUS series will spotlight undeniable effects of climate change, especially relative to recent devastating floods as well as future potential catastrophic “natural” disasters. There is hope, however, as cities surrounded by water such as San Francisco, which is already experiencing sinking land, or New Orleans, which was devastated by Hurricane Katrina, are already investing millions of dollars in the development and building of levies, as well as developing long-term plans to prevent the potential destruction of other cities at sea level.

Louisiana is learning from Hurricane Katrina. Forecasts are dire for Louisiana to experience the second-highest sea level rise in the world. There is a big movement brewing in New Orleans to build adaptive “resilience zones.” In Southeast Louisiana, the native peoples of the Isle de Jean Charles have become the first U.S citizens moving within their homeland displaced by climate change.

“Climate Migration” – Wednesday, May 2 on KCET and Thursday, May 3 on Link TV.

Populations are dramatically shifting as climate change drives migration. Droughts and floods are driving many people away from their rural, farming communities into big cities. We see how this is manifesting in Mongolia and examine the factors leading to the new community of Haitian people living in limbo at the border between Mexico and the U.S.

Two cities, San Francisco and Freetown, brace for climate change using vastly different methodologies. San Francisco’s developers are building expensive real estate on floodplains as officials try to heed expert projections on future sea levels.  On the other side of the world, a deadly mudslide caused by torrential rains and deforestation in Sierra Leone shows the consequences of city planning that doesn’t take climate change into account.

“Adaptation to Global Water Shortages” – Wednesday, May 16 on KCET and Thursday, May 17 on Link TV.

Anticipating future water needs, two regions on opposite sides of the world turn to technology for answers.  Western Morocco, near the Sahara Desert, is currently facing unprecedented drought and groundwater mismanagement. But an ancient method of gathering moisture from fog is being taught to 13 villages, allowing people to have a level of local control over their most basic need.  Central Valley California: The food basket of the world uses nearly 80 percent of the entire state’s water supply. Yet there are still close to one million people who don’t have access to clean drinking water. Researchers at UCLA may change that through a technology that would allow unincorporated rural communities to control how contaminated water is treated.

Communities and innovators all over the world are creating new sustainable food sources that are resilient to climate change and growing populations. In Madagascar we see how villagers are closing off marine areas to allow the fish supply to replenish at a natural pace. In San Diego, California, aquaculturists are exploring open ocean farming as a more sustainable model for the fishing industry.

With so much biodiversity in the highly urban area of Los Angeles, species are thriving despite human interference, and in some cases because of it.

This is one series you will not want to miss.  As dramatic as this may sound, the life of this planet is at stake and knowledge will lead to action.

By Beverly Cohn May 3, 2018
in Life and Arts, News
Related Posts