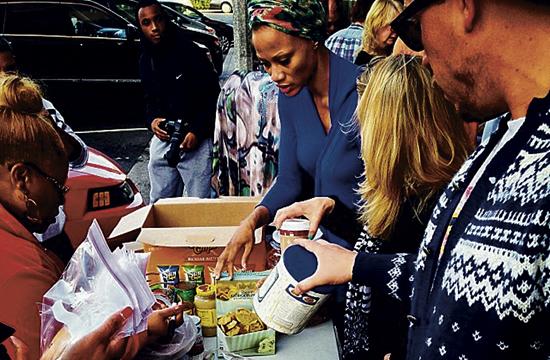 Dear Santa Monica residents concerned with the problems related to those homeless at Reed Park,

I wanted to respond to the complaints about providing food to those who are homeless in Reed Park.

We want to express that we are sorry for the problems which we may have contributed to by providing lunches on Sunday afternoons. We can understand how frustrating it has become to have a public park space become something that does not serve the local residents and their children. We will conclude our provision of lunches before the end of this month on May 20th .

I want to explain that there has been a group of lives which have been making and providing these meals every Sunday for nearly 20 years. This began when we were centered in the Reed Park neighborhood …having met for years at Lincoln Middle School and then Trinity Baptist Church space. Having since become more Westside centered in Mar Vista, those involved felt some obligation to maintain their relationship with those in need at Reed Park. (Many connected with the Westside Vineyard are also Santa Monica residents.) During these past several years I have been aware of some concerns and heard at least some of the differing convictions that arise regarding providing food. We have sought to engage some of the entities who are serving and seeking solutions for those living on the streets and in their cars. We have had conversations with law enforcement, St. Monica’s, and others. Nonetheless, at this point, I want to take responsibility for not having engaged this in a more conclusive fashion. Having not had leaders directly involved in the local strategic process, we should not have continued our involvement as long as we have. I want to personally apologize for how this has added to problems experienced by the local residents who are seeking compassionate and cohesive solutions to the needs at Reed Park.

I hope that all involved can appreciate the hearts of those who gather after worship each week to make lunches for those who are hungry. We will seek to transition those hearts and resources to needs which don’t involve the conflict with residential issues. I hope that you can appreciate that I want to honor the many years of relationship with the lives at Reed Park by giving these final weeks to communicate this change to both those who serve and those who are served.

Again, we will conclude our provision of lunches on the 20th of this month.

May we all continue to grow in seeing the person… and not just the problems they may create. I can be as quick to judge another person’s worth based on their current condition and manner. I can identify another’s behavior as a means to assign them to a status wholly separate from myself… a status which can be publicly shamed… and simply cast as the enemy. Labels may serve some practical use, but they often serve to separate us from the far more fundamental humanity that we share in common. May we all learn to slowly lay down the stones we have been so quick to project onto others.