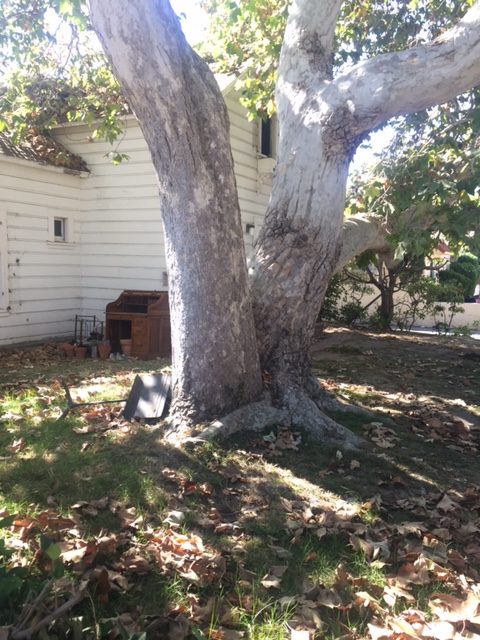 Dear Editor,
Just a final reminder that the fight to save and LANDMARK a native California Sycamore tree at 1122 California Avenue FINALLY happens TONIGHT after months of delays by the city and the landowner.
TONIGHT, Monday, May 14th in Santa Monica City Hall Council Chambers, 1685 Main St. in Santa Monica at 7:00 p.m., the Santa Monica Landmarks Commission will be deciding if the tree meets at least ONE of six criteria for Landmark Status. It actually meets four of the six, and the two others apply only to buildings. There are only three land-marked trees in the city, and NONE of them are NATIVE to Santa Monica like the California Sycamore on California Avenue.
There are other factors which support the tree’s landmark status. Santa Monica’s Urban Forest Task Force has voted unanimously for landmark status, and the Santa Monica Conservancy has also just endorsed landmark status for the tree. The tree is also mentioned in THE definitive book on local trees, “Trees of Santa Monica”, 1956, by George T. Hastings, the “John Muir” of Santa Monica trees. A local Audubon expert says a hawk made at least one of the two nests in the tree, which serves as a natural bird-feeder along the West Coast Flyway. Falcons and owls have also been observed in the tree. The “Hanford” house on the property is believed to have been built in 1882, four years earlier than the city itself. It was also moved to and reconfigured at the 1122 California Ave. location. The move and reconstruction was apparently noteworthy enough at the time to be prominently reported on and featured in the 1939 edition of “American Home Magazine”.

Please see the attachments for documents on the above items.
Several arborists have examined the tree and ruled it big, healthy, thriving and nearly a century old, with 200 or even 300 years of life ahead.  The most amazing collection of residents, advocates and groups have banded together in support of the landmark application. A developer would have already cut the tree down if it were not for the efforts of residents, and members of the Wilmont Neighborhood Coalition, which voted to support the effort by filing the application.
We have several more visual elements and are available for interviews anytime before, during and after the meeting.
It’s a worthy story about worthy people fighting for a worthy cause.
Please cover it. Our contact information is below.
Sincerely,
John Cyrus Smith
Wilmont Neighborhood Coalition​.
By admin May 14, 2018
in Opinion
Related Posts