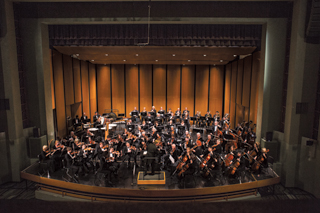 Santa Monica Symphony Concert to commemorate the end of WWI.

This year marks the 100th Anniversary of the WWI Armistice. The Santa Monica Symphony (SMS) will be paying homage to those who fought and died in the war with a special, admission-free Memorial Day Weekend program this Sunday, May 27 at 7 p.m. in Barnum Hall.

In addition, the Santa Monica History Museum will be providing a pop-up exhibit of WWI artifacts in Barnum’s lobby that audience members can peruse before or after the performance.

The program for Sunday’s concert includes works by Ravel, Butterworth and Vaughan Williams, all of whom contributed to the war effort. Maurice Ravel served as a truck driver during WWI, driving munitions at night through heavy German bombardment. Ravel lost a number of friends over the course of the war and each movement of his “Le Tombeau de Couperin,” which will open the program, was dedicated to fallen friends.

“The first piece on our program commemorates the end of the first World War. It’s also an opportunity to feature our brilliant principal oboist, Vicky Lee, who has been with us for several years,” said SMS conductor Guido Lamell. “Le Tombeau de Couperin” is one of the mandatory principal oboe solo parts expected in any principal oboe audition for a major orchestra. We’re very happy to showcase her in this beautiful work.”

The orchestra will also be performing The Banks of Green Willow by George Butterworth, a promising young British composer, whose life was tragically cut short at age 31 in the Battle of the Somme in 1916.

“This is his most popular and beloved work. It contains beautiful melodies and harmonies and, in the middle section, rises to a wonderful orchestral climax,” Lamell said.

Ralph Vaughan Williams’ Symphony No. 3, also known as his “Pastoral Symphony”, opens the second half of our program. Inspired by a few lines he heard a bugle playing during the war, this symphony has become known as Vaughan Williams’ elegy for those who perished in WWI and a meditation on the sounds of peace.

“It’s a great work and one of the unsung gems of the symphonic repertoire,” Lamell remarked. “I’m surprised that in my 39 years with LA Philharmonic, we’ve never played it. This may, in fact, be a West Coast premiere. “

The final piece on the program is Manuel De Falla’s Ritual Fire Dance from the ballet El Amor Brujo. A contemporary of Ravel, Butterworth, and Vaughan Williams, the Ritual Fire Dance was composed a year after the start of WW1. It is a brilliant and exciting dance that Lamell claims “will set the place on fire with its driving rhythms.”

All veterans of the US Armed Forces will be recognized and honored at Sunday’s performance. For more information about the concert, please visit www.SMSymphony.org.